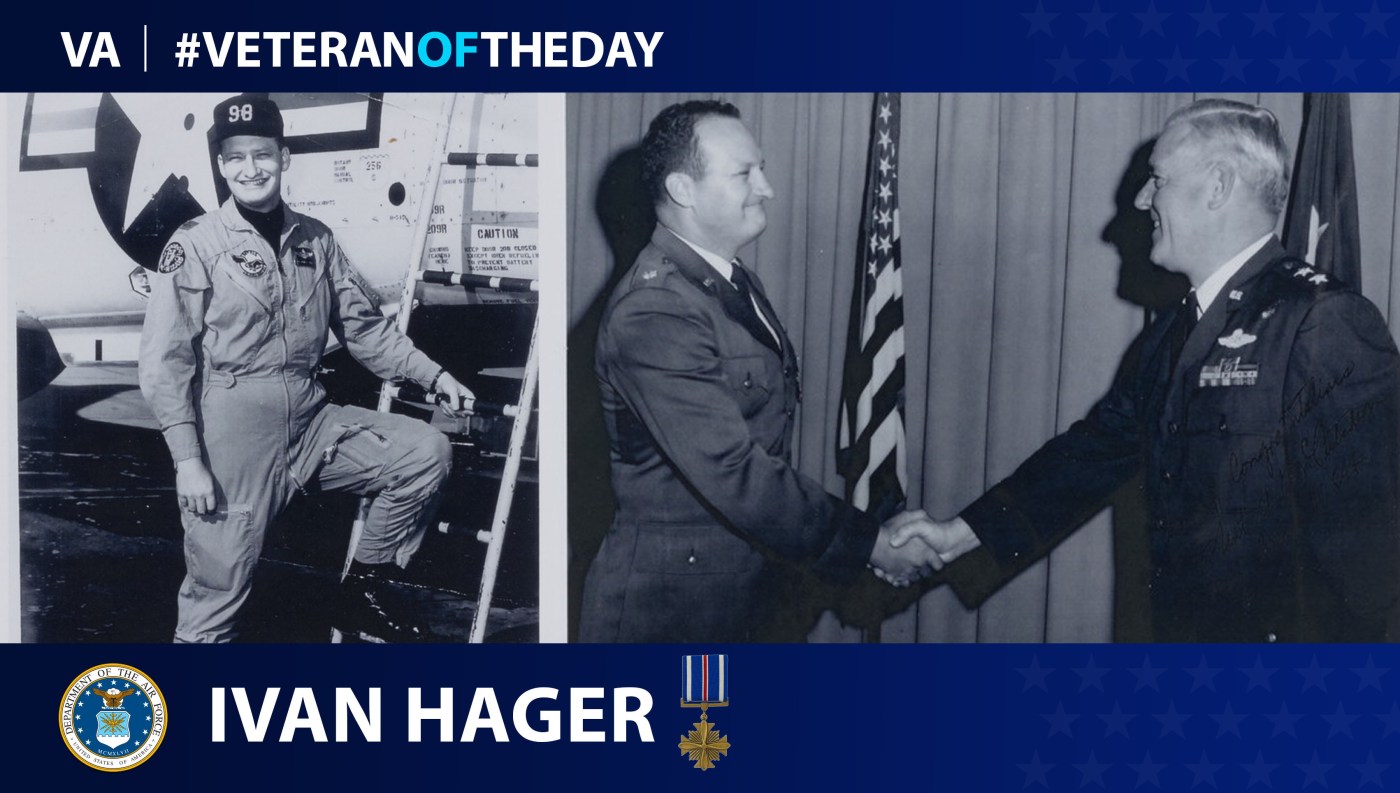 Today’s #VeteranOfTheDay is Air Force Veteran Ivan Hager, who served as a navigator during the Vietnam War and received two Distinguished Flying Crosses.

Hager’s first assignment was with the 29th Fighter Interceptor Squadron in Montana. He enjoyed the long winters there because he had the opportunity to get to know his fellow service members while sheltering indoors from the weather. After 18 months in Montana, Hager was assigned to Goose Bay in Labrador, Canada, including three months spent in Thule, Greenland. Hager missed his wife and two young daughters dearly during this time.

Following his tour in Goose Bay, the Air Force sent him to McClellan Air Force Base in Sacramento, California with the 964th Airborne Early Warning and Control Squadron. He completed many search and rescue missions during his time there, sometimes in foggy conditions. Hager was then stationed with the 98th Fighter Interceptor Squadron at Suffolk County Air Force Base in New York, now Frank S. Gabreski Air National Guard Base. After Hager completed his assignment, the Air Force sent him to the University of New Hampshire where he earned a bachelor’s degree in electrical engineering.

By the time Hager finished his degree, war had broken out in Vietnam requiring him to move to Clark Air Force Base in the Philippines to serve as a navigator on aircraft that airlifted supplies to Vietnam. During Hager’s deployment, he received two Distinguished Flying Crosses. Hager served as a navigator on aircraft dropping emergency supplies while under fire during both missions; on the second mission, his aircraft sustained severe damage from anti-aircraft fire. Hager left the Air Force in 1973 at the rank of lieutenant colonel.

After leaving the Air Force, Hager worked for a dairy company and then owned an electronics store. He was also involved with his church and the Kiwanis Club. Hager passed away in June 2018 at the age of 85.