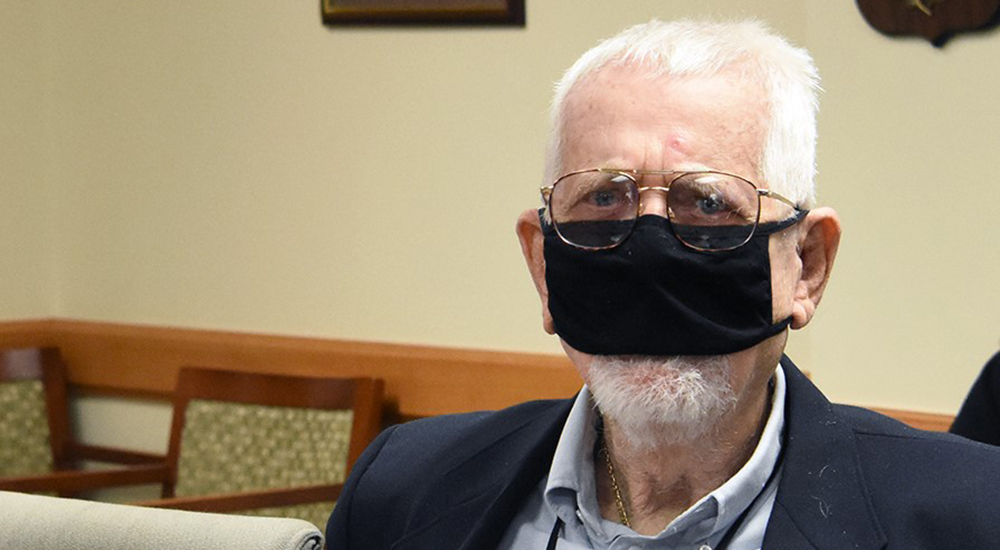 In 1964, Coast Guard Veteran Cannie Lee Cody was the lead detective on the murder of Johnnie Mae Chappell, a 34-year-old Black woman, wife and mother of ten children.

This was in Duval County, Jacksonville, Florida.

Cody located and arrested the four men charged with the murder. Only one was convicted… of manslaughter, serving just three years in prison.

Because Cody continued investigating the case, he was fired from the Duval County Sheriff’s Office. Despite his dismissal, he persevered with the investigation. He published a book in 2011, unsuccessfully urging politicians to pursue legal action for what he described as corruption in the still unsolved case.

Cody (pictured above) was recently recognized for his actions in a ceremony at the Gulf Coast Veterans Health Care System in Biloxi, Mississippi.

“You were determined to fill your life by helping those in need and you suffered ridicule and job loss by helping others. You were demoted and then fired for poking the hornet’s nest of my mother’s murder.

Nurse Stephanie Page-McClure tearfully explains the impact Lee Cody’s story had on her during the historical impact celebration.

“You endured death threats for being a law enforcement officer who wanted to be fair to everyone, not just those who looked like you. In all the instances of ridicule you faced, you were willing to help me and my family in any way you could, and for that I say thank you.”

Health Care System Director Bryan C. Matthews added: “He didn’t see race at a time when our nation did. He devoted decades to ensuring the murdered wife and mother of ten is not forgotten.

“His tireless efforts represent the good of our nation and that of our United States armed forces. His selfless dedication to the pursuit of justice, often in the face of adversity, is an example of what our Veterans can do.”

Congressman John Rutherford (R-Fla.), also a Veteran of the Duval County Sheriff’s Office, serving after Cody, said at the ceremony that Cody’s perseverance has continued to impact the office.

“It’s historical the impact this gentleman has had,” Rutherford said. “For Lee Cody to do what he did during those times was inspiring for generations. That change from between where we were and where we are is significant.

“You’ve been an inspiration to me for several years. Thank you for everything you’ve done for justice, for the Jacksonville Sheriff’s Office and the Chappell family.”

“It touched my heart and I’m forever changed knowing his story,” McClure said. “Cody spent decades trying to ensure justice was served, and he met with Chappell’s family members to try and provide some sense of closure.

“We not only are honoring him for his service to our country but for his continued efforts and service to the American ideal of inclusion and equality.”

The Biloxi VA Medical Center and the Joint Ambulatory Care Center (JACC) in Pensacola, Florida, are part of the GCVHCS. So are the Mobile, Alabama; and Eglin and Panama City, Florida, VA clinics. The GCVHCS is headquartered in Biloxi, Mississippi, and provides a variety of medical outpatient services to more than 70,000 Veterans.