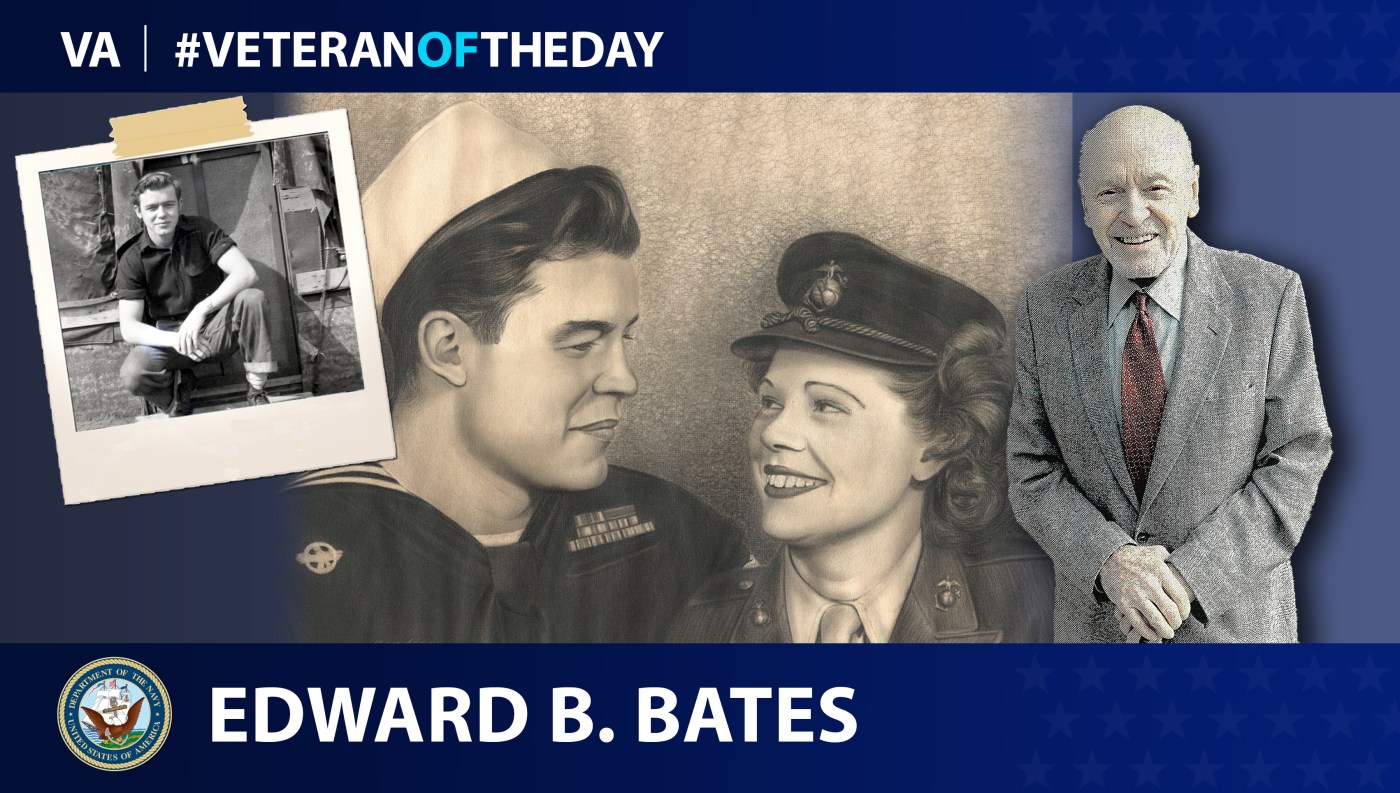 Edward Bryant Bates served as a Navy cryptologic technician during World War II and the Cold War, from 1942 to 1952. He joined for reasons similar to those of many Americans of the time: Pearl Harbor. Originally, Bates went to San Francisco to volunteer for the Marine Corps, but they turned him down because the recruiting officer knew he was lying about his age. Instead, he became a merchant marine at the age of 17. Bates officially joined the Navy a year later in December 1943.

Bates completed his boot camp in Farragut, Idaho in January 1943, becoming a part of the 3rd Battalion. Afterwards, he completed more specialized training in Boulder, Colorado, for four months. He then went to advanced naval intelligence training in Seattle, Washington.

When he deployed to the Pacific Theater, he spent 18 months combating the Japanese. Bates’ responsibilities consisted of a variety of duties, however, in combination with the Army Air Forces’ efforts, he intercepted Japanese naval messages and monitored enemy ship movements. Once American ships discovered Japanese vessels via radar, American ships intercepted them. He was stationed in Kolkata, India, when the U.S. dropped the first atomic bomb on Nagasaki, Japan, before traveling back to the U.S. when the war ended.

After World War II, a naval intelligence officer requested Bates to reenlist to serve as a cryptologic technician again, this time, against the Soviets in the Cold War. He served four years after 1952 as an active Reservist.

After his time in the Navy, Bates served three terms as a sheriff. While he was sheriff, Bates attended college through the GI Bill, later completing training at the FBI Academy in Quantico, Virginia. He would go to the academy twice, once in 1974 for regular session training, and 1976 to complete advance criminology training. Bates then attended the School of Criminology and Criminal Justice. He received a bachelor’s and master’s degree in criminology. After his retirement from law enforcement, Bates taught criminology at Fresno State, until his full retirement in 1990.