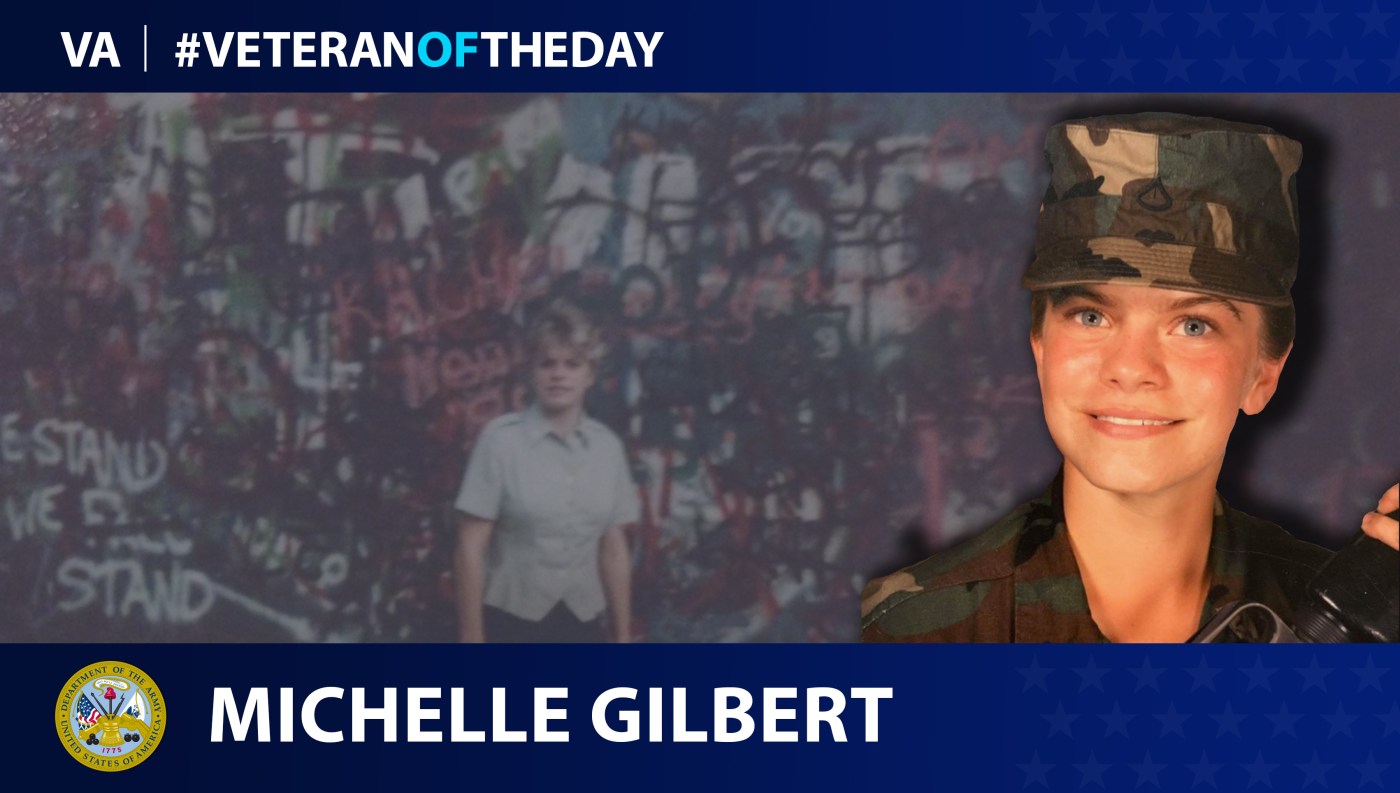 While attending college near her current hometown of Round Rock, Texas, Michelle Gilbert enlisted in the Army. Gilbert said she wanted to travel the world and honor the hard-working principles passed down in her large Italian family. Luckily, she did in fact get to travel; her first overseas tour was in Germany from 1987 to 1991.

Gilbert held various positions over the course of her military career. She served as a typist, executive assistant, personnel specialist and recruiter for a total of 22 years of active service. She spent additional years in the Army National Guard in Texas.

While in the Army Gilbert earned her Bachelor’s degree in criminal and social justice. She retired as a sergeant first class in 2014.

Gilbert soon after became a Veteran Career Advisor and Disabled Veteran Outreach Program Specialist with the Texas Veterans Commission, where she currently works.

Looking back on her time in the Army, Gilbert recalled one of her most memorable moments seeing Michael Jordan while stationed in Frankfurt, Germany. “It was the day that cemented my love for the Army,” she said. Gilbert remembered the general greeting Michael Jordan, and the level of respect in the room towards the general, not only from the soldiers, but from Jordan as well. This day, Gilbert said, demonstrated that being in the Army was a unique experience that she was lucky to have.