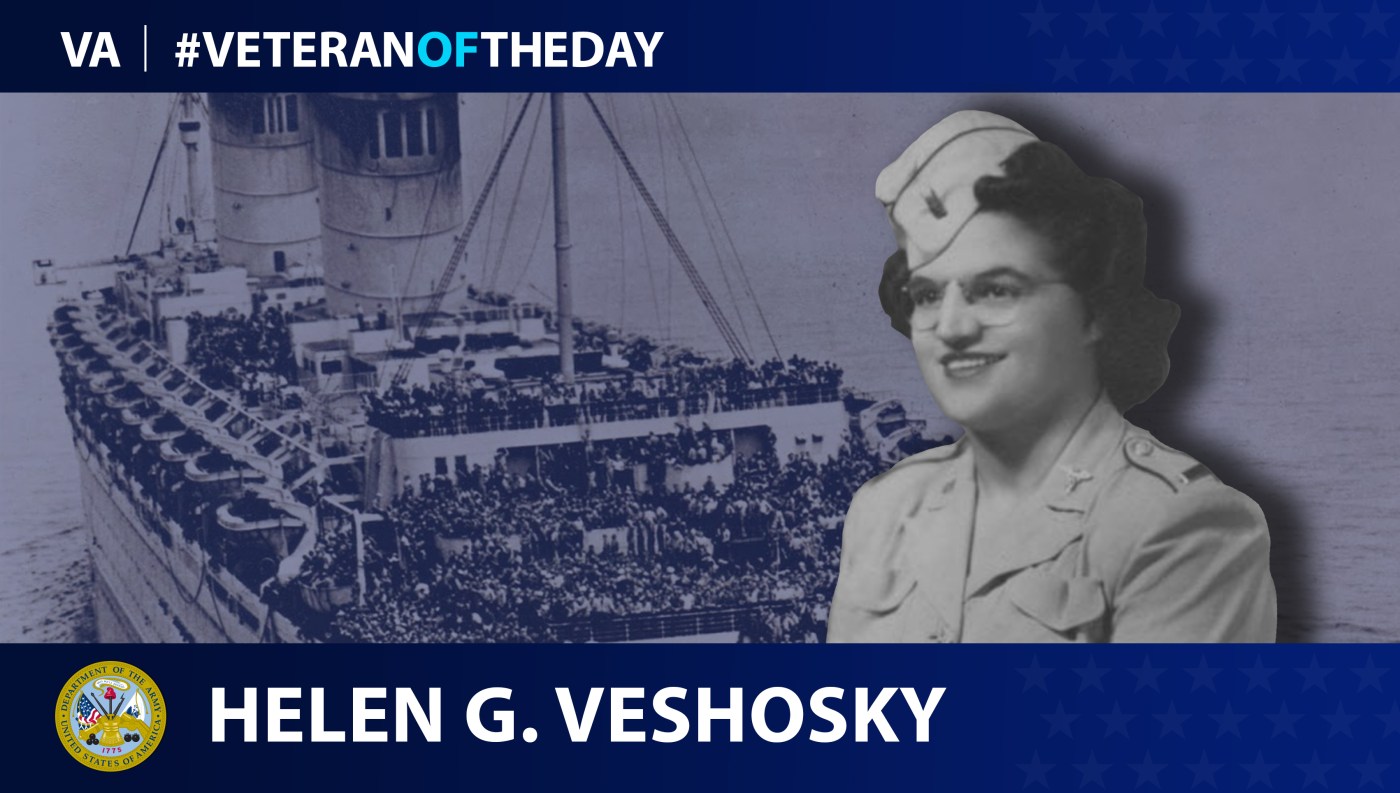 Helen Veshosky was born in 1919 in Williamson, West Virginia, as the seventh child in a family of Italian immigrants. After graduating high school, Helen attended the St. Mary’s School of Nursing in Huntington, West Virginia.

After the U.S. entered World War II, Veshosky completed her nursing training just as the military drafted several of her brothers. While there was plenty of nursing work to do in West Virginia, Veshosky was not satisfied staying home while her brothers served overseas.

“Her brothers inspired her to join the military,” her son, Gerard Veshosky, said. “She wanted to do her part too.”

Eager to make a difference, Veshosky volunteered for the Army Nurse Corps in 1944 and commissioned as a second lieutenant. After a brief training period, she deployed to England to begin her work as an Army nurse.

The voyage was tough for Veshosky. The trip was her first out of the country and also first on a boat. She once recalled, “sailing by ship to England was [my] most harrowing, seasick journey.” After arriving in England, Veshosky joined the 93rd General Hospital near the Welsh border. As opposed to the family medicine that she practiced in West Virginia, Veshosky treated trauma wounds in Europe. Despite the new environment, Veshosky adapted quickly. In the words of her son, Veshosky embodied the “bring ‘em back alive” mentality, and she worked tirelessly to save lives and rehabilitate wounded soldiers.

During her off-time, Veshosky enjoyed exploring the country., which she noticed had similar weather to West Virginia. She also frequently wrote letters to her family back home as well as to her brothers. Veshosky honorably discharged from the Army in 1947 as a first lieutenant.

She returned home to continue her career as a nurse. Her military experience prepared her for a multitude of challenges, such as when she selflessly saved several patients during a fire at the Lakeland County Hospital in Florida. Although forced to retire due to complications from the fire, Veshosky became a central figure in her family and was an icon for many of the women around her. She passed away in September 1999 at the age of 79.