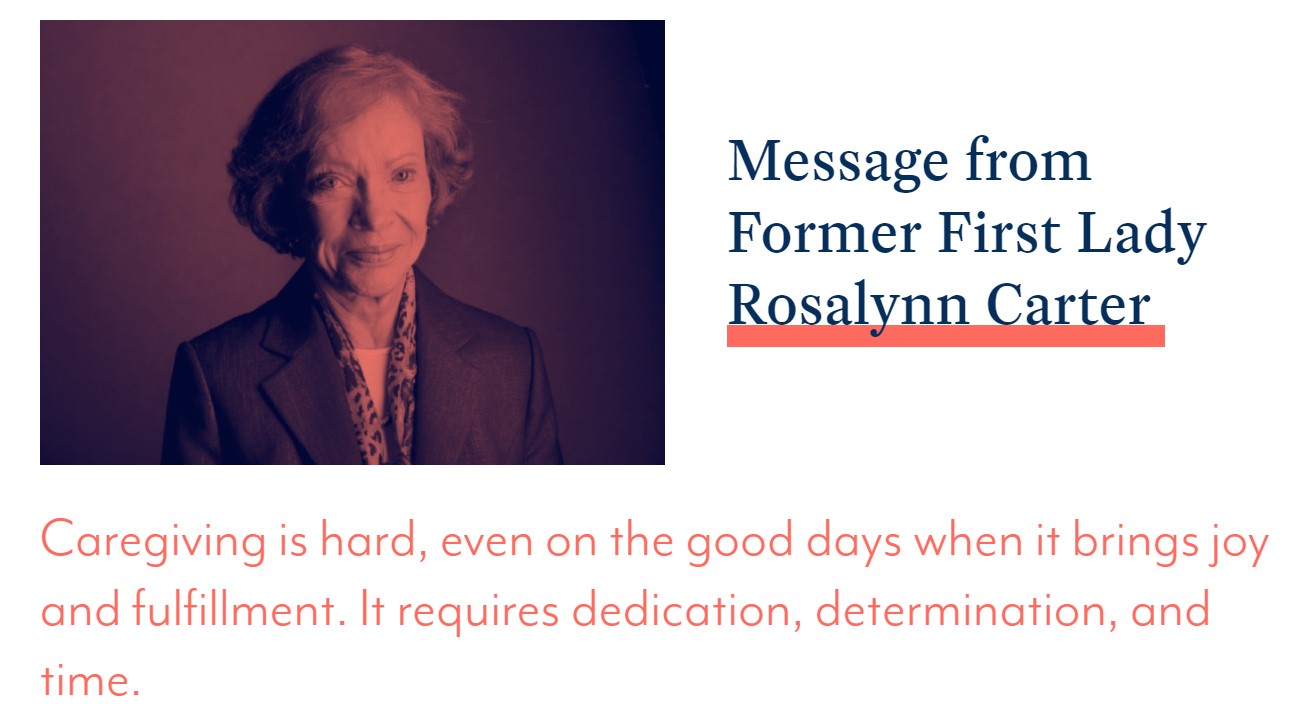 There’s a saying often attributed to former President Franklin D. Roosevelt: “When you reach the end of your rope, tie a knot in it and hang on.”

In a year that found so many people reaching the end of their ropes, a program run by the Rosalynn Carter Institute for Caregivers (RCI) helped nearly 400 military caregivers tie a knot in their ropes.

OFC supports the “unsung heroes behind our heroes” – the friends and families of those injured as a result of military service.

Operation Family Caregiver (OFC) is RCI’s signature military caregiving program. Founded by former First Lady Rosalynn Carter in 1987, RCI provides coaching and support to caregivers of all types. In 2012, RCI launched OFC to support the “unsung heroes behind our heroes” – the friends and families of those injured as a result of military service. Specially-trained coaches deliver a one-on-one, personalized program by phone or video to help military families find their way back to strong.

The program is proven to work

Caregivers who have completed the eight-session program report fewer health complaints, less depression, and reduced anxiety for their children. They feel more prepared to take care of their families, and they develop new skills that make the difficult decisions they face feel more manageable and achievable, leading to improvements in their own lives.

A report from RCI this fall laid bare the long-term repercussions. Without robust strategies and systems to support America’s already-vulnerable informal caregiver community, the report states, the nation’s health, economy, and stability are at risk. Programs like Operation Family Caregiver are a start, but they need to be part of a broad and strategic effort to support caregivers.

“Just having that cheering squad behind me going, ‘You go girl, you got this, and let’s help try and strategize and problem solve,’ it really made me feel like I was on the right track and I wasn’t alone,” said Gina, who went through Operation Family Caregiver after her husband was medically retired from the Army in 2015 with post-traumatic stress disorder.

Registering for Operation Family Caregiver takes only a few minutes, and a coach will contact you within two business days, or you can visit the website to learn more about all of RCI’s programs.

Jennifer Olsen is the chief executive officer of the Rosalynn Carter Institute for Caregivers.