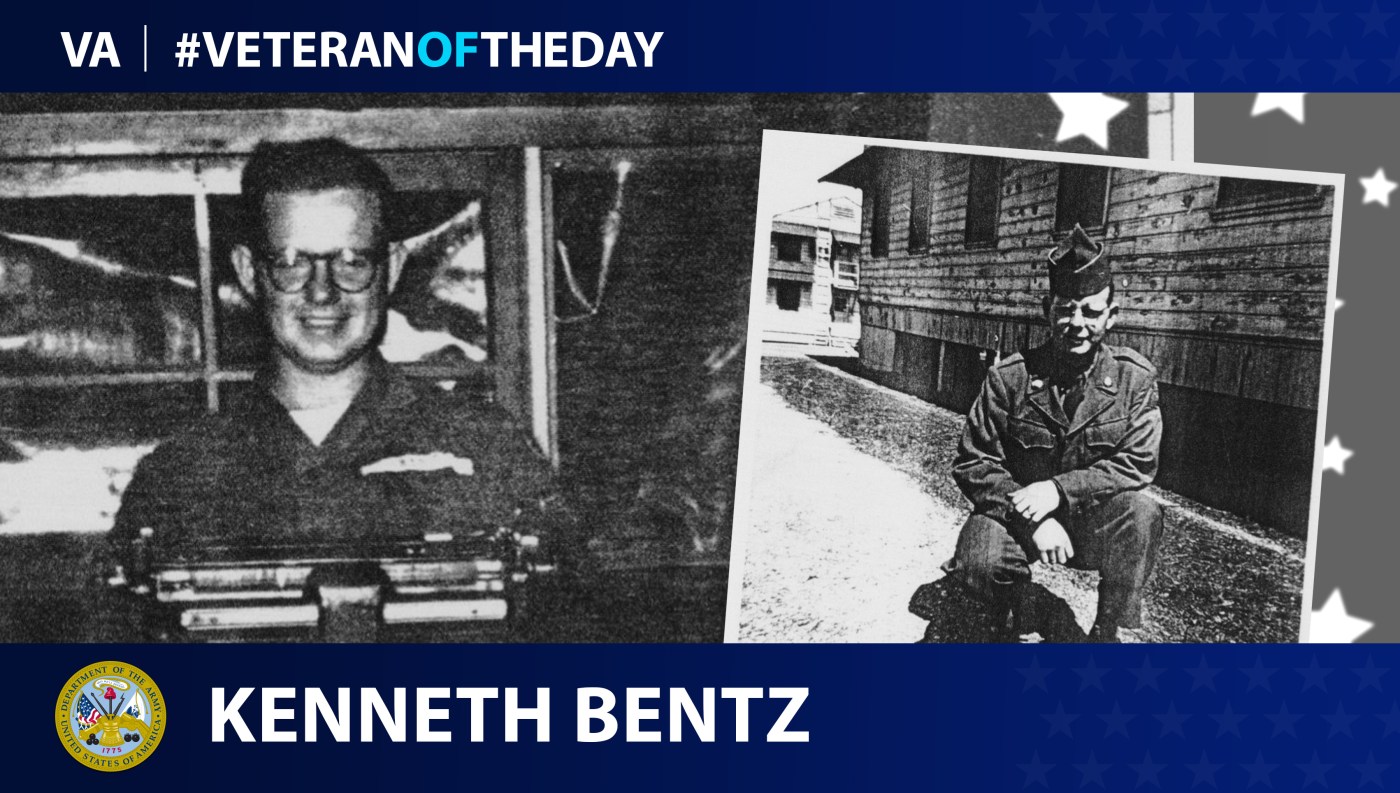 Today’s #VeteranOfTheDay is Army Veteran Kenneth Bentz, who served during the Korean War in the 7th Infantry Division as a personnelist.

Kenneth Bentz was born in January 1929 in Chicago, Illinois. The Army drafted Bentz and he entered service Dec. 13, 1950.

The Army first sent Bentz to Fort Leonard Wood, Missouri. One month after he entered service, Bentz’s mother passed away from cancer, and he went home on leave. After basic training, Bentz trained to work as an engineer. He learned how to plant and dig up mines and build and blow up bridges. Bentz then sailed 13 days across the Pacific Ocean from San Francisco to Yokohama Port in Tokyo and finally from there to Korea.

Bentz served for a short time in Jipyeong-ri. Having four years of office experience before the draft, Bentz worked in personnel. He said he appreciated the job, joking that he felt incompetent with a weapon in the field. Bentz worked as a secretary in the Officer Personnel Department, keeping track of officers and writing letters for them.

One day in Jipyeong-ri, Bentz and some friends from his unit hiked to the top of a mountain to visit a Buddhist temple. Upon their return, they learned that the area had been full of mines that they were lucky to miss.

After the war ended, Bentz served at Fort Custard, Michigan. Shortly after returning to the U.S., he noticed he had symptoms of malaria. Bentz went to the doctor and learned he had contracted malaria in Korea. Fortunately, doctors treated his malaria, which left no lasting effects.

Bentz lived with his sister after discharge from the Army and got a job at Wells Gardner, a company that made television sets. He worked there for about one year, then went to college with the help of the GI Bill. He then became a teacher for fifth and eighth grade.