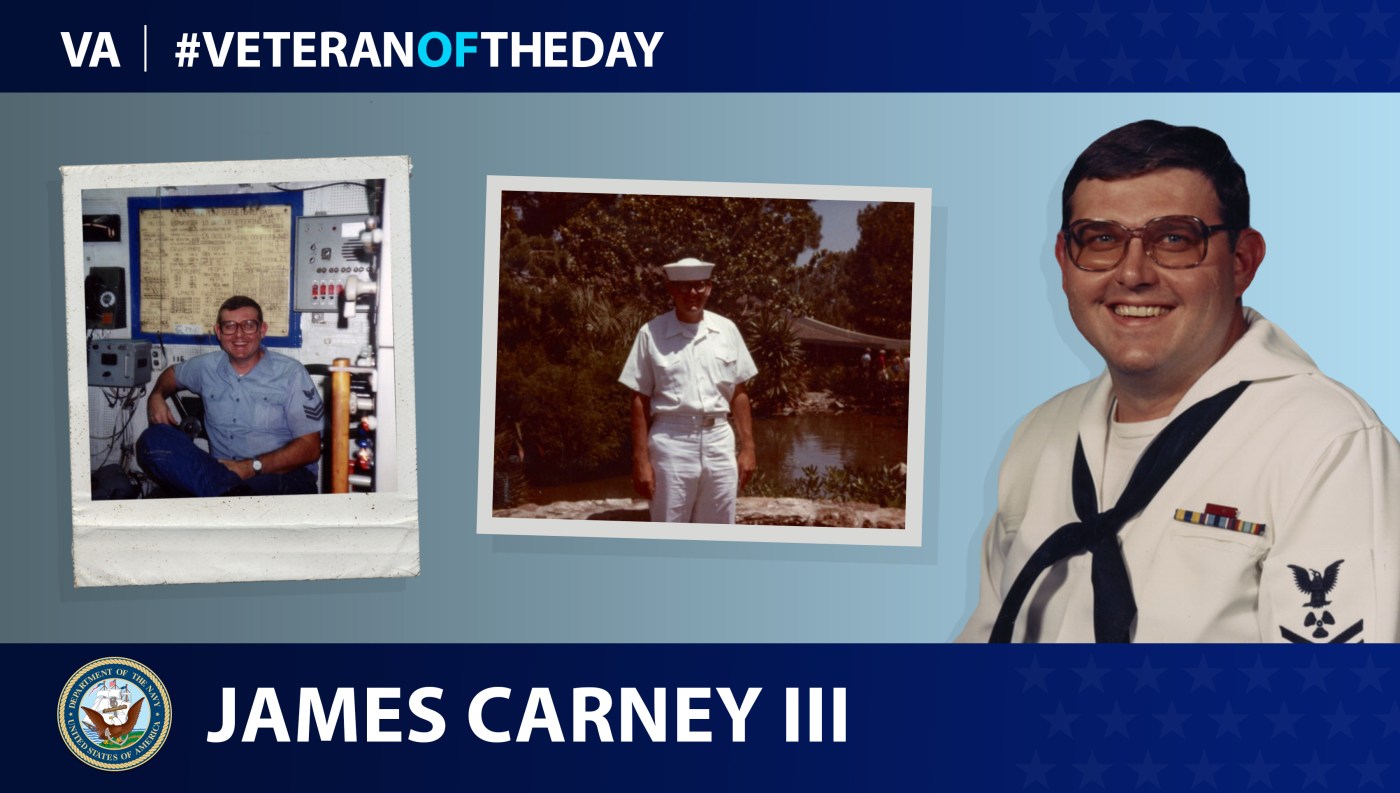 Today’s #VeteranOfTheDay is Navy Veteran James Carney III, who served for 13 years from 1980-1993 as a nuclear power machinist.

James Carney III was in grade school during the Vietnam War, but it was not until he was in high school that he began to feel passionately about serving in the U.S. military. Carney married after he graduated high school and, with a wife and newborn child, he believed that joining the Navy was not only a good way to provide for his new family, but also a way for him to serve his country.

Carney joined April 26, 1980 and left for basic training in San Diego, California. After completing basic training, Carney studied in the nuclear power programs at the Training Support Center – Great Lakes, Illinois, to become a machinist. After finishing his studies, he served aboard USS Berkley, a guided missile destroyer.

USS Berkley left San Diego for its eventual base in the Persian Gulf. The trip allowed Carney, fascinated with history and other cultures, to see much of the world for the first time during the scheduled stops, including Japan, Thailand and Australia. Carney served on USS Berkley from February 1981 to October 1981.

After serving on the USS Berkley, Carney served on USS New Orleans. While serving aboard, Carney created and conducted trainings for the teams that would respond to damage that the ship could potentially receive during battle. Carney said his team should be as prepared as possible for different situations that could arise during conflict.

He left the Navy in 1993 and returned to Arizona. Carney said that, when it comes to military experience, it is important to remember that it is not only the service member that is serving their country, but their entire family is serving and sacrificing as well.