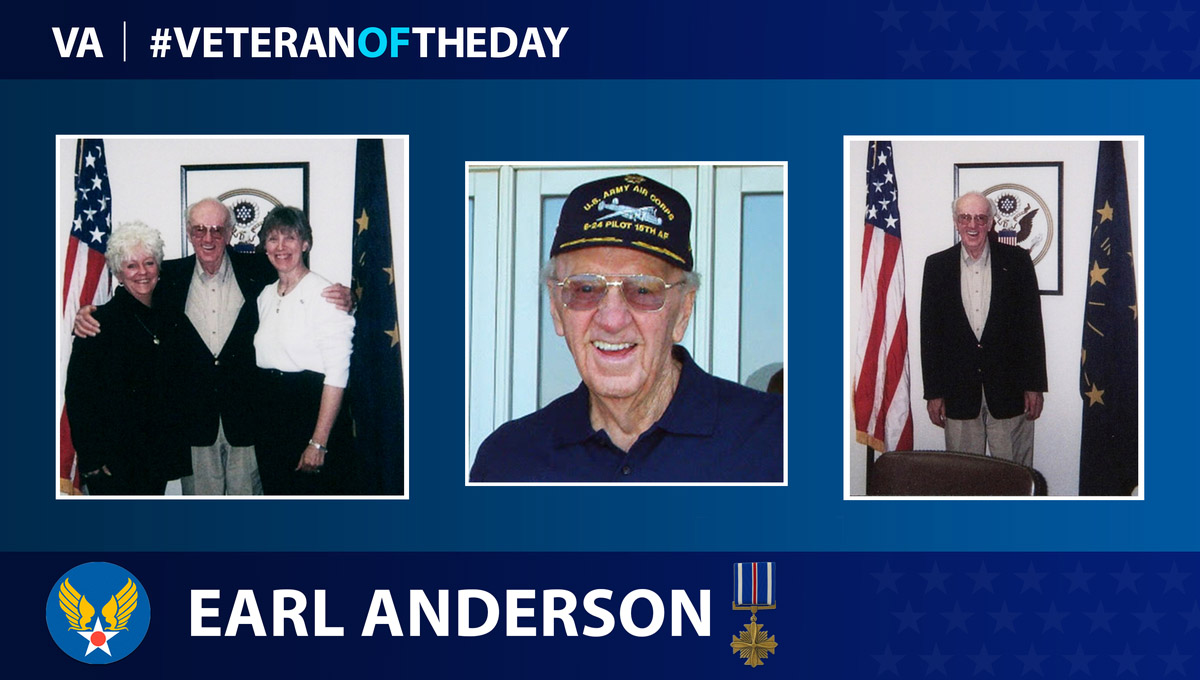 Earl G. Anderson Jr. voluntarily joined the Army Air Forces in February 1942, as he had an interest in being an aviation cadet. He first went to boot camp in Santa Ana, California, for approximately four months. This included aptitude testing to establish their roles. Anderson became a pilot and went for primary flight training in Oxnard, California.

In December 1943, the Army Air Force Corps stationed Anderson in Manduria, Italy, with the 15th Air Force. He piloted B-24 aircraft on bombing missions in Italy and Germany.

On June 13, 1944, Anderson and nine other Airmen flew on a mission over Munich. After completing the mission, the enemy shot down the aircraft. They survived but the Germans captured them. They brought Anderson to a village jail. He then went to Frankfurt, where Germans interrogated him and placed him in solitary confinement. He then transferred to a prison camp in Sagan, Germany. The American soldiers created their own structured group within the prison. In January 1945, the Germans transferred them to Moosburg, Germany. The conditions there were worse and there was less freedom than in the first prison. Anderson spent approximately three months there until April 29, 1945, when American ground-troops liberated the prison.

Anderson left active duty in 1946. He returned home to work as an engineer at General Motors and attend Northwestern University. Anderson remained in the Reserve until November 1961, attaining the rank of major. He received a Distinguished Flying Cross, an Air Medal with six clusters, and a Distinguished Unit Badge with one cluster.

In his free time, Anderson enjoyed being part of the Indy Air Show. He was also the chairman of a charity golf tournament. He was named as the 2009 Indiana Aviator of the Year. Anderson and his wife Geraldine were married for 72 years and they had two children.