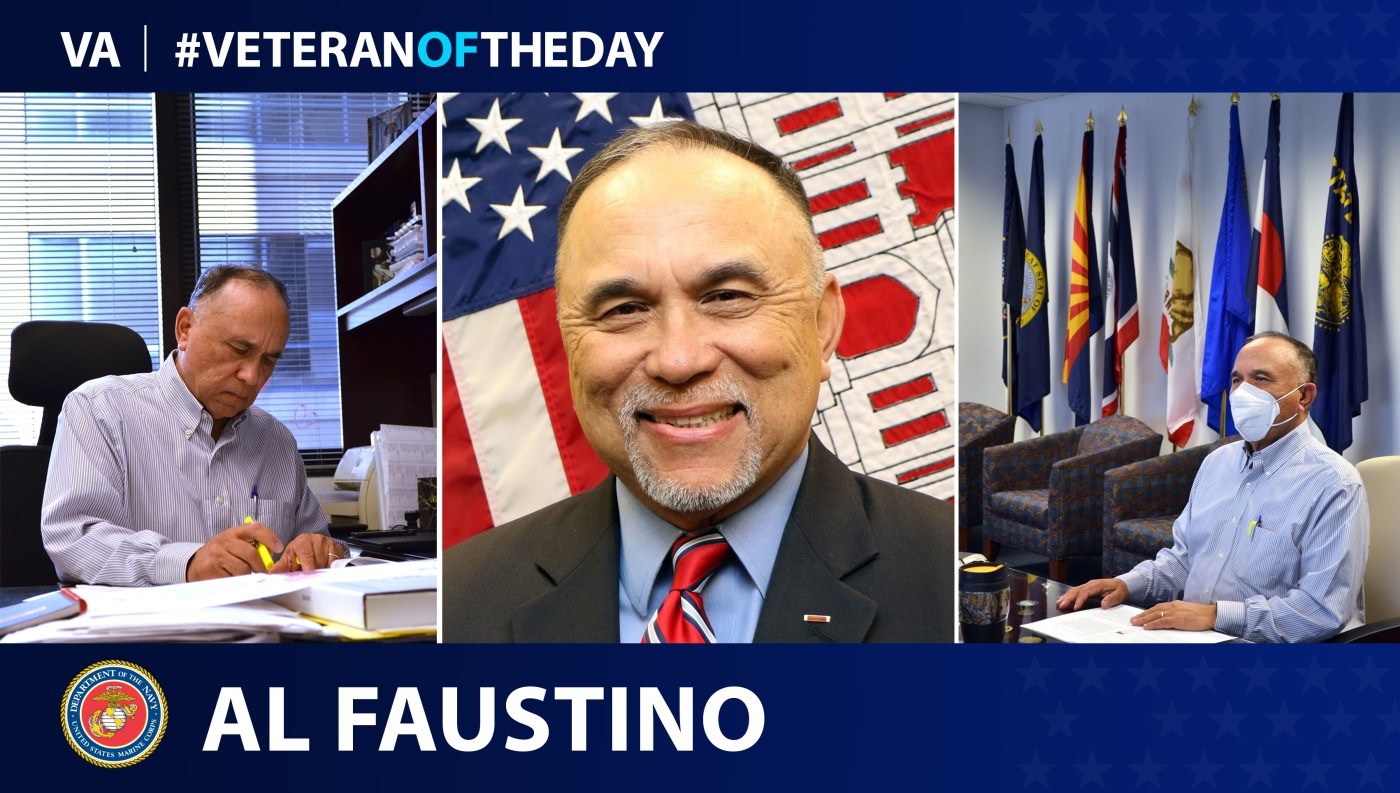 Today’s #VeteranOfTheDay is Marine and Army Veteran Al Faustino, who served in the Vietnam War and works for the U.S. Army Corps of Engineers.

Al Faustino’s interest in the military began at a young age. He worked as a busboy in Chicopee, Massachusetts, at the Officer’s Club on Westover Air Force Base. After graduating from high school in 1969, Faustino enlisted in the Marines. When he placed in the top of his class, he received an offer to remain in the U.S. and work as a radio operator. Faustino gave his place to a married man in his class and volunteered to go to Vietnam.

For 18 months, he served in the 1st Battalion, 1st Marines Division in Dodge City. Marines operating there did not need approval to fire at the enemy because it was a “free-fire zone.” Faustino described his time in Dodge City as “a lot of boredom, a lot of routine stuff, interspersed with moments of sheer terror and chaos.”

Following his Vietnam service, Faustino earned a bachelor’s degree from Amherst College in philosophy, followed by a law degree from Duke University School of Law. While attending law school, Faustino joined the Army’s legal program. He would go on to have a 22-year career with the Army.

In 2007, Faustino joined the U.S. Army Corps of Engineers Sacramento District. Shortly after Faustino started work, he volunteered for a one-year assignment in Kabul, Afghanistan as the District Counsel for the Afghanistan Engineer District. In Kabul, he worked on the first Armed Services Board of Contract Appeals case in a combat zone.

After completing his assignment in Afghanistan, Faustino worked for the Pacific Ocean Division and then as the district counsel in Louisville before becoming the district counsel for the Sacramento District in 2010. He continues to work in his Sacramento role, and recently received the Lester Edelman Spirit of Arrowhead Award for Legal Manager of the Year. This award is the highest honor given by the chief counsel of the U.S. Army Corps of Engineers.

Faustino currently resides in Sacramento, California, with his wife, Rose Ann Goodwin and their Labrador and husky mix dog named Blaze. He and Rose enjoy Latin and ballroom dancing together and in the future hope to travel to Ireland and the Philippines, where each of their ancestors are from. Faustino enjoys golfing in his free time and plans to retire within five years.