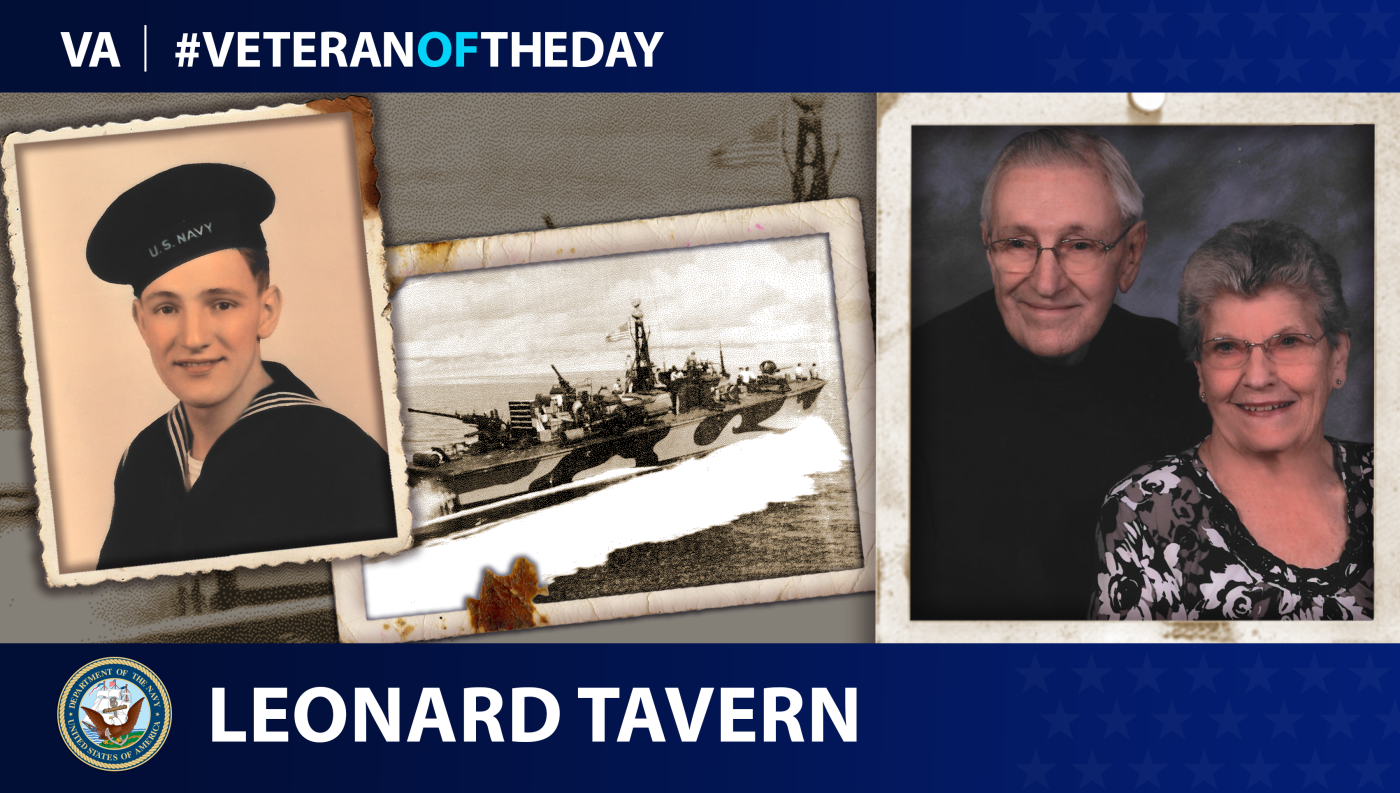 Today’s #VeteranOfTheDay is Navy Veteran Leonard Tavern, who worked on torpedo boats throughout the Pacific during World War II.

Leonard Tavern was born Feb. 7, 1925, and grew up in West Terre Haute, Indiana. After high school, the Navy drafted him into service for World War II.

From summer 1944 to fall 1945, Tavern served in the South Pacific. He worked on PT-328, which is an Elco Class Motor Torpedo Boat. Tavern said PT boats patrolled at night and the still waters were so quiet that they could hear the enemies having conversations. He also said they tried to rescue Japanese soldiers from the shark invested waters.

Tavern’s squadron completed an operation Aug. 20, 1944, just 10 days after landing in the Philippines. According to the squadron journal, PT-328 stormed a bay and later fired upon an enemy barge. This barge had a load of gasoline and the journal accounts stated “a tremendous explosion occurred, rumbling across the ocean surface.” A smoke screen allowed the PT to leave the Geelvink Bay.

On Aug. 30, 1944, on the Island of Mios Woendi, entertainer Bob Hope, with Frances Langford, Jerry Kolona and dancer Peggy Ryan, entertained Tavern and other sailors.

The squadron decommissioned in November of 1945 and Tavern honorably discharged Feb. 17, 1946.

In June of 1949, he graduated from Indiana State teacher’s college with a B.S. in education and earned his M.S. in education in June 1955. He married his wife Marjorie Ruth on June 5, 1954 and had two children, Teresa Lynn Bailey and Richard Lee Tavern. He was involved with the Indiana Public Education system for 35 years. During this time he spent 10 years as a wood shop teacher and 25 years in administration as a principal, an assistant superintendent and a superintendent. After retiring in 1985, he moved to Dallas, Texas, and lived there for 16 years. In 2014 he moved back to his hometown of Terre Haute, Indiana. Him and his wife were married for 65 years.