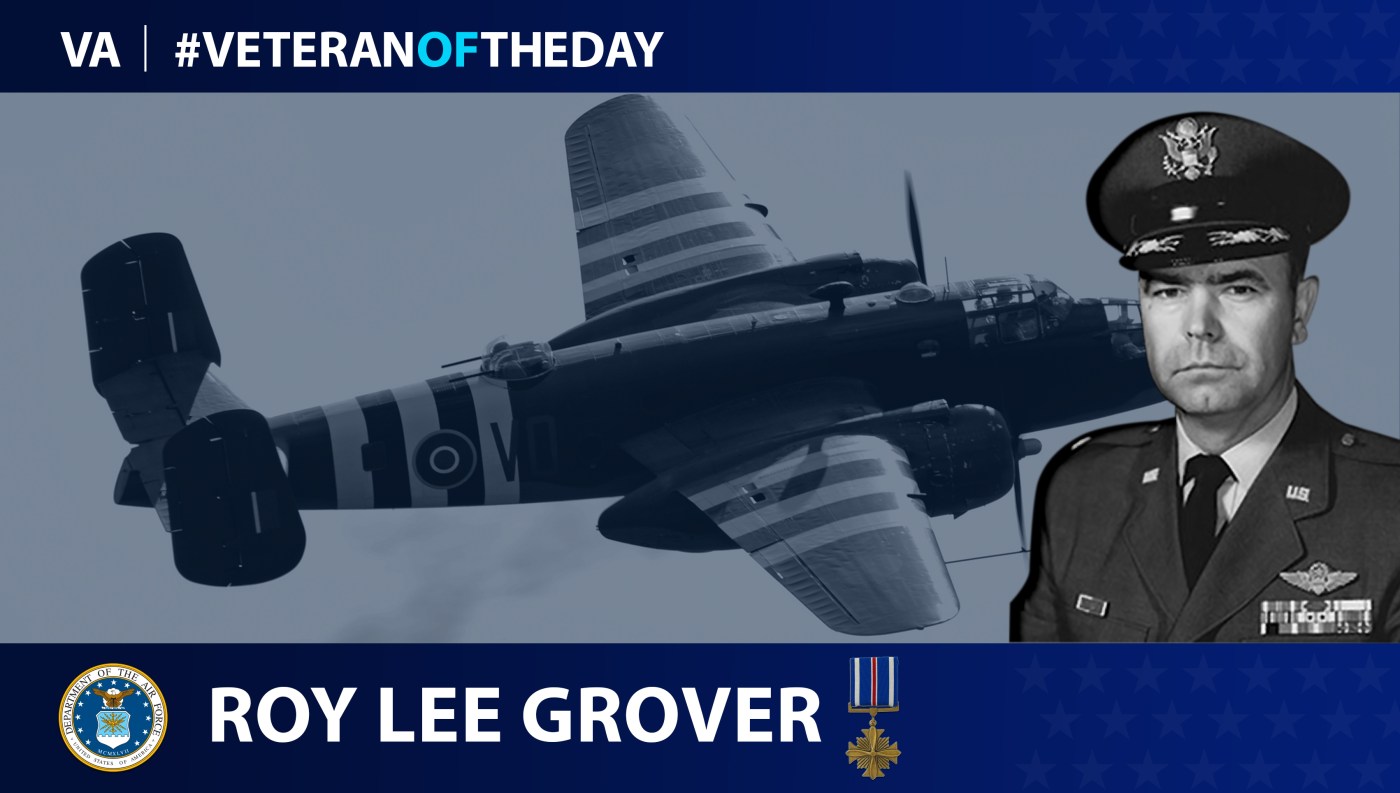 Born in January 1921 in Logan, Utah, Roy Lee Grover lived on a farm until he was 5. His family then moved to Salt Lake City, Utah. Grover’s interest in the military and serving his country began early. In elementary school, he played the bugle while the flag was raised every morning. In high school, he was part of the Reserve Officers’ Training Corps program.

During the summer of 1940, Grover attended ground school through the Civilian Pilot Program at the University of Utah, his alma mater. He applied for pilot training in the Army upon the completion of his sophomore year of college.

After joining in November 1941 and going to basic training at Bakersfield Army Air Field in California, Grover began flight training at Visalia Army Air Field in California. He received his wings and became a second lieutenant in May 1942. The following August, he deployed with the 38th Bombardment Group to prevent a Japanese invasion in Australia during World War II.

During the war, Grover served as a B-25 pilot and flew 57 combat missions in New Guinea. Many of Grover’s missions involved flying from Charters Towers to Port Moresby, where the pilots would load up with ammunition and fuel before flying across the island to bomb the Japanese.

In October 1943, he returned to the U.S. to train combat crews and fly transport missions in the United States, Europe and North Africa.

After the war, Grover continued his service at North American Aerospace Defense Command in Colorado as a pilot, comptroller, deputy base commander and management analyst. During his time in the service, he received the Distinguished Flying Cross and three Air Medals among other awards.

Grover retired from the Air Force as a lieutenant colonel and began working in the aerospace industry. In 2006, Grover published a book titled “Incidents in the Life of a B-25 Pilot,” a recollection of his experiences during World War II.