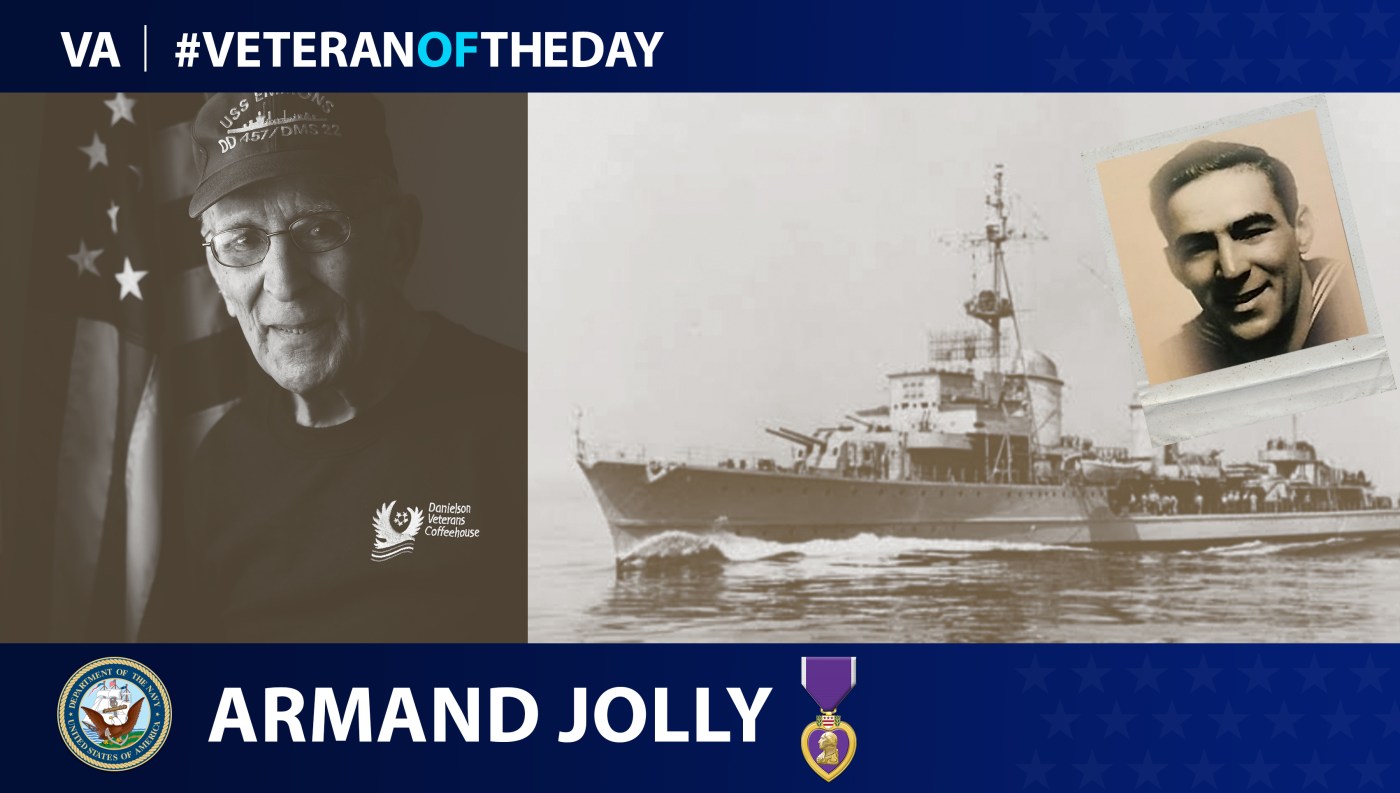 Today’s #VeteranOfTheDay is Navy Veteran Armand Jolly, who served as a gunner’s mate in the Atlantic and Pacific during World War II.

Armand Jolly enlisted in the Navy in 1942 after the bombing of Pearl Harbor and registered in Boston, Massachusetts. He completed his basic training at Newport Naval Base in Rhode Island, before attending gunnery training at Naval Station Great Lakes outside Chicago. Jolly then transferred back to Boston to USS Emmons, a minesweeper. Jolly would serve as a gunner’s mate, which is a position that involved coordination, maintenance, operation and performance of small arms and mount guns of a naval vessel.

Jolly was aboard USS Emmons April 6, 1945, during the Invasion of Okinawa, which was the last major battle of World War II. During this battle, five kamikazes slammed into USS Emmons. Thrown from the ship, Jolly sustained severe burns that he carried for the rest of his life. He also was cast into the freezing waters of the Pacific Ocean. USS Emmons sank, but Jolly survived, ending up in a hospital in Guam. His face and hands were badly seared from the fires of the ship. Jolly received a Purple Heart for his injuries and ended his service as a gunner’s mate third class.

After the war, Jolly married and had two kids. Even with his injuries, he remained active and attend the 75th Anniversary of the Normandy Landings.