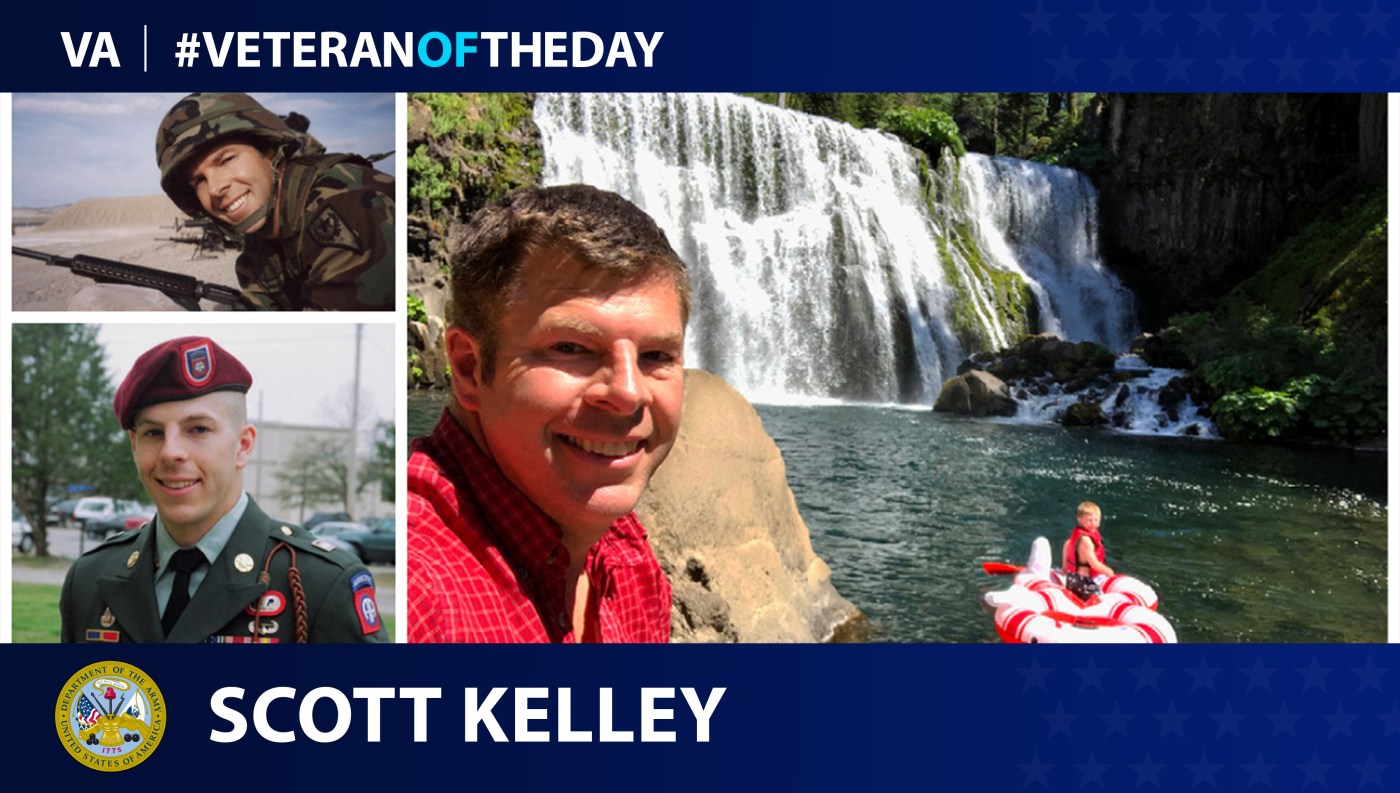 In October 1994, Scott Kelley enlisted in the Army at 17 years old, becoming the first person in his extended family to join the military. After completing basic training at Fort Knox, Kentucky, he trained in public affairs.

As a journalist and public affairs officer for the Army, Kelley documented every aspect of Army life and service. For example, he covered an infantry platoon as they conducted live-fire drills and interviewed the commanding general about plans to expand Morale, Welfare and Recreation. Kelley even geared up in the airfield for a parachute operation.

Kelley served in the Army for six years. He first deployed with the 22nd Mobile Public Affairs Detachment and the 82nd Airborne Division at Fort Bragg, North Carolina. Kelley then transferred to Vicenza, Italy, to serve with the Southern European Task Force Infantry Brigade. His final deployment with the Army was with that same brigade, which redesignated as the 173rd Airborne Brigade in 2000.

Kelley left the Army in 2000 and went on to serve the National Guard for five years. He was in Haiti during Operation Uphold Democracy and then in Kosovo during Operation Rapid Guardian. Kelly also served on active duty during Operation Iraqi Freedom. He left the military in 2005 after 11 years of service.

Life for Kelley outside the military is centered around his children in Nevada. Kelley likes to visit swimming holes as a bonding experience with his family.