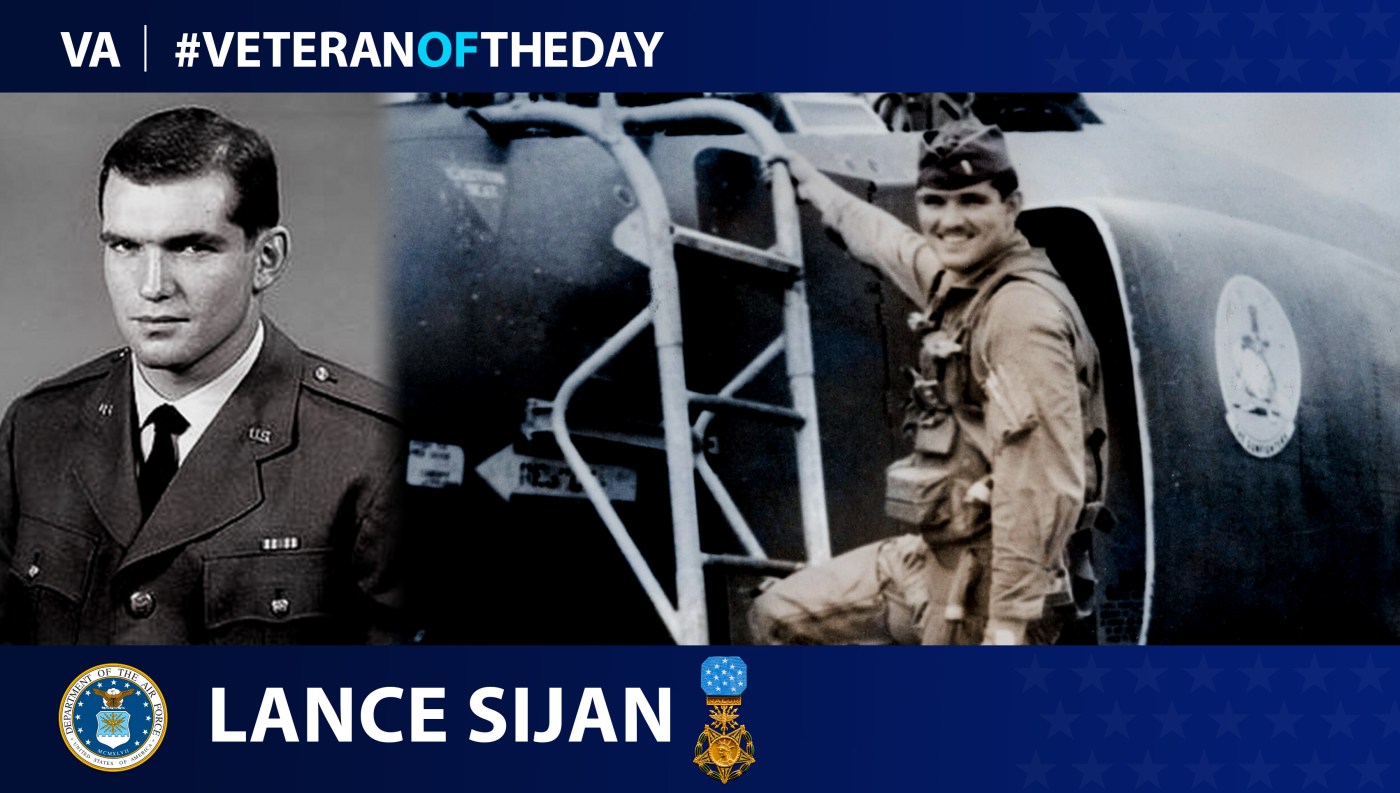 On the anniversary of his birth, today’s #VeteranOfTheDay is Air Force Veteran Lance P. Sijan, a Vietnam War fighter pilot who received a Medal of Honor.

Lance P. Sijan attended the Naval Academy Preparatory School at the U.S. Naval Training Center after graduating high school. He started at the U.S. Air Force Academy in 1961. At the academy, Sijan studied humanities and played on the football team for three years. In 1965, he graduated and commissioned as a second lieutenant.

On Nov. 9, 1967, Sijan and Armstrong took flight for a night bombing mission that targeted the Ban Loboy Ford. At 8:39 p.m., defective fuses caused the bombs to detonate prematurely and blow up their aircraft. Sijan managed to eject himself from the aircraft and release a parachute. He landed roughly three miles northwest of the Ban Loboy Ford, and suffered a compound fracture in the left leg, a skull fracture, a concussion and a mangled right hand.

Two days later, on Nov. 11, Sijan made radio contact with U.S. aircraft and a search and rescue operation began. Over 108 aircraft joined in the rescue operation. Using heavy anti-aircraft fire, the enemy shot down nine aircraft and one A-1H. Refusing to put any more airmen in danger, Sijan called off a pararescue jumper and insisted on crawling to a lowered rescue cable instead. However, after 33 minutes of hovering with no more contact from Sijan, the rescue helicopter had to leave.

For the next 46 days, Sijan evaded enemy forces, crawling and foraging on plants and insects before finally being captured on Christmas Day by the North Vietnamese Army. In his emaciated state, he was still able to overpower an armed guard and escape with his carbine, before being re-captured less than a day later. He was then taken to two different prisoner-of-war camps and tortured for information, where he developed pneumonia and died Jan. 22, 1968, at Hoa Lo. According to other prisoners of war who could hear his screams, Sijan was defiant in the face of torture and pain and followed the Code of Conduct.

In June 1968, Sijan posthumously promoted to captain and received a Medal of Honor in 1976 from President Gerald Ford, who presented it to his parents, Sylvester and Jane Sijan. He is the first graduate from the U.S. Air Force Academy to receive a Medal of Honor. In 1981, the Lance P. Sijan United States Air Force Leadership Award was created and has become one of the U.S. Air Force’s most prestigious awards.