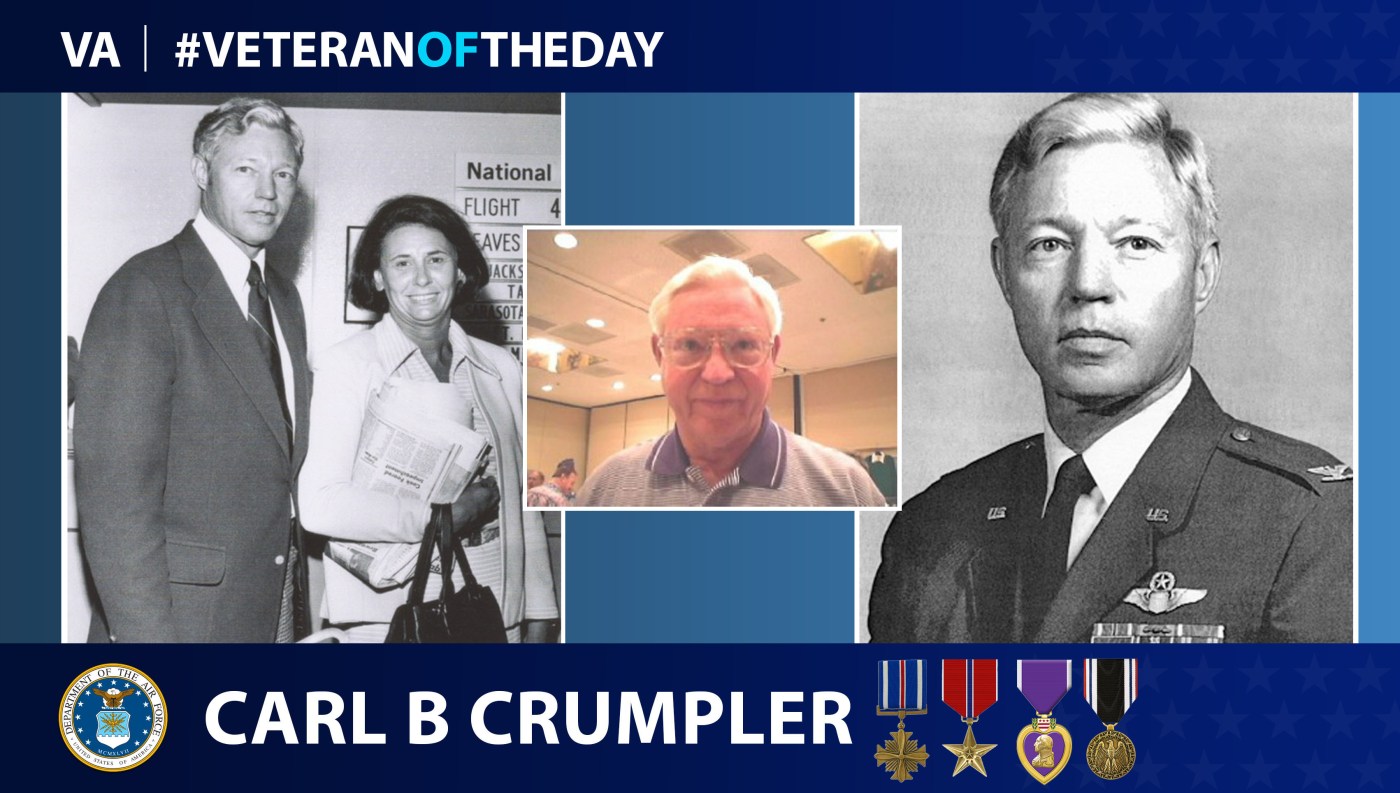 Today’s #VeteranOfTheDay is Air Force Veteran Carl B. Crumpler, a fighter pilot taken as a POW for five years in North Vietnam.

Crumpler served as an F-86 Sabre pilot with the 94th, 327th, and 16th Fighter Interceptor Squadrons. While serving with the 16th Fighter Interceptor Squadron, Crumpler served in Okinawa, Japan. Crumpler’s other roles included aircraft maintenance officer with the 1st Organizational Maintenance Squadron, detachment commander the 3751st and 3321st Field Training Squadrons and for the 3320th Tech School and Aircraft Maintenance Staff Advisor to the Imperial Iranian Air Force in Tehran, Iran. Crumpler then served as an F-4 pilot, assistant Chief of Operations Plans and Chief of Operations and Training with the 8th Tactical Fighter Wing in Thailand.

During his 45th combat mission, Crumpler destroyed four enemy aircraft artillery locations. Right after, the enemy scored a direct hit. Crumpler ejected from his aircraft over North Vietnam. The enemy captured him and took him as a prisoner of war. He spent 1,714 days as a prisoner in North Vietnam until his release during Operation Homecoming on March 14, 1973.

Crumpler retired from the Air Force Oct. 1, 1977. During his service, Crumpler received a Legion of Merit, a Distinguished Flying Cross, two Bronze Star Medals, a Purple Heart and a Prisoner of War Medal.

Crumpler passed away in September 2019.