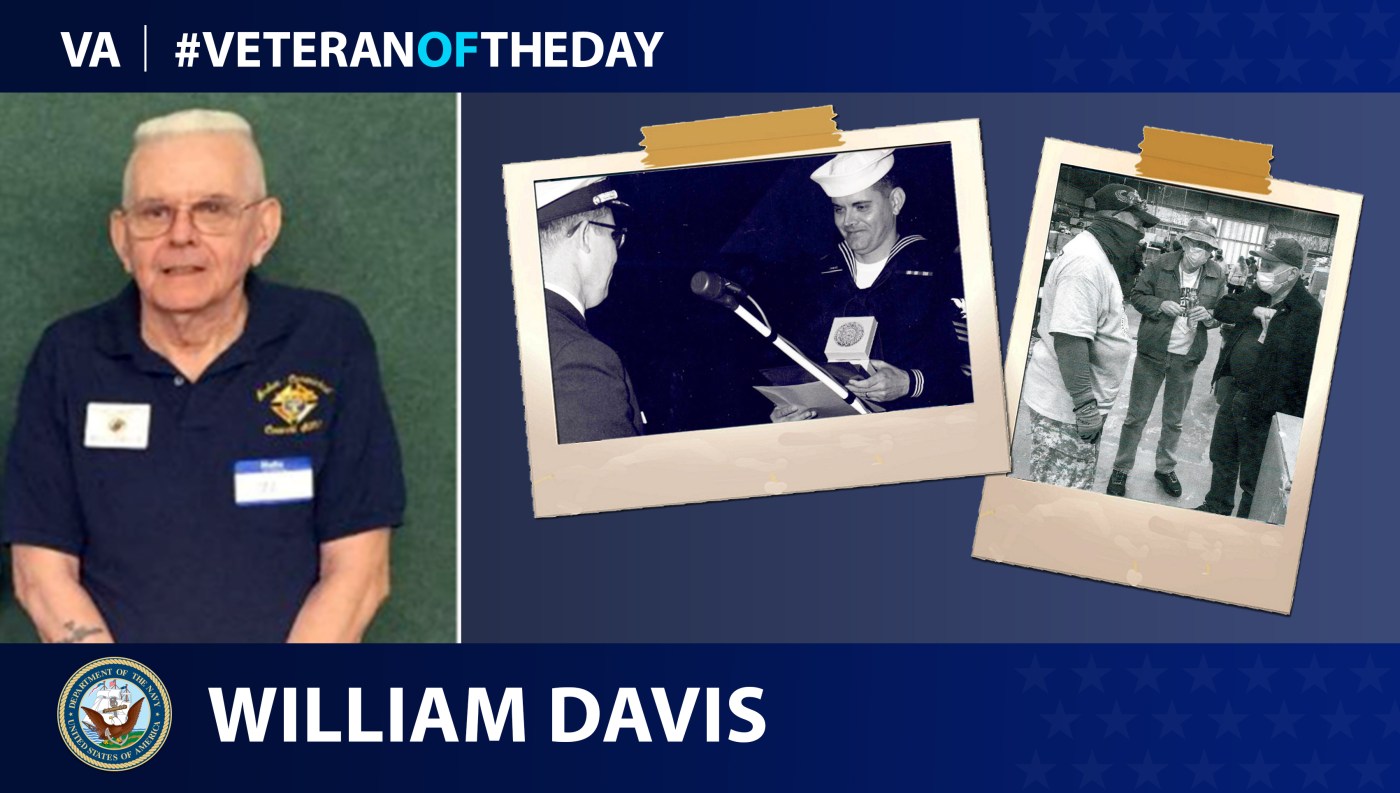 Today’s #VeteranOfTheDay is Navy Veteran William Davis, who served as a hospital corpsman for 25 years at multiple locations.

On Sept. 2, 1955, as a student at Archbishop John Carroll High School in Washington D.C, William Davis enlisted in the U.S. Naval Ready Reserve. He served aboard USS Robert F. Keller as a once-per-week drilling Reservist.

In the summer between his junior and senior year of high school, Davis went to U.S. Naval Training Center at Bainbridge, Maryland, on the Susquehanna River. Shortly after graduating high school, at the age of 19, he enlisted as an active duty sailor. Davis went to Naval Hospital Corps School for medical training that lasted 16 weeks at Great Lakes, Illinois. Following completion of his medical training in September 1957, he served at U.S. Naval Hospital in Great Lakes. His first duty assignment was the orthopedic ward and physical therapy department.

In June 1960, Davis reported to Guantanamo Bay, Cuba, where he would lead the physical therapy department. One of his most memorable events while in the Navy was the opportunity to attend the Bob Hope Christmas show at Guantanamo in 1960, a USO show featuring Andy Williams and Bob Hope.

On Oct. 31, 1980, Davis retired at the rank of hospital corpsman first class after 25 years of total service, including 23 active duty and two reserve while in high school. He received a National Defense Service Medal and a Good Conduct Medal during his service.

Davis later married Judy Davis on Nov. 8, 1998. Today, they live in Carmichael, a suburb of Sacramento, California. The Davis’ are active members in the Catholic church, and Davis is a member and volunteer of the Knights of Columbus.