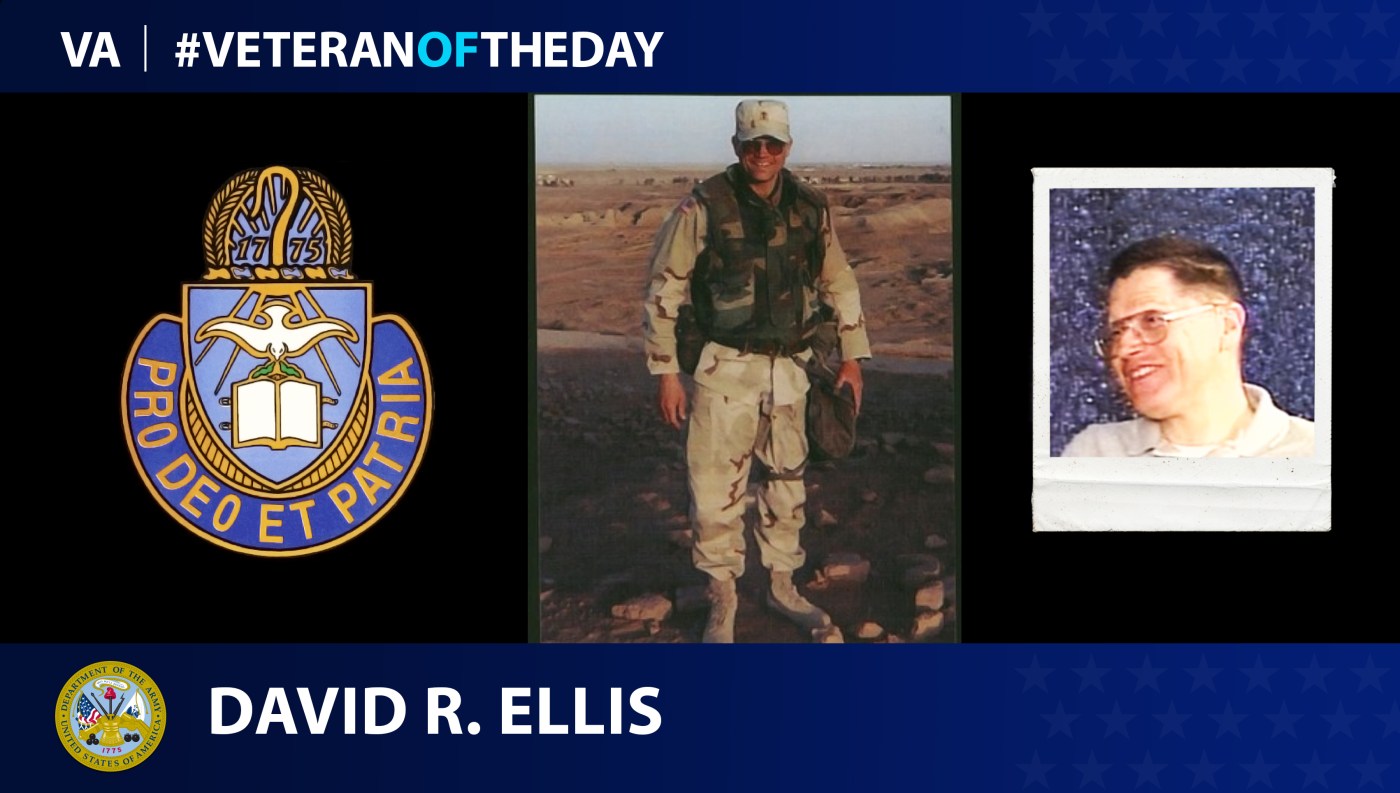 Today’s #VeteranOfTheDay is Army Veteran David Roy Ellis, who served as a chaplain in a Military Police Battalion in Operation Iraqi Freedom.

In March of 1982, David Roy Ellis saw an ad on television for the Army. He and his wife were both ordained ministers, so she suggested that he join the Reserve as a chaplain. Ellis commissioned as a first lieutenant and chaplain. At Fort Monmouth, New Jersey, he completed six weeks of basic training and then returned to his Reserve unit. Both Ellis and his wife being chaplains allowed her to cover his congregations when he was drilling.

In 2003, the Army activated Ellis to serve as a chaplain in a military police battalion readying for deployment to Kuwait. He went to Fort Dix New Jersey, where he spent two months. He completed training so that he could deploy with the rest of his unit.

Once in Iraq, Ellis considered one of his most important jobs was to build trust with the local population. He recalled talking with one man who told him that the Americans should not stay in Iraq for too long, but they should not leave yet.

In Iraq, his unit worked with prisoner transport. Part of the job was figuring out which prisoners should have been there. He remembers one prisoner who told his interrogator that he fought against the United States because he believed that citizens of the United States were murderers and torturers. Once this young man met the soldiers, he was ashamed that he ever fought against them. Ellis also helped with the handling of Deputy Prime Minister Tariq Aziz.

Often, Ellis would stay up at night, because he found that soldiers were more likely to talk to him about problems they were facing on deployment. Ellis helped many soldiers while on deployment and provided religious council to both American soldiers and Iraqi prisoners in his custody.