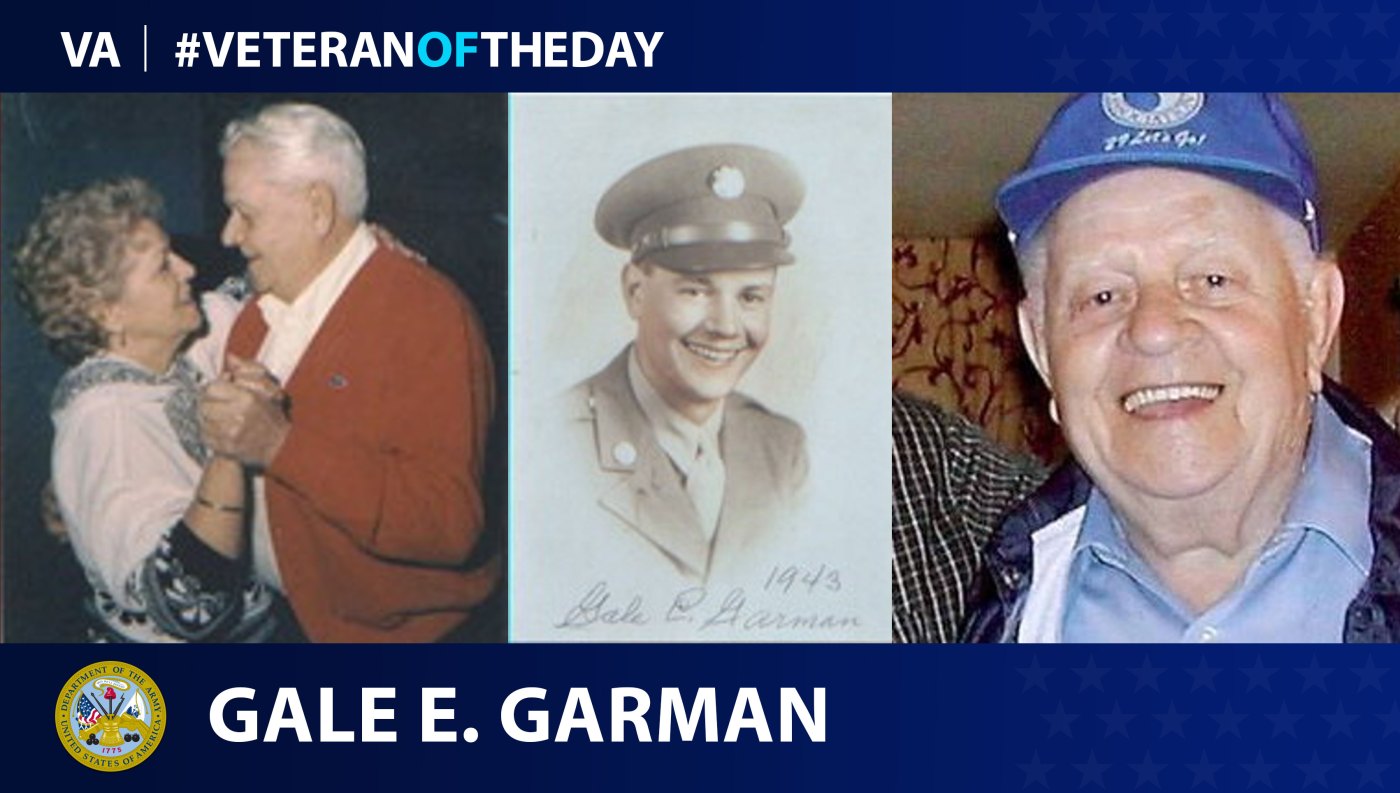 Today’s #VeteranOfTheDay is Army Veteran Gale Garman, who served as an anti-tank gunner in the European theater during World War II.

The Army drafted Ohio native Gale Garman in 1942. However, he and his wife had just discovered that she was pregnant, so his service was delayed until the baby was born. He went to basic training where he learned how to handle a M-1 rifle and fight hand to hand combat. Garman also mentioned the mental aspect of basic training where they taught the new recruits to fully hate their enemy.

After basic training, Garman went to England where he trained to become an anti-tank gunner with the 29th Infantry Division. He also went through preparation for D-Day. The Army cancelled all leaves before the operation, so Garman reported the morale of the soldiers as being quite low. They were, however, well prepared for their tasks on D-Day.

Even with all of the preparation, the day itself did not go according to plan for Garman. Garman and his unit were on a duck, an amphibious transport that can go on both land and water. It sank ten miles out from the Omaha Beach shoreline at H-Hour. Separated from his unit, the infantry picked up him and the others as they stormed the beach. Since Garman had lost all of his gear, he had to pick up a gun from one of the fallen soldiers and move inland on his own.

After D-Day, Garman went to St. Lo. He vividly recalled the death he saw while he was there. While Garman was in southern France, he and his unit tracked down Nazis and took them captive.

By the time Garman’s service was over, he had been to Normandy, northern and southern France, and Central Europe. He discharged from the Army as a staff sergeant. During his service, he earned a Bronze Star Medal, an Army Good Conduct Medal, an Eastern Theater Offensive Ribbon and a Presidential Unit Citation.

After the war, he worked with Delco Products General Motors for 45 years until he retired. Garman also returned to Normandy three times for the 50th, 55th and 60th anniversaries of D-Day.

To find out more about Garman’s service, visit here.