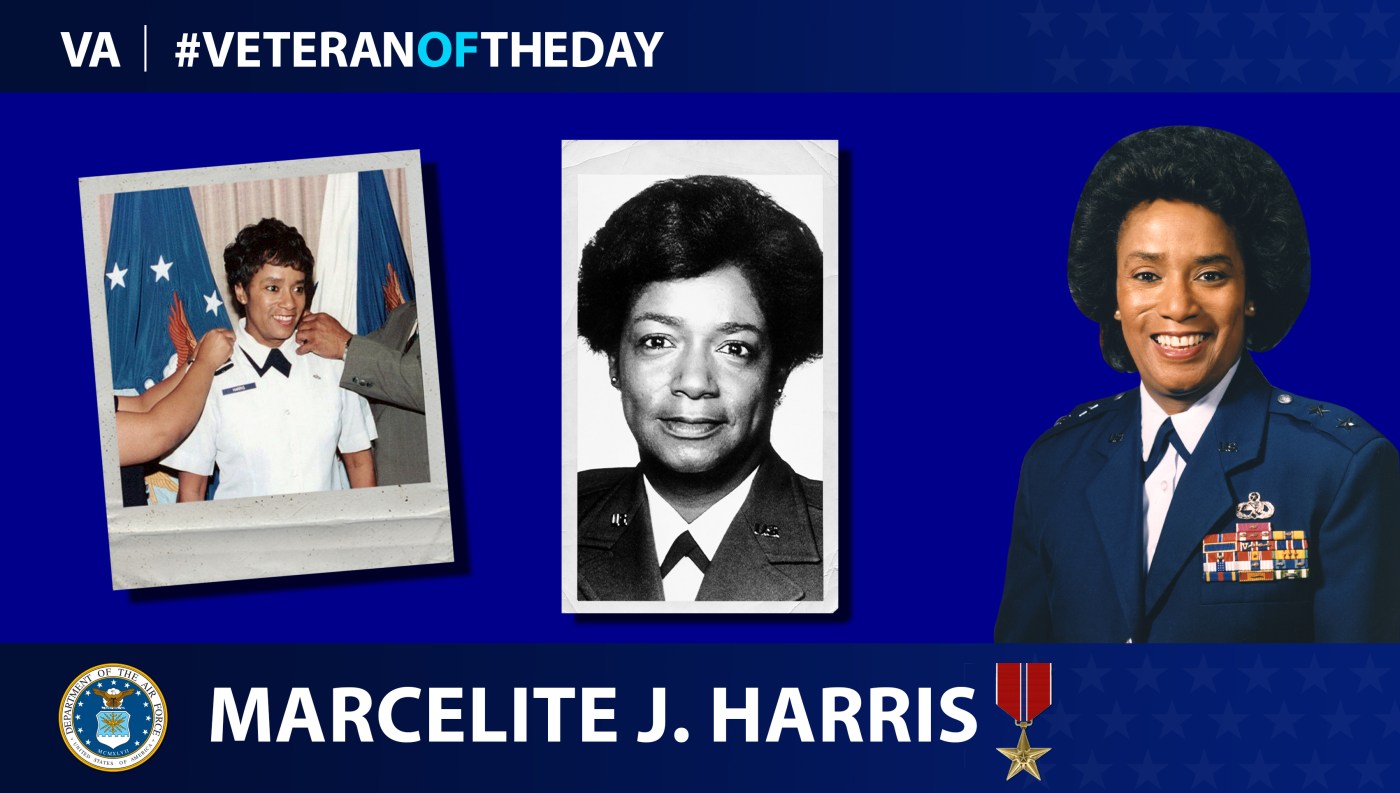 Marcelite J. Harris was born in January 1943 in Houston, Texas. She attended Spelman College, where she earned a bachelor’s degree in speech and drama with the goal of becoming an actress. When she could not find work in the entertainment industry, she joined the Air Force. Harris completed officer training school at Lackland Air Force Base in Texas. Her early career with the Air Force spanned across the world, from several posts in the United States, Germany, Thailand and Japan.

Harris retired from the military in 1997 with the rank of major general after 32 years of service. She was the highest-ranking African American woman in the Department of Defense, as well as the highest-ranking female officer in the Air Force. During her service, Harris received a Bronze Star, Presidential Unit Citation and Vietnam Service Medal. In 1999, she was also awarded a honorary doctorate degree from her alma mater.

Following her retirement from the military, Harris joined NASA as the Florida site director. For the United States Space Alliance, she was the logistics process owner and managed the shuttle program. She was also the treasurer of the Atlanta branch of the National Association for the Advancement of Colored People and a director on the board of the Peachtree Hope Charter School. In September 2010, President Obama appointed Harris to the Board of Visitors at the United States Air Force Academy.

Harris had two children with her husband, Lt. Col. Maurice Harris. She passed away on Sept. 7, 2018, and was buried with her husband at Arlington National Cemetery with full military honors on Feb. 7, 2019.