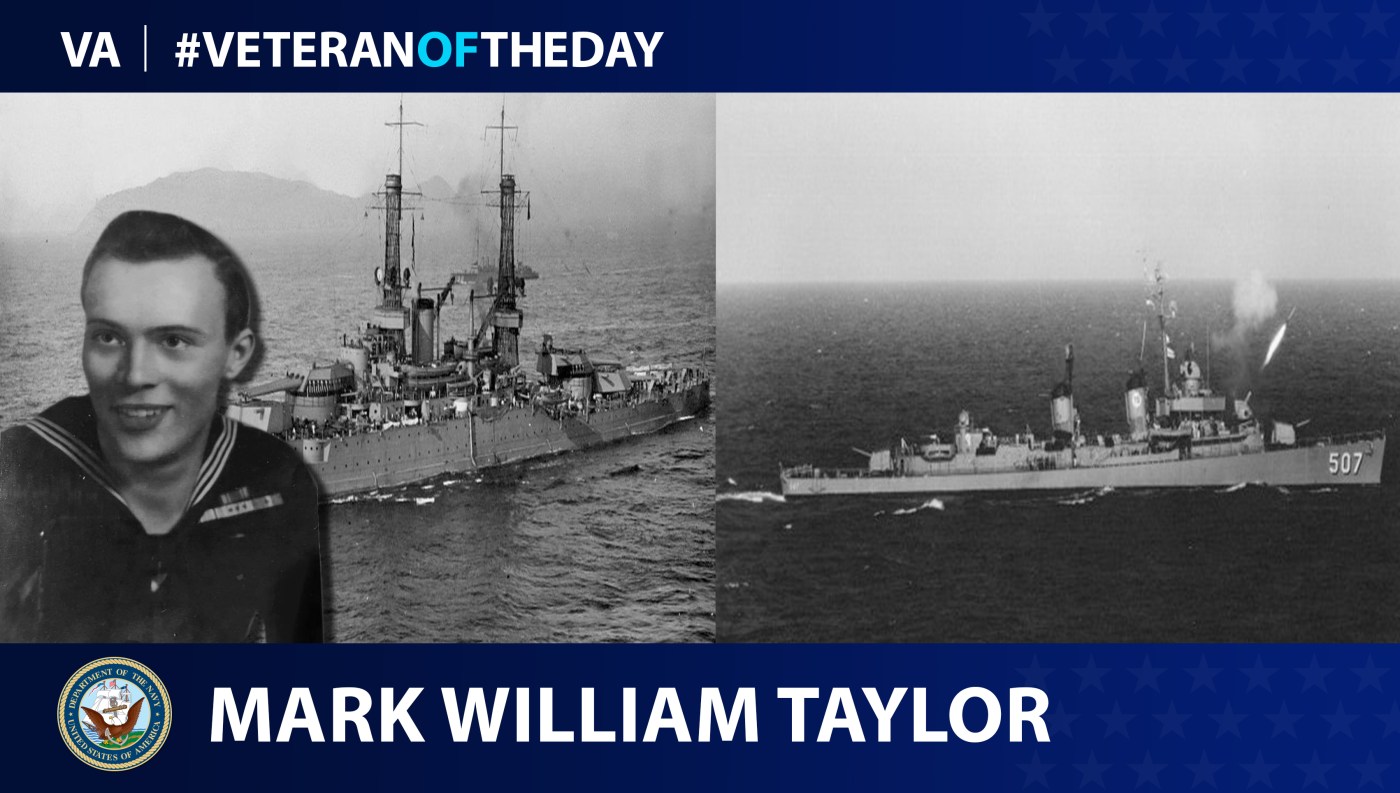 Today’s #VeteranOfTheDay is Navy Veteran Mark William Taylor, who served as a fire controlman aboard a destroyer in the Pacific during World War II.

Mark William Taylor grew up in the small farm town of Hudson, Iowa. The Navy drafted him in 1944 at the age of 18. Taylor completed his training at Farragut Naval Training School in Idaho, which was only open for the duration of World War II. He trained to serve as a fire controlman, who managed and operated weapons on Navy ships.

Taylor’s service began aboard USS Conway, a destroyer that operated in the Pacific during World War II. USS Conway participated in several campaigns focusing on Pacific islands, including the Saipan operation and the Mariana Islands campaign. Taylor also served aboard USS New Mexico, a battleship tasked with neutrality patrols and Pacific island operations. While aboard the ships, Taylor survived several kamikaze attacks by explosive-laden Japanese aircraft that flew into U.S. ships.

After leaving the service, Taylor married and had three sons, one who also served in the Navy. Taylor worked as a bridge builder for the Taylor-Eisenhower Construction Company in Iowa. He built bridges all over the state of Iowa.