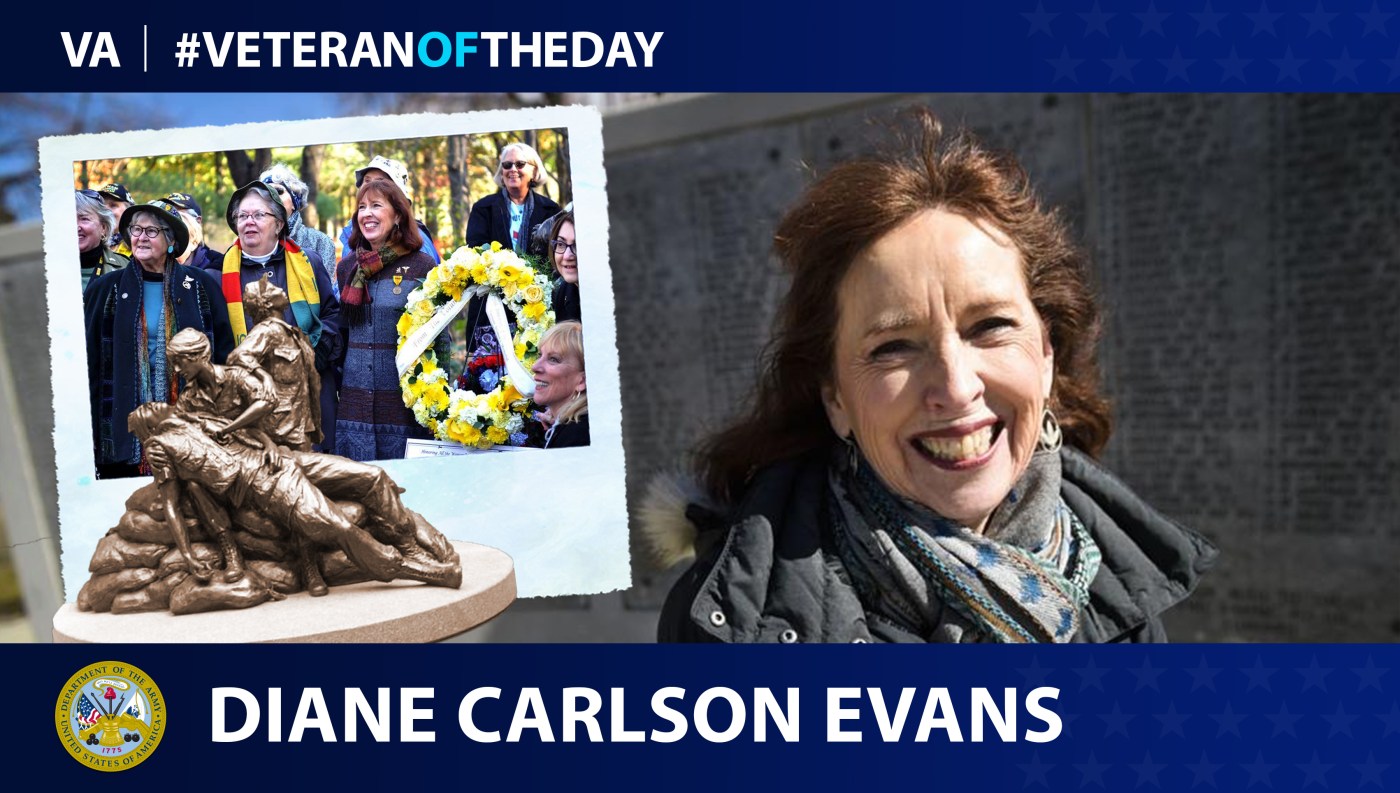 During Women’s History Month, today’s #VeteranOfTheDay is Army Veteran Diane Carlson, who served as a nurse during the Vietnam War.

Diane Carlson Evans was born and raised in the small, rural farming town of Buffalo, Minnesota. Evans’ family inspired her to join the military. Her aunt served in the Women Army Corps during World War II, her oldest brother joined the Army and her other brother served in Vietnam. In 1966, Evans met with a military nurse recruiter while attending nursing school at St. Barnabas Hospital in Minneapolis. She joined a program in which she received a stipend for school in exchange for two years of military service. After graduating from nursing school, Evans completed six weeks of basic training in Fort Sam Houston, Texas, and then trained at Fort Lee, Virginia, for nine months.

On Aug. 1, 1968, Evans arrived in Vietnam as a member of the 36th Evacuation Hospital. She travelled to a 400-bed hospital in Vung Tau by the South China Sea. She worked 12 to 14 hour shifts in understaffed, 105-degree Quonset huts treating burn victims. The most difficult part of the job was caring for the children maimed and burned by the napalm and white phosphorous bombs.

Evans requested a transfer north, where there was more active combat. She became head nurse of the 71st Evacuation Hospital in Pleiku, located in the highlands near the Cambodian border. The hospital was constantly under fire, and the wounded came in throngs directly from the battlefield. Evans learned to focus on her patients instead of the chaos around her in order to provide them the best care. She protected them during an incoming attack before taking shelter herself. After leaving Vietnam, Evans worked with soldiers returning home until the conclusion of her service in 1972.

Evans found that the Vietnam War memorials dedicated in 1982 and 1984 did not fully depict the importance of women in the war. She honored her fellow women in arms and launched the Vietnam Women’s Memorial Project. Her advocacy for women proved successful with the dedication of the Vietnam Veterans Women Memorial in 1993.

Evans is currently president of the Vietnam Women’s Memorial Foundation and speaks about the experiences of women in the military. She has been married to her husband, who is also a Veteran, for over 40 years. They have four children and several grandchildren.