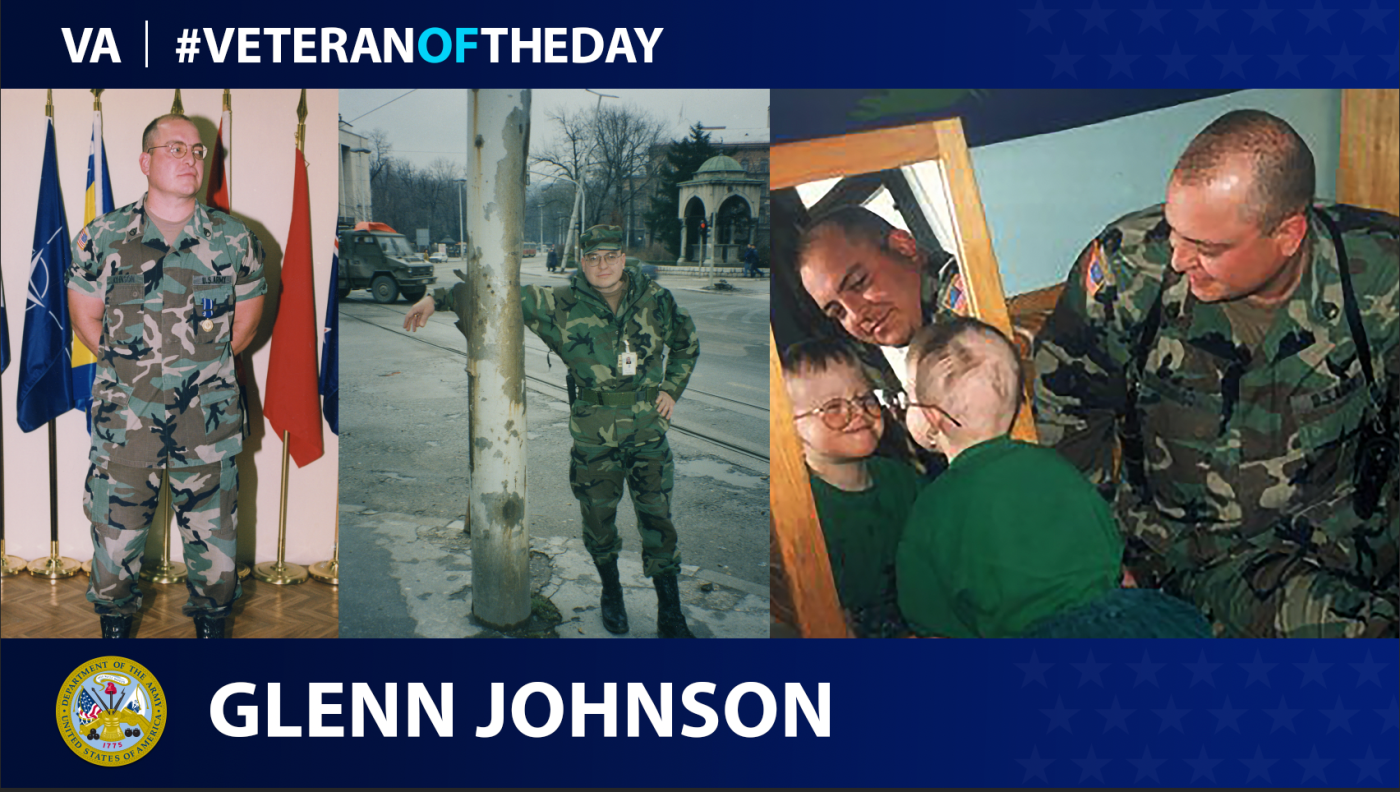 Today’s #VeteranOfTheDay is Army Veteran Glenn Johnson, who served as a photojournalist and photographer in Bosnia and Herzegovina.

After completing his training and schooling, Johnson served as a photojournalist and photographer. His tours of duty took him to places such as Okinawa, where he served with the 1040th Signal Battalion. He then went to Tokyo with the 1041st Signal Battalion. After that, it was to Hawaii with the 516th Signal Brigade, then back to the United States at Fort Bliss, Texas, with the Air Defense Artillery. He also served at the Sergeants Major Academy.

During his decade of service, Johnson served two tours in Bosnia and Herzegovina as a journalist and photographer. He worked with NATO and was assigned to the British 1st Armored Division. Johnson served in the 1st from 1996 to 1997 and the British 16th Airborne Division in 1998 to 1999. He covered the Multinational Division South West, which included units from Canada, Czech Republic, Malaysia, Turkey, Netherlands, Belgium and Luxembourg.

After discharge from the Army in 2000, Johnson joined VA’s Health Administration Center (HAC), serving as the chief of communications from 2001 until 2010. Johnson currently serves as the healthcare media chief for the VHA Office of Community Care. This position’s responsibilities include the supervision of all public teams that provide graphic design, printing/publications and forms of management, Spanish language translation, and American Sign Language Interpretation.

Johnson lives in Bailey, Colorado, with his wife and pets, enjoying various hobbies such as painting, sculpting, hiking and performing stand-up comedy in Denver.