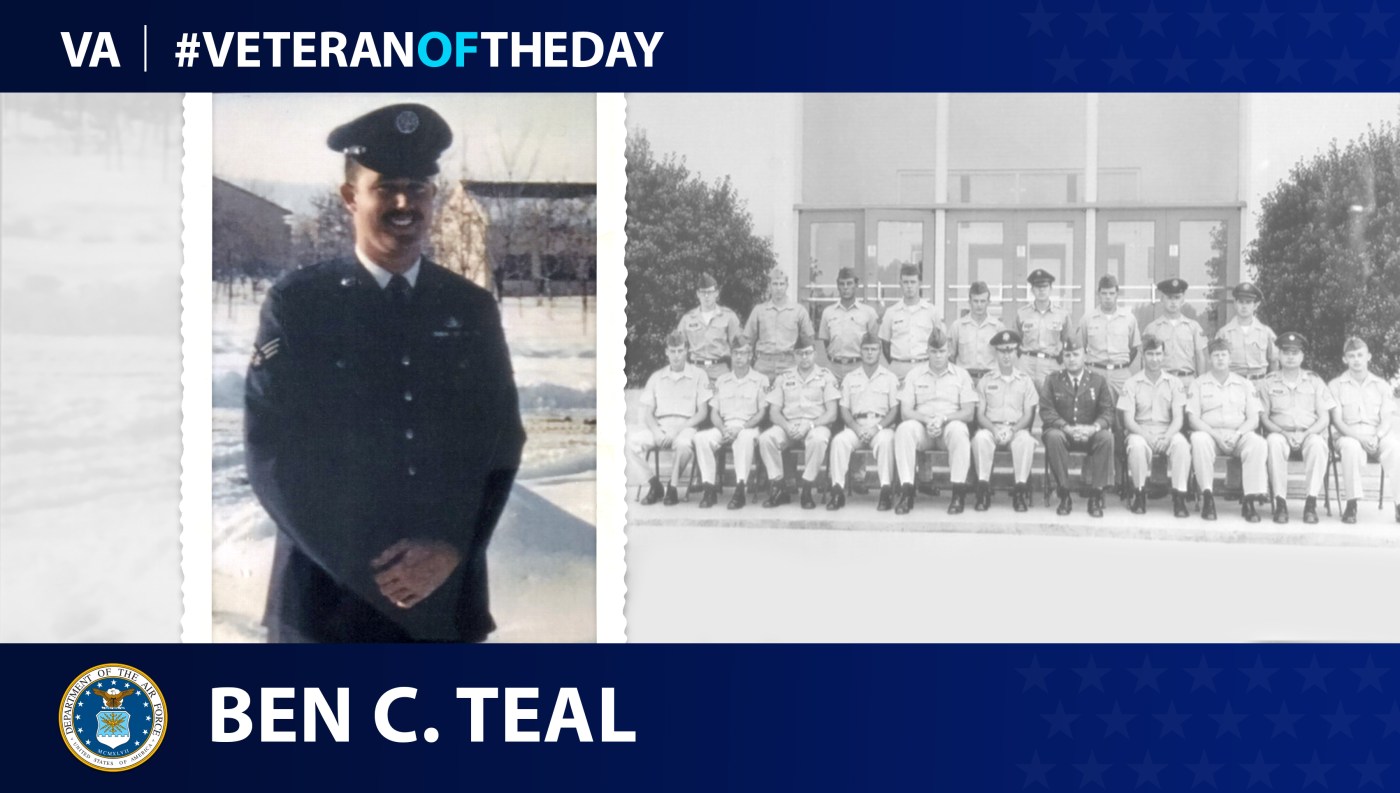 Today’s #VeteranOfTheDay is Air Force Veteran Ben Teal, who served as a gunner and an explosive ordinance disposal specialist.

After completing gunnery training, Teal went to Osan Air Base in South Korea. For the next 13 months, Teal learned to assemble and store bombs and also worked with missiles. He said locals frequently broke into the ammunition area to steal brass. However, since they used brass to make other products, Teal was not too concerned about the acts.

After finishing his service in South Korea, Teal went to Eglin Air Force Base in Florida. There, he continued to work on assembling ammunition for training purposes. He was in Florida for only a year and then went to explosive ordnance disposal school in Indian Head, Maryland. At the school, he learned how to dispose of bombs. His newfound knowledge, in addition to his previous experiences, established him as an explosive ordinance disposal specialist.

Because of the increasing threat of nuclear weapons at the time, Teal went to Incirlik Air Base in Turkey. For the remainder of his time in the Air Force, he taught new recruits how to create and dispose of different explosives. While teaching recruits how to create a daisy chain of explosives, a Turkish shepherd, whose flock ran away upon hearing the blast, shot at Teal. Thankfully, Teal was not injured in this encounter.

Teal served from 1964 to 1968 and left the Air Force as an E-4, known as a “buck sergeant.” He went on to work with Quantic Industries because of his history in explosives.