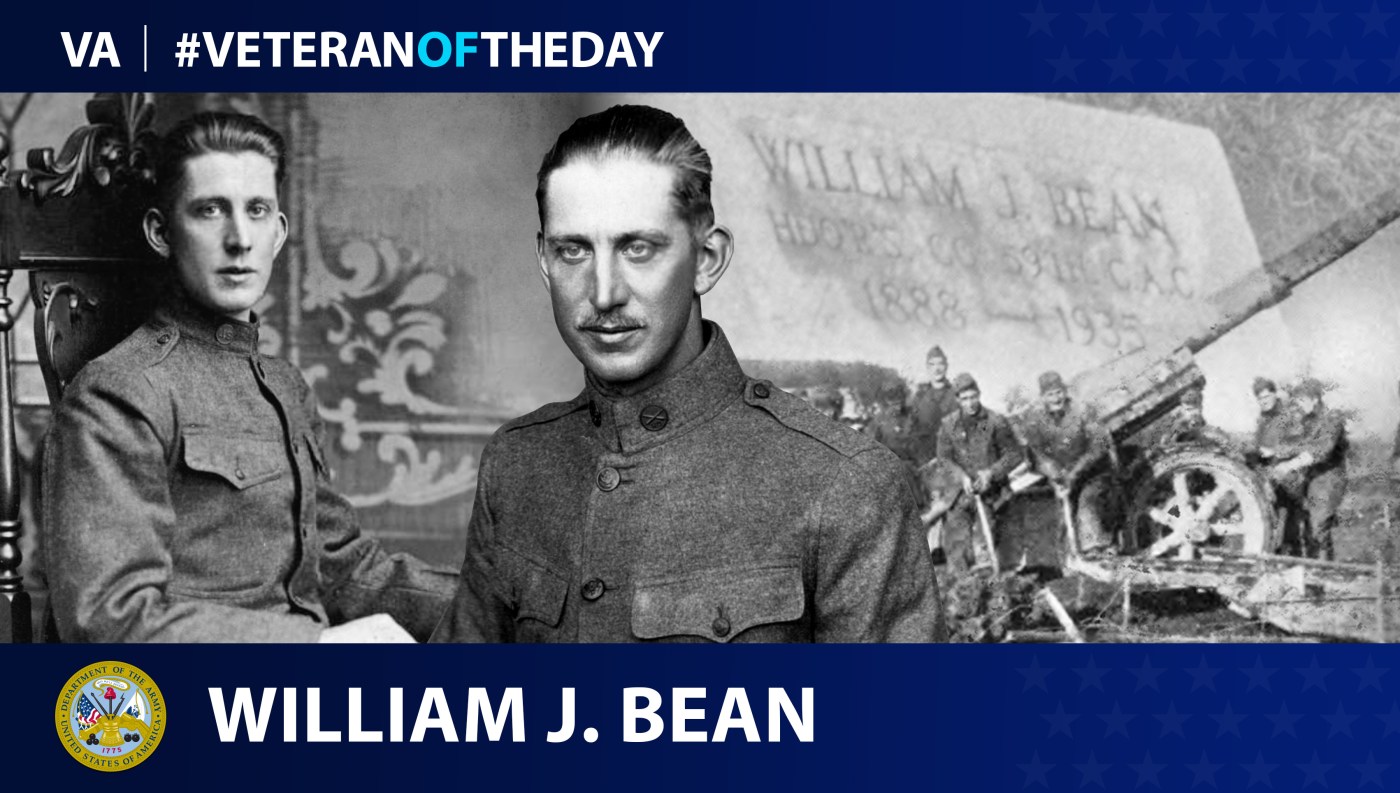 Today’s #VeteranOfTheDay is Army Veteran William James Bean, who fought in the Battle of Saint-Mihiel and the Meuse-Argonne Offensive during World War I.

William James Bean was a bricklayer by trade and enlisted in the Army at the age of 29 in December 1917. He attended training at Fort Hamilton in Brooklyn, New York, and then deployed to France in 1918.

Letters and postcards sent by Bean to his family record his time during the war, from letting his mother know of his good health and of the several meals of beans eaten while in camp. Another reported back on his duties as a corporal, being responsible for eight men. He also wrote about his daily tasks, sharing those that he could remember. Always listed were his good wishes for his loved ones back home.  One letter to his mother, dated Aug. 2, Bean lets her know how optimistic about the future he was for the Allies. He said the other boys and himself were going to make Uncle Sam proud. One month later was his first recorded engagement of the Battle of Saint-Mihiel.

Saint-Mihiel had been a strategic location for the Germans. It would allow them direct access across the Meuse river. The American advance was set for Sept. 2, but, due to rain, had to wait until Sept. 12. With half a million troops, including Bean, the Americans provided much-needed relief. The British could now concentrate their efforts to breach the Hindenburg line. With only a short ten-day break from this victory, Bean and his fellow soldiers had to press forward. His next recorded event was the Meuse-Argonne Offensive during October and November of 1918. Together, the Allied powers would defeat Germany.

From his letter written on Armistice Day, Nov. 11, 1918, Bean tells his mother that he is enjoying his good health. People seemed happy, despite all the destruction. The bombings had left parts of the country in ruins. Bean came across French people as they were returning to their cities and homes, some not knowing if there was one to return to. Yet they remained in good spirits, the French, as they were alive and well.

Bean discharged in January 1919 and returned home to his wife and family.