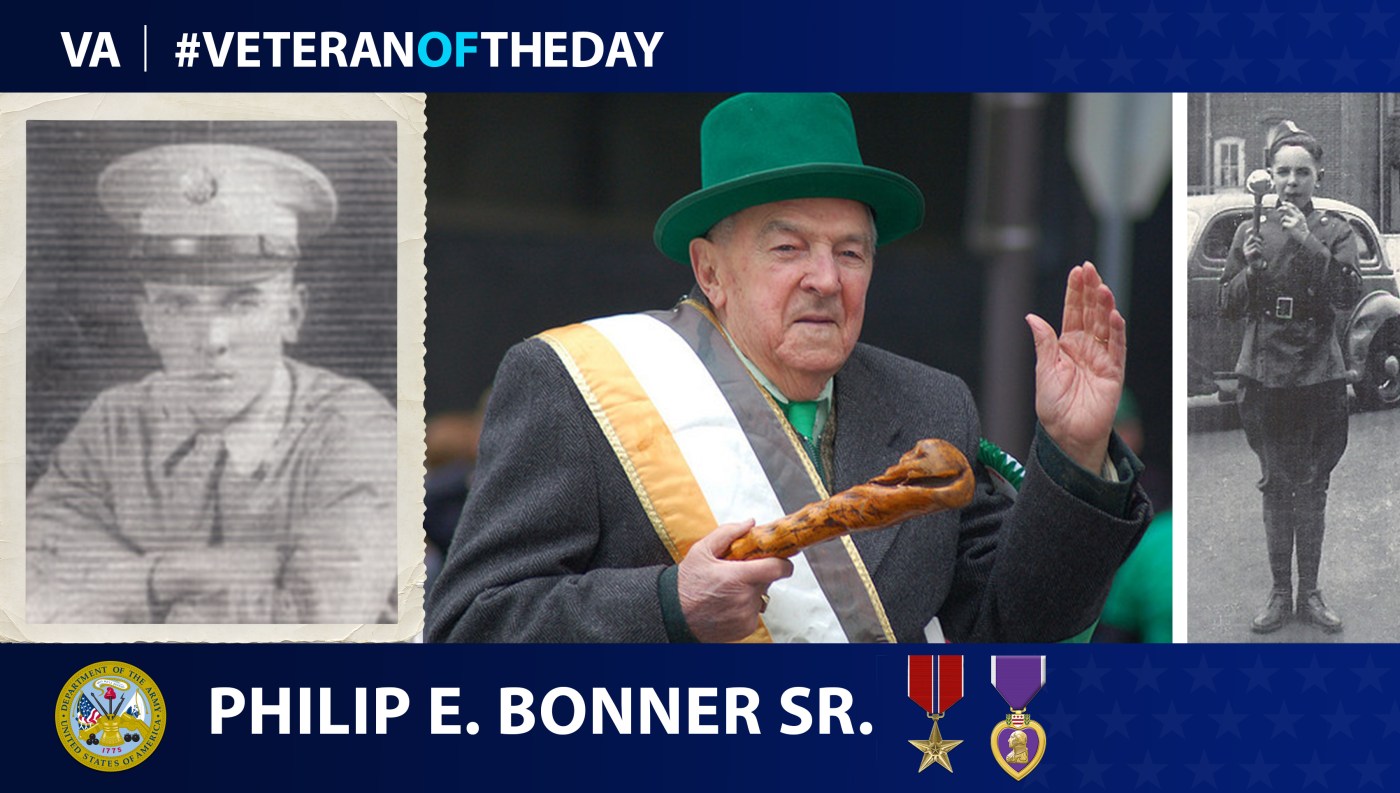 Philip Edward Bonner Sr. was raised in Philadelphia, Pennsylvania. Before joining the Army, he was a coxswain for his high school’s crew team and played trumpet for the marching band. After the Army drafted him in 1943, he served with the 159th Combat Engineer Battalion.

Once deployed, his outfit landed at Utah Beach in Normandy, a month after D-Day. Bonner then took part in liberating Nazi concentration camps, including Buchenwald in Germany. He also fought in the Battle of the Bulge.

Bonner first entered Luxemburg on Oct. 7, 1944. Bonner and his unit were building bridges and roads when the Germans suddenly counter-attacked. Ill prepared, they had limited weaponry. Many of them suffered frostbite on their feet.

In December 1944, Bonner’s battalion helped defend Hill 313 during the Battle of the Bulge. American troops prevented the German capture of the main road from Echternach to Luxemburg.

By Christmas Day, Bonner and his battalion were back in billets in Luxemburg. They were sitting around, relaxing when suddenly, the 4th Infantry Division commander surprised the group with two cases of champagne. He told them that since they fought so courageously, they deserved to have some fun.

During his service, Bonner received a Bronze Star and a Purple Heart.

After Bonner left the Army, he became a Philadelphia police officer and later worked for the Pennsylvania Auditor General’s Office. He was a proud Irishman and member of the Southwest St. Patrick’s Club in Philadelphia. In 2001, Bonner served as Grand Marshal of the Philadelphia St. Patrick’s Day Parade.