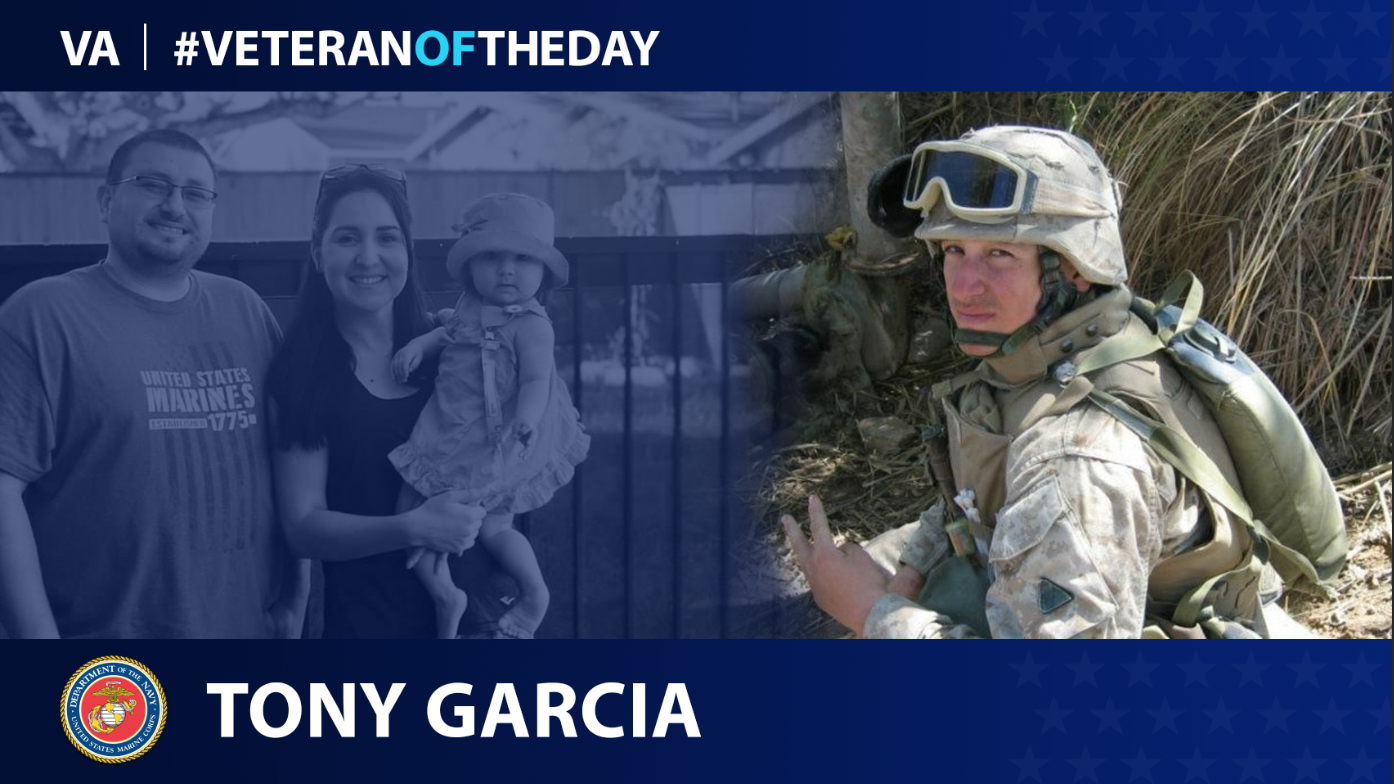 In the aftermath of Sept. 11, 2001, Tony Garcia decided to enlist in the Marine Corps. He said he wanted to be a part of something bigger than himself. He joined the service in April 2002 at age 18 and served in two combat tours to Iraq while in the Marine Corps. During his second tour, Garcia was a corporal and acted as squad and team leader. He also received recognition for his abilities as a machine gunner.

After four years in the Marine Corps, Garcia left active duty in April 2006. He attended Rio Hondo College and received his associate of arts degree. He then attended the University of California, Berkeley, earning a bachelor’s degree in philosophy in 2012. While at UC Berkeley, Garcia worked as a Veteran research intern from January to May 2012. He also served as a peer advocate from September to December 2012. He was uncertain about what he would do after finishing his degree but knew that he wanted to help others.

Garcia continued his education at the University of Southern California to receive his master of social work in 2015, specializing in mental health and the military.

His work with the VA began with an internship in 2014 as a social work intern before he became a full-time social worker in July 2015. He has worked at the West Los Angeles Veterans Affairs Healthcare Center System (VACHS) and currently works at the Long Beach VAHCS for the collaborative program between the U.S. Department of Housing and Urban Development and VA Supported Housing. Garcia helps Veterans who have experienced homelessness by assisting them with obtaining a housing choice voucher and maintaining their housing, while providing resources to connect Veterans to assist them with housing stability.

Garcia said he believes social workers are crucial because they connect Veterans to important resources and provide a personal connection.

“Social workers are a large part of the effort to make Veterans comfortable at our facilities, and they continue to choose the VA for that reason,” said Garcia.