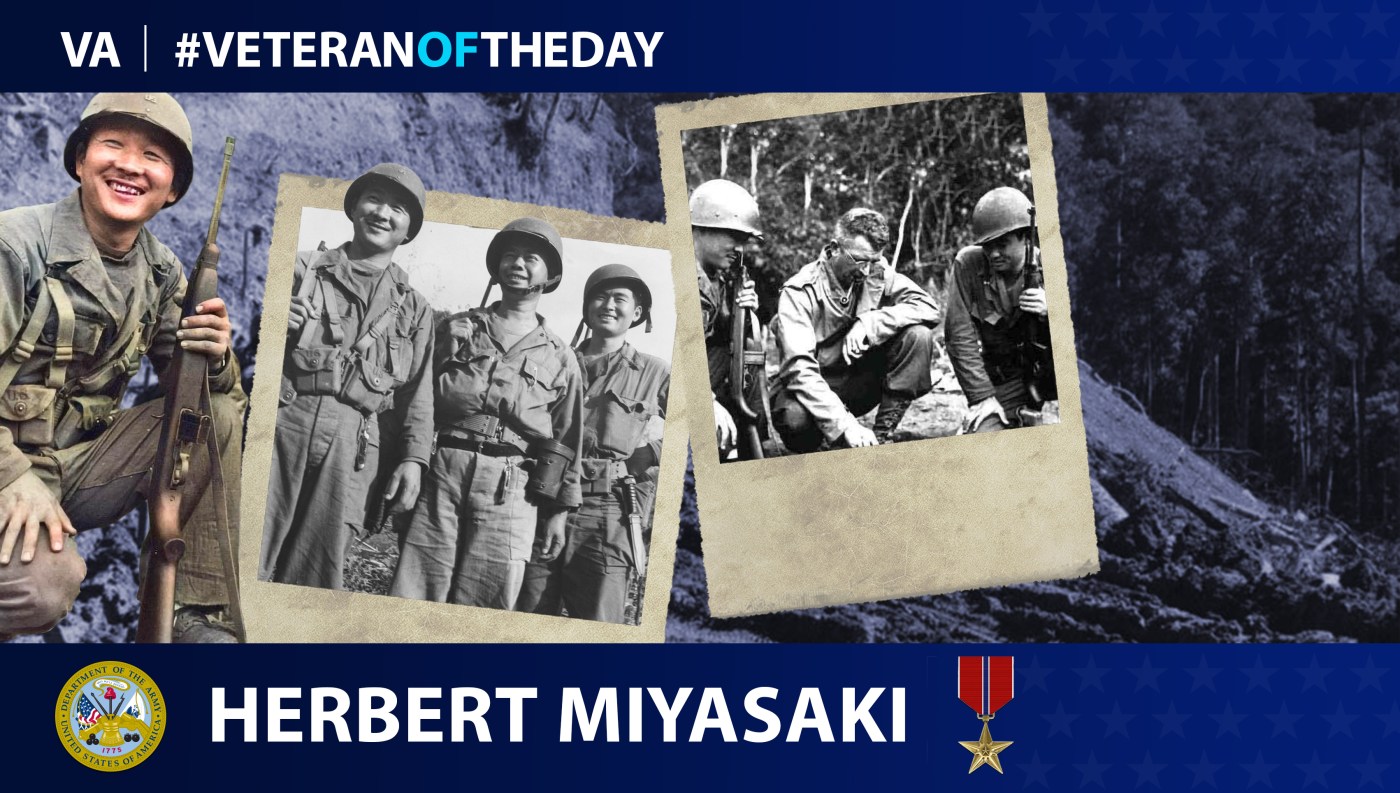 Herbert Miyasaki was a Nisei, a Japanese term for someone born in the U.S. to Japanese immigrant parents. Miyasaki was bilingual. His family spoke Japanese as the primary language at home, but as he grew up in Hawaii, he spoke English in school. Later, he attended college in Japan, but he returned to the U.S. in 1940 to enlist in the Army. By 1942, he was with the 100th Infantry Regiment in Camp McCoy, Wisconsin, now known as Fort McCoy. That same year, he started serving with the Military Intelligence Service.

In the summer of 1943, after extensive training at the Military Intelligence Service Language School, Camp Savage, Minnesota, Miyasaki qualified as an interpreter. He joined an experimental unit to test frontline interrogation in combat. Miyasaki and other Nisei were on the 14-man team.

Miyasaki and the other translators served with the 5307th Composite Unit, known as Merrill’s Marauders. Brig. Gen. Frank Merrill commanded the 5307th. Miyasaki also served as Merrill’s personal translator. Their destination was the China-Burma-India Theater. On the ship, the translators faced hostility from the soldiers. However, Miyasaki and his fellow translators quickly endeared themselves to their comrades.

They first arrived in Bombay, where they trained in the jungle until early 1944. After jungle warfare training, the unit knew the main objective: penetrate behind Japanese lines, inflict as many casualties as possible and cut supply lines. Marauders fought determined Japanese troops and a myriad of tropical diseases. They had to march for hundreds of miles through the dense Burmese jungle.

Miyasaki played a significant role as one of the head interrogators by analyzing captured material and dealing directly with prisoners to gain information. Miyasaki commonly engaged in mental battles with Japanese prisoners to break them. This involved extensively studying the backgrounds of the prisoners of war, eventually gaining their confidence and not showing any type of fear. Due to his interrogations, Miyasaki gathered important information that directly led to the success of his unit.

The unit served in constant combat against the Japanese for five months with little rest in the Burmese jungles. By August 1944, only 200 of the approximate 3,000 original men were left when the Army pulled the unit from action. Miyasaki suffered from malaria and nearly died several times in battle.

All members of Merrill’s Marauders received a Distinguished Unit Citation, which was later reclassified as the Presidential Unit Citation. Miyaski received a Bronze Star Medal and Combat Infantryman’s Badge.

Miyasaki reached the rank of lieutenant colonel. He passed away at age 72 in 1988.