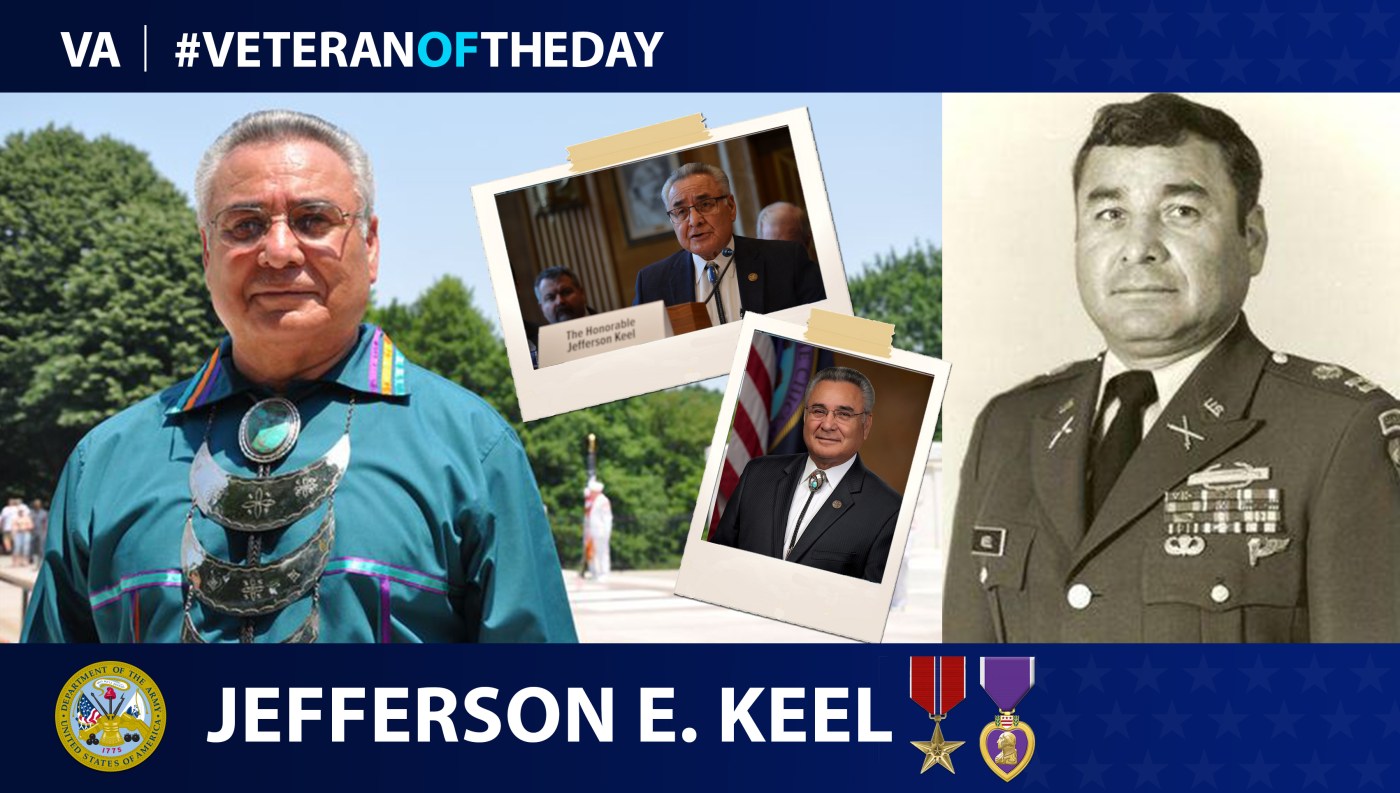 Jefferson E. Keel is originally from Tishomingo, Oklahoma. Keel attended Tishomingo High School and during his senior year in 1966, when he was 16 years old, he joined the Oklahoma Army National Guard. Three years later, he enlisted in the Army.

Keel served a total of 22 years in the Army. The first 11 years of his service were as an enlisted soldier and the following 11 were as an officer. Keel’s enlisted service spanned the infantry, airborne and Rangers. He served two tours of duty in Vietnam, the first tour from 1966 to 1968. He received wounds during the 1968 Tet Offensive, which ended his tour, but later returned in 1970 for his second tour. Keel was an infantryman with the 1st Cavalry Division and then with the 101st Airborne Division.

He discharged from the Army in 1974. He then attended East Central University earning a bachelor’s degree in 1978. While in college, Keel joined the Reserve Officers Training Corps and commissioned as a second lieutenant in field artillery when he graduated.

After college, Keel returned to active duty and went to Fort Sill, Oklahoma, for training. He then went to Fort Carson, Colorado, and commanded a division of more than 250 people managing combat vehicles and communication equipment. Keel then received specialized training and went to Germany as a nuclear targeting officer. After his assignment in Germany, he went to Fort Rucker, Alabama, where he was a fire support and combined arms instructor. While stationed at Fort Rucker, he attended Troy State University and earned a Master of Science degree.

Keel retired from the Army in 1989 achieving the rank of captain. Among his many military awards, Keel earned two Bronze Stars with Valor, two Purple Hearts, two Meritorious Service Medals and an Air Medal.

Keel is over one-half Chickasaw and after his military service he returned to Oklahoma to serve the Indian people. He was Lieutenant Governor of the Chickasaw Nation, serving in this position for 20 years. He was then served as President of the National Congress of American Indians for six years.

Keel has also served as chair or has been a member of numerous organizations and committees dealing with social services and tribal health programs. The Military Museum Hall of Honor in Ardmore, Oklahoma, inducted him for his exemplary military and civilian achievements. Keel was the co-chairman of the advisory committee to the National Native American Veterans Memorial in Washington, D.C. He is also a member of the Chickasaw Warrior’s Society.