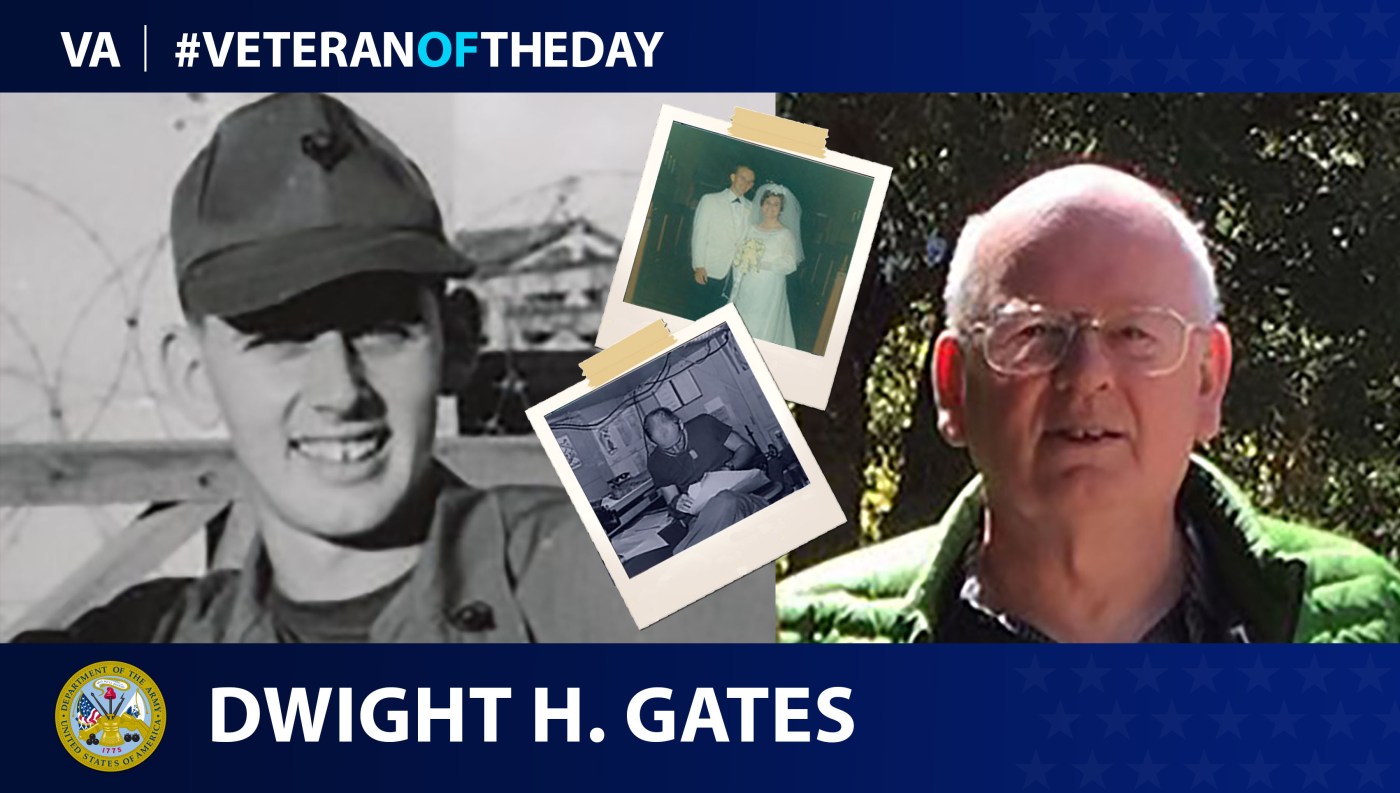 Today’s #VeteranOfTheDay is Army Veteran Dwight Harry Gates, who served as an image interpretation specialist during the Vietnam War.

During his time in Vietnam, Gates also learned how to be a photographer. He flew numerous missions and supervised those under him. Gates left Vietnam in April 1970 for Fort Hood, Texas, processing security clearance paperwork for his division. He then attended the Defense Sensor Interpretation and Applications Training Program at Offutt Air Force Base, graduating in June 1971. His next assignment was to the U.S. Army Europe in Heidelberg, Germany. In Germany, Gates worked for five and a half years, helping gather intelligence during the Cold War.

In April 1977, he achieved the rank of sergeant first class and received a Meritorious Service Medal for his service in Europe. Gates moved the following summer to Fort Carson, Colorado, to be part of the 4th Infantry Division, where he served as intelligence analyst.

Gates left active duty in September 1979. He then joined the Reserve as a member of the 440th Military Intelligence Detachment, specializing in terrain analysis and country studies. He promoted to master sergeant in August 1980. After his promotion to captain in 1982, Gates served with the 1st Maneuver Training Command of 96th Army Command and trained Reserve units in intelligence.

After receiving a bachelor of arts in urban geography from the University of Colorado in 1985, Gates worked for the city of Woodland Park, Colorado, for five years before becoming a city planner. Between 1985 and 1989, he had several assignments with the Army including attending a military intelligence officer course and writing the security standard operating procedures for the Secretary of the Army’s office. In 1992, after more than 20 years of service, Gates retired. He joined the Defense Intelligence Agency and served as an intelligence officer until October 1996. Gates became a charter member of the National Imagery and Mapping Agency, now known as National Geospatial-Intelligence Agency.