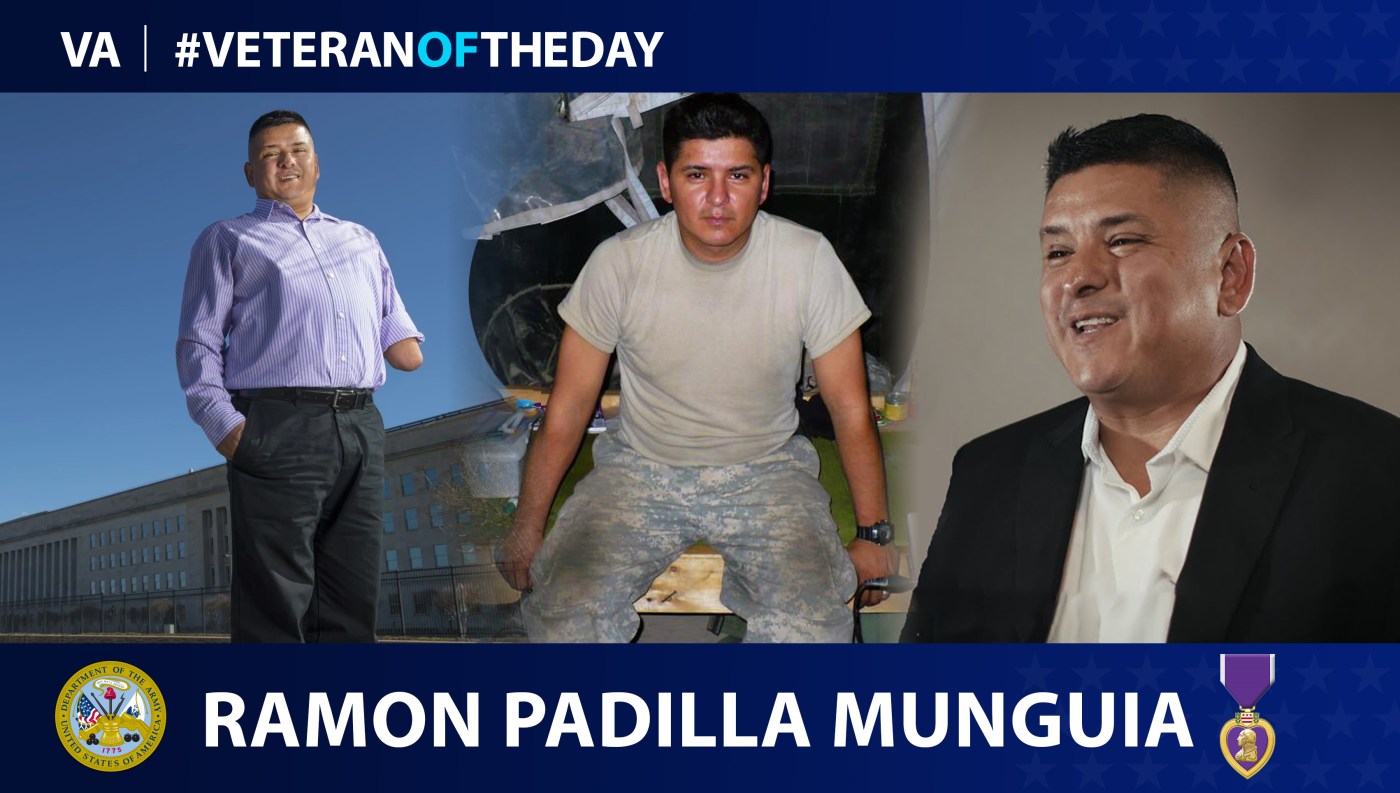 Ramon Padilla Munguia was born in Tijuana, Mexico, and moved to the U.S. when he was 2. He grew up in El Monte, California, and after graduating high school, he started working for the El Monte Parks and Recreation department. At 21, Munguia became a volunteer for the El Monte Police Department, which influenced his decision to join the Army in 2000 at age 25.

Munguia completed basic training at Fort Benning, Georgia. As one of the older recruits, he acted as a mentor to fellow soldiers. In 2002, he transferred to Camp Hovey in Korea. He later served at Fort Riley, Kansas; Fort Irwin, California; and Camp Ederle, Italy, with the 173rd Airborne Brigade. In 2005, Munguia deployed to Iraq for 12 months. He spent time in Tamiya, West Iraq and Abu Ghraib, where his unit worked daily 12-hour shifts.

Munguia’s unit deployed to Afghanistan in 2007. While stationed in the Korengal Valley, his unit came under fire. During the attack, an RPG blew up next to him, and shrapnel from the explosion severed his left arm. A bullet also struck Munguia, cracking his skull and causing a traumatic brain injury. In an interview for the American Veterans Center, he recalled his fellow soldiers working to save his life.

A helicopter crew evacuated Munguia to Landstuhl Regional Medical Center in Germany. While at the center, the military flew in his family members to visit him. He then went to Walter Reed Medical Center in Bethesda, Maryland, where he finished recovering.

Munguia medically retired from the Army as a sergeant first class in September 2009. Despite his injury, he learned how to play golf in 2008 and continues to play to this day. Munguia also coaches an American Legion baseball team and teaches other recovering Veterans how to play golf.