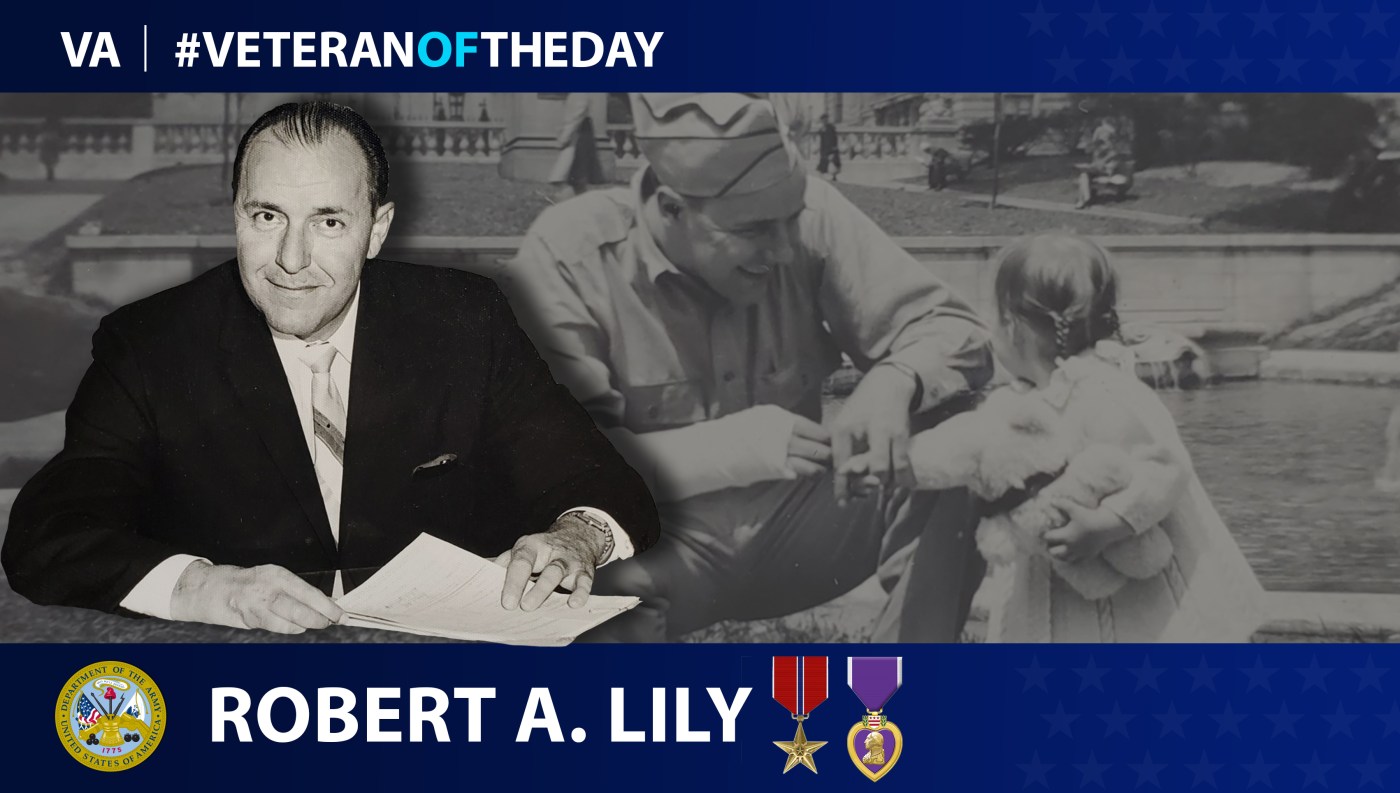 Today’s #VeteranOfTheDay is Army Veteran Robert Allen Lilly, who served as an officer for the 30th Infantry Division in Europe during World War II.

Robert Lilly enlisted in the Army after Pearl Harbor, and went Camp Wheeler, Georgia, to begin basic training. Upon completion, he went to Noncommissioned Officers Training and later Officer Candidate School at Fort Benning, Georgia. Leaving his training with the rank of second lieutenant, Lilly transferred to the 30th Infantry Division at Camp Myles Standish in Massachusetts, where he boarded USS Brazil. He sailed to England for the remainder of his training before the invasion of France.

Lilly landed on Omaha Beach on D-Day seven days after the invasion, serving as a weapons platoon leader for 3rd Battalion, Company L. He spent one month in France before an 8.8 cm Flak German “88” mm anti-aircraft and anti-tank artillery injured him. Lilly suffered 29 separate wounds from the attack and later discovered he lost the use of his right hand. Doctors spent the next few years running tests on him to try to reverse the nerve damage. Ultimately being classified with an 80% permanent disability, Lilly decided that he would rather see his family than undergo more tests. He left the Army in September 1947.

Lilly returned to his civilian career with the Social Security Administration. He was a founding employee of the Baltimore office. Lilly moved to the Woodlawn Campus, rising through the ranks and eventually serving as the Acting Deputy Director of the Office of Central Records Operations. He retired in 1979 after a 42-year career of service.