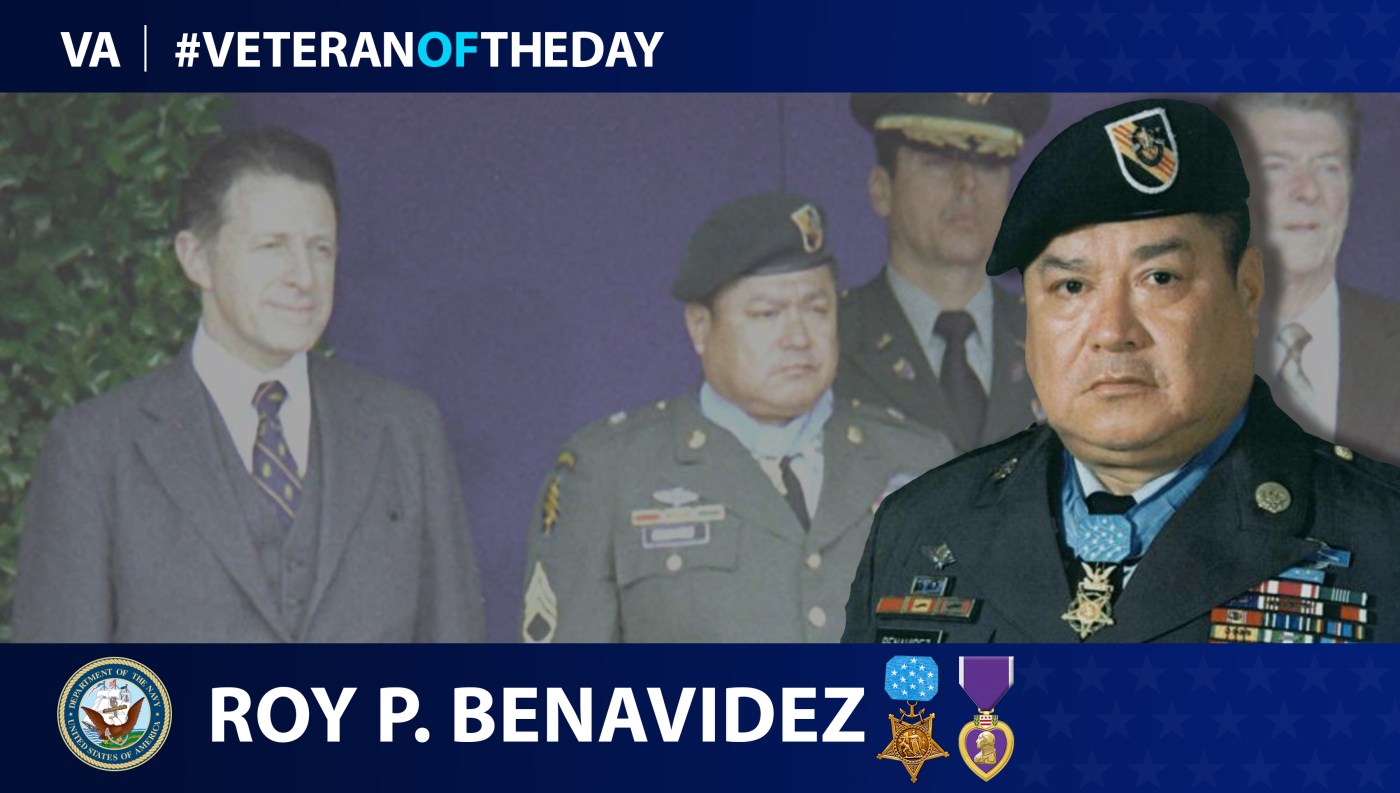 Raul Perez Benavidez, nicknamed Roy, was born in August 1935 in Cuero, Texas, and grew up in El Campo, Texas. Before enlisting in the Texas Army National Guard in 1952, he worked as a migrant farmworker.

In June 1955, Benavidez received his infantry training at Fort Ord, California. By 1965, Benavidez was in Vietnam as a military adviser to the South Vietnamese Army. While gathering intelligence of possible Vietcong infiltration, Benavidez stepped on a land mine that left him with severe damage to his spine. Immediately taken to Brooke Army Hospital in San Antonio, Texas, doctors told him he would never walk again.

On May 2, 1968, a 12-man special forces team near Loc Ninh, Vietnam, came in contact with an entire infantry battalion of the North Vietnam People’s Army. After several attempts to rescue the patrol, Benavidez boarded a helicopter and ordered the pilot to a clearing where he could jump from the flying helicopter. He ran under heavy small arms fire to the crippled team, where he carried and dragged half of the wounded men to the helicopters for extraction. Before his escape, the enemy shot down the helicopter. To save the remaining survivors, Benavidez ordered another extraction attempt. As another helicopter landed, an enemy soldier attacked Benavidez, who grabbed the weapon and killed the enemy. Benavidez suffered a broken jaw and 37 bullet and bayonet puncture wounds.

Back at the base, doctors pronounced Benavidez dead. As he was being zipped into a body bag, Benavidez spit in the doctor’s face to get his attention. He spent the following year recovering from his injuries.

Benavidez received a Medal of Honor and Purple Heart. He reached the rank of master sergeant and completed a GED and a college degree.

Benavidez married his childhood sweetheart, Hilaria Coy and the couple went on to have three children together: Noel, Yvette and Denise. During his retirement, he settled down with his family in El Campo, Texas. Benavidez often talked about the importance of education and the military at several military bases, schools and runaway shelters. Later in life, Benavidez became active in Veterans issues, lobbying for disability benefits and testifying at House committees.

Benavidez passed away on Nov. 29, 1998 and is buried at Fort Sam Houston National Cemetery in San Antonio, Texas.