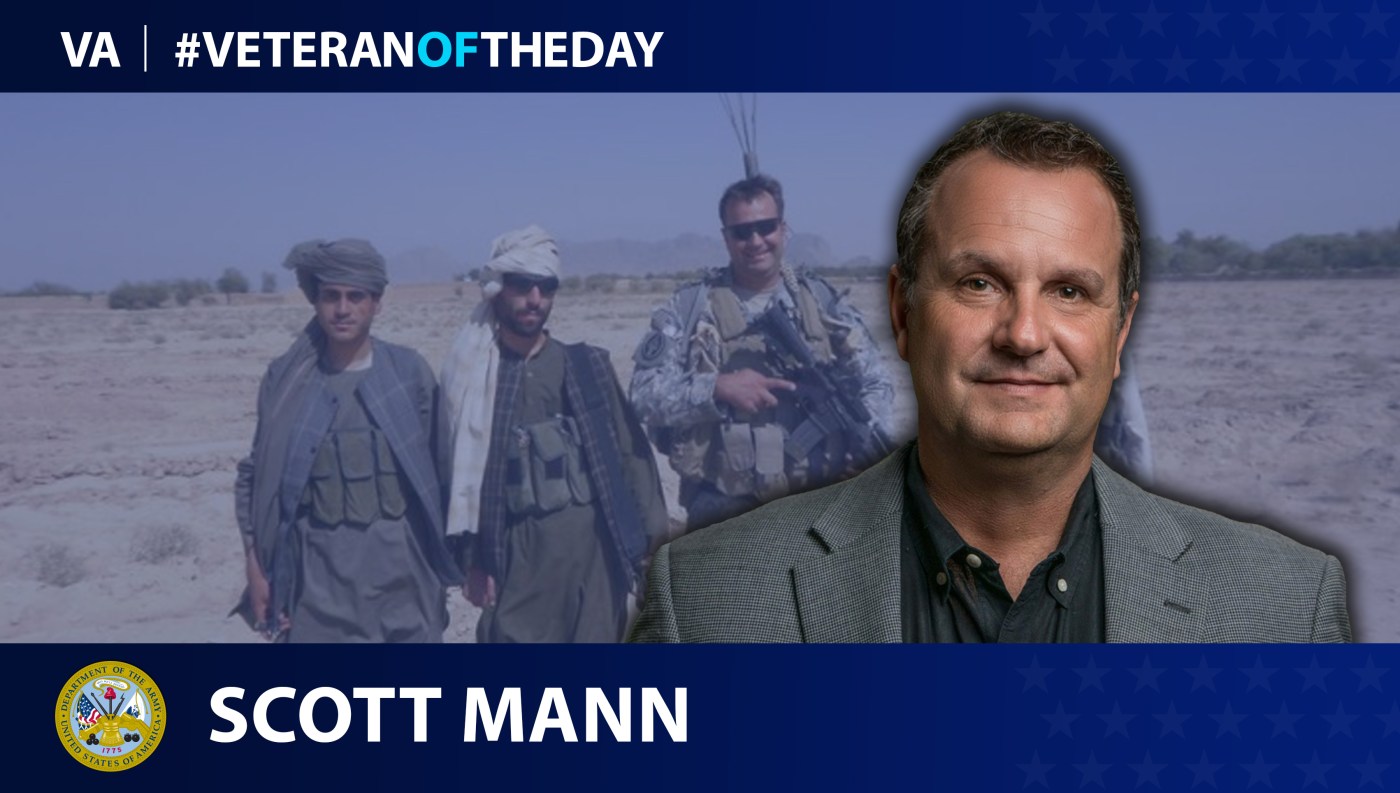 Today’s #VeteranOfTheDay is Army Veteran Scott Mann, who served in special forces on missions from Latin America to the Middle East.

Scott Mann was born in Clifton Forge, Virginia. Growing up, he spent most of his childhood moving to different states in the South due to his father’s work as a forester with the U.S. Department of Forestry. At 14 years old, while living in Arkansas, he met a Green Beret at a soda shop. From then on, Mann wanted to become a Green Beret.

Mann graduated from the University of Central Arkansas in 1990 and commissioned as an Army second lieutenant shortly after graduation. He completed his Green Beret training in 1996 at Fort Bragg, North Carolina, and transferred to the 7th Special Forces Group. Three days later, he went to a border outpost in South America, between Peru and Ecuador. He assisted with peacekeeping efforts between the two countries. In addition to his work in Peru and Ecuador, he also deployed to Colombia, Panama and Iraq.

In 2004, Mann deployed to Afghanistan. His mission was to limit the Taliban’s power in rural Afghanistan by helping build peaceful relationships between villages. In 2010, Mann helped implement the Special Forces Village Stability Operations. The operations entailed working with and living among Afghan villagers in order to better promotes peace, trust and cooperation among them. At the beginning stages of the operation, there were six villages working with them; after 18 months there were 113 villages. In an interview with the American Veterans Center, Mann attributed the special forces’ ability to act as an intermediary for village conflicts as the reason why the Village Stability Operations were successful.

In 2012, after retiring from the Army, Mann began experiencing symptoms of post-traumatic stress disorder. He got his life back on track through a friend’s encouragement to use storytelling as a method to heal and help with transitioning back to civilian life. Inspired by this, Mann founded The Heroes Journey. The non-profit organization helps struggling Veterans tell their stories as they transition to civilian life. He also wrote a play called Last Out, which toured over 14 cities. The play’s goals are to honor Veterans and make a positive impact in their lives.

Mann currently resides in Florida with his wife and their three children.