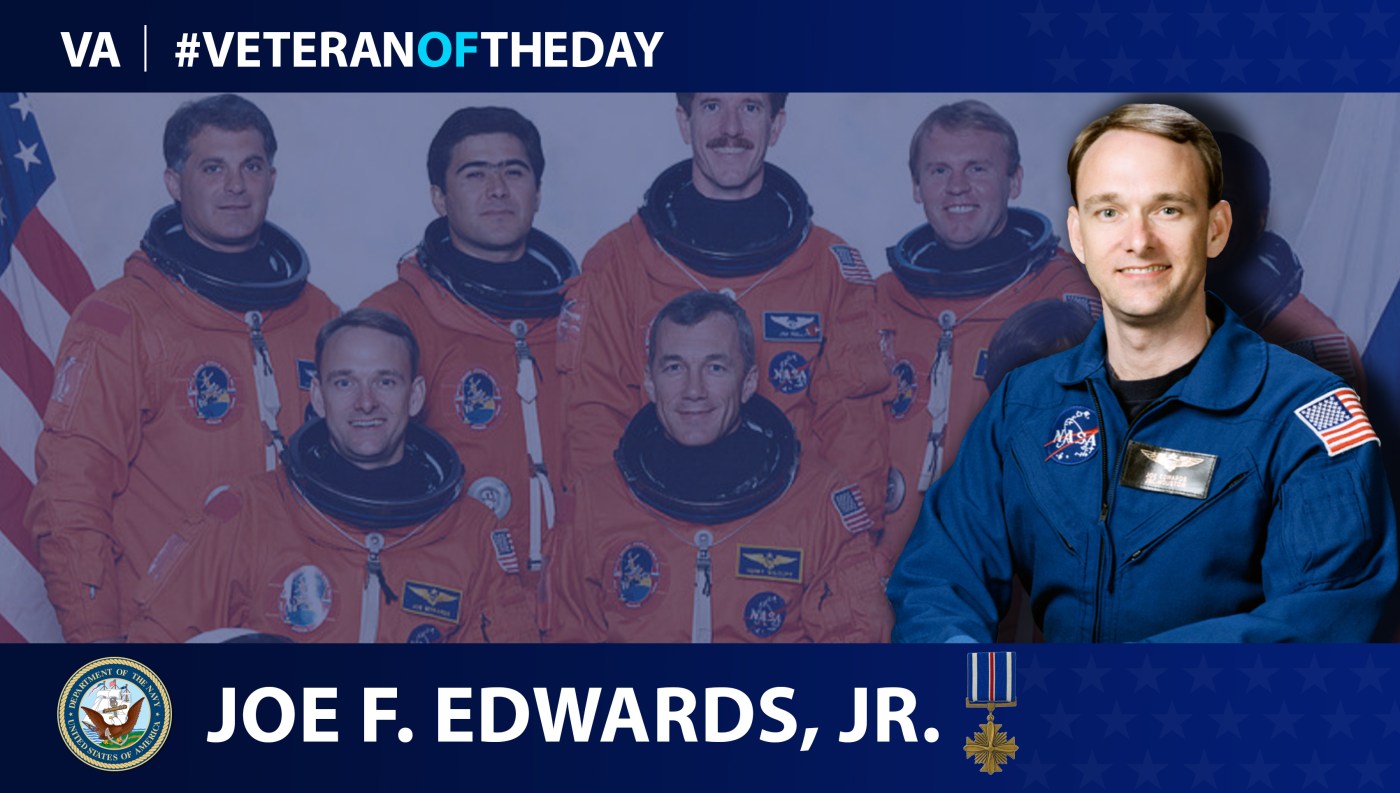 Today’s #VeteranOfTheDay is Navy Veteran Joe Frank Edwards Jr., who served as a fighter pilot during the Persian Gulf War and a NASA astronaut.

He knew he wanted to be a Navy fighter pilot when he was 10. In high school he applied to both the Air Force and Naval academies.

Edwards decided to attend the Naval Academy in Annapolis, Maryland, where he graduated with a bachelor of science in aerospace engineering in 1980. After graduating, Edwards arrived in Pensacola in June 1980 to begin primary flight training. He finished at the top of his class in December 1980 and moved to Mississippi for jet training. In February 1982, Edwards transferred to Fighter Squadron 101. Edwards continued his education, graduating from the U.S. Navy Fighter Weapons School in 1984 and Test Pilot School in 1986. During his first six years of operational flying, he was the squadron’s pilot of the year five times.

In November 1991 Edwards was flying in the Persian Gulf when the radome detached from his plane, destroyed the canopy upon impact, and hit him in the face. Edwards was temporarily blinded in his right eye, but he managed to make an emergency descent with a broken collarbone and collapsed lung. For his daring feat he was awarded the Distinguished Flying Cross. While recovering from his injuries, Edwards worked in the Operations Directorate of the Joint Chiefs of Staff in Washington D.C. and earned his master of science in aviation systems from the University of Tennessee, Knoxville, in 1994.

In December of that year, Edwards was selected from over ten thousand applicants to be a NASA astronaut. On Jan. 22, 1998, Edwards piloted the space mission STS-89, which transferred scientific equipment and water from the Space Shuttle Endeavour to Russia’s Mir space station.

Edwards retired from NASA and the Navy on April 30, 2000, in order to focus on raising his newborn daughter. He became involved with several technology and aviation companies, and he remains a member of the Aircraft Owners and Pilots Association, as well as the Experimental Aircraft Association. During his career, he flew over 4,000 hours and logged more than 650 arrested landings.