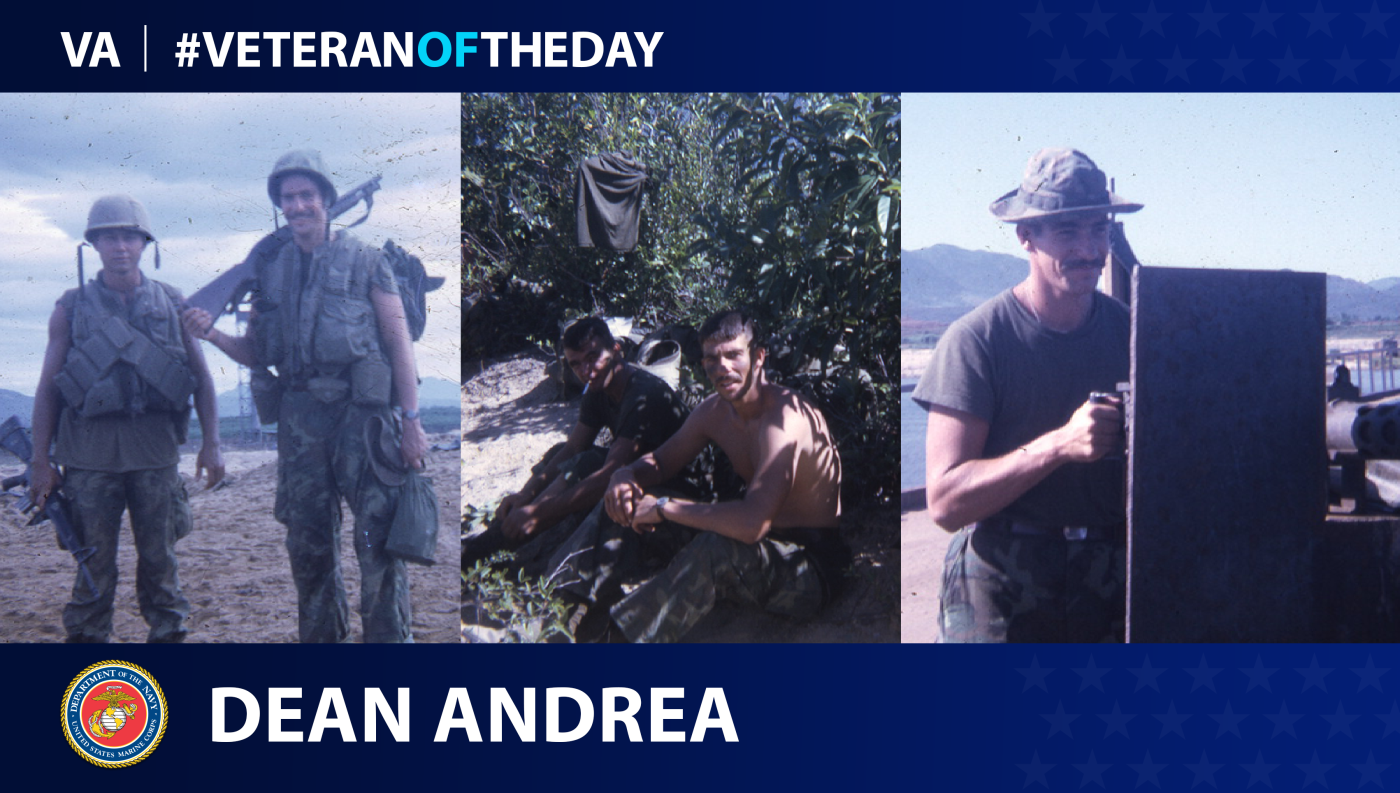 Today’s #VeteranOfTheDay is Marine Veteran Dean Andrea, who served as a captain during the Vietnam War and became a basketball coach.

Dean Andrea was born in September 1946 in New York City. He attended the University of Dayton and was playing for their basketball team when he received his draft notice. Andrea graduated from college in 1968, becoming the first person in his family to do so. He joined the Marine Corps shortly after, influenced by his father, who served as a Marine during World War II. Although his father rarely talked about his experiences in the war, Andrea admired his patriotism and service.

Andrea completed basic training at the Marine Corps Recruit Depot in Parris Island, South Carolina. As a young man from New York City who had never held a gun before, Andrea experienced a culture shock at bootcamp, but after a few weeks of training he adjusted to the standards and expectations of the Marine Corps. He was an honor graduate and went to Officer Candidates School. Andrea valued the leadership aspect of the Marines, so he accepted the offer. He graduated from OCS before going to Vietnam.

When Andrea arrived in Vietnam, the North Vietnamese were rocketing Da Nang Airport, where his plane was trying to land. Andrea served with 2nd Battalion, 5th Marines, who were based out of An Hoa Combat Base, a village transformed into a makeshift base with barracks and artillery. Andrea served with the Echo platoon and remained primarily in the bush for the next 16 months.

When not fighting, Andrea spent his time waiting and walking around. He found out about the moon landing and the Mets winning the World Series while lying in the bush. Andrea’s primary objective was to ensure that all of the men under his command made it home and he put pressure on himself to meet this goal. He also helped guard the Liberty Bridge and served with South Vietnamese soldiers on the Ho Chi Minh Trail for three weeks.

Andrea left Vietnam in 1971 and taught Infantry Training Regiment (ITR) at Camp Pendleton to 2nd Battalion Marines for one year. He discharged from the Marines at the rank of captain.

Andrea quickly adjusted to civilian life and enrolled in night classes at the University of California, Irvine. He planned to earn his master’s degree and go back to the East Coast to attend law school, but his roommate convinced him to stay in California and become a teacher. While enrolling in their education program, Andrea ran into the UC Irvine basketball coach, who offered him a position as the assistant coach.

Andrea served as the women’s basketball coach at UC Irvine for 13 seasons. Starting in 1990, he taught American history and coached boys’ basketball at Stockdale High School in Bakersfield, California, for 15 years. Andrea had planned to retire but currently serves as the assistant coach for the Corona del Mar High School boys’ basketball team.