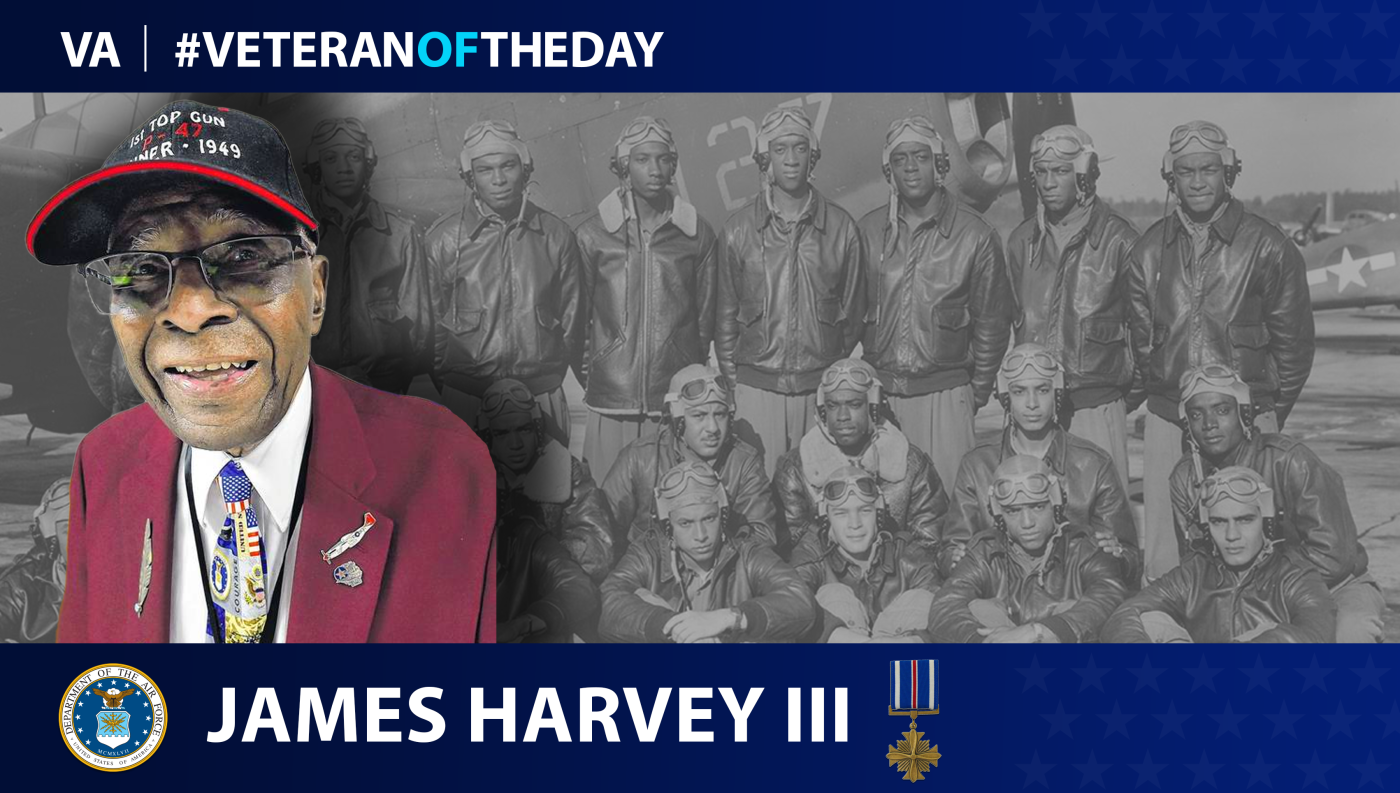 James Harvey III was born in Montclair, New Jersey, in July 1923. When he was a young teen, his family moved to Nuangola Station, Pennsylvania. Harvey excelled in high school, becoming senior class president and valedictorian.

In April 1943, the Army drafted Harvey as an engineer. He previously showed interest in cadet training but the Army denied him. He reapplied and completed the Cadet Training Exam at Bolling Field, Washington D.C. Harvey attended flight training at Moton Field, Alabama. He went to flying school at Tuskegee Army Air Field, where he graduated as a second lieutenant in October 1944. Harvey served with the 99th Fighter Squadron where he flew P-47s at Godman Field, Kentucky.

Before Harvey’s unit could deploy to Europe or fly support for the push into Japan in Okinawa, the war ended. After the U.S. military officially ended segregation in 1949, Harvey’s squadron disbanded. Harvey joined the 332nd Fighter Group and was one of three pilots in the first U.S. Air Force Weapons Meet at Nellis Air Force Base, Nevada. His unit placed first in the competition and Harvey earned the nickname “Top Gun.” However, the Air Force did not recognize the victory until 1995. In an interview with the American Veterans Center, Harvey recalled their performance during the meet.

“We led from start to finish.”

After the competition, Harvey served at Misawa Air Base, Japan, where he flew F-80 Shooting Stars. In 1950, Harvey became the first black jet fighter pilot to fly in Korean airspace and received a Distinguished Flying Cross and multiple other Air Medals after inflicting significant damage to enemy forces during inclement weather conditions. Throughout his time in the military, Harvey received 11 different Air Medals due to his numerous engagements with enemy forces.

Before retiring from the military in May 1965, Harvey served as a flight commander, a flight safety officer, a test pilot, an assistant group operations officer and a battle staff training officer for the commanding general of the North American Aerospace Defense Command. He left the service after 22 years as a lieutenant colonel. Harvey currently resides in Denver, Colorado, and is one of the few remaining members of the Tuskegee Airmen.