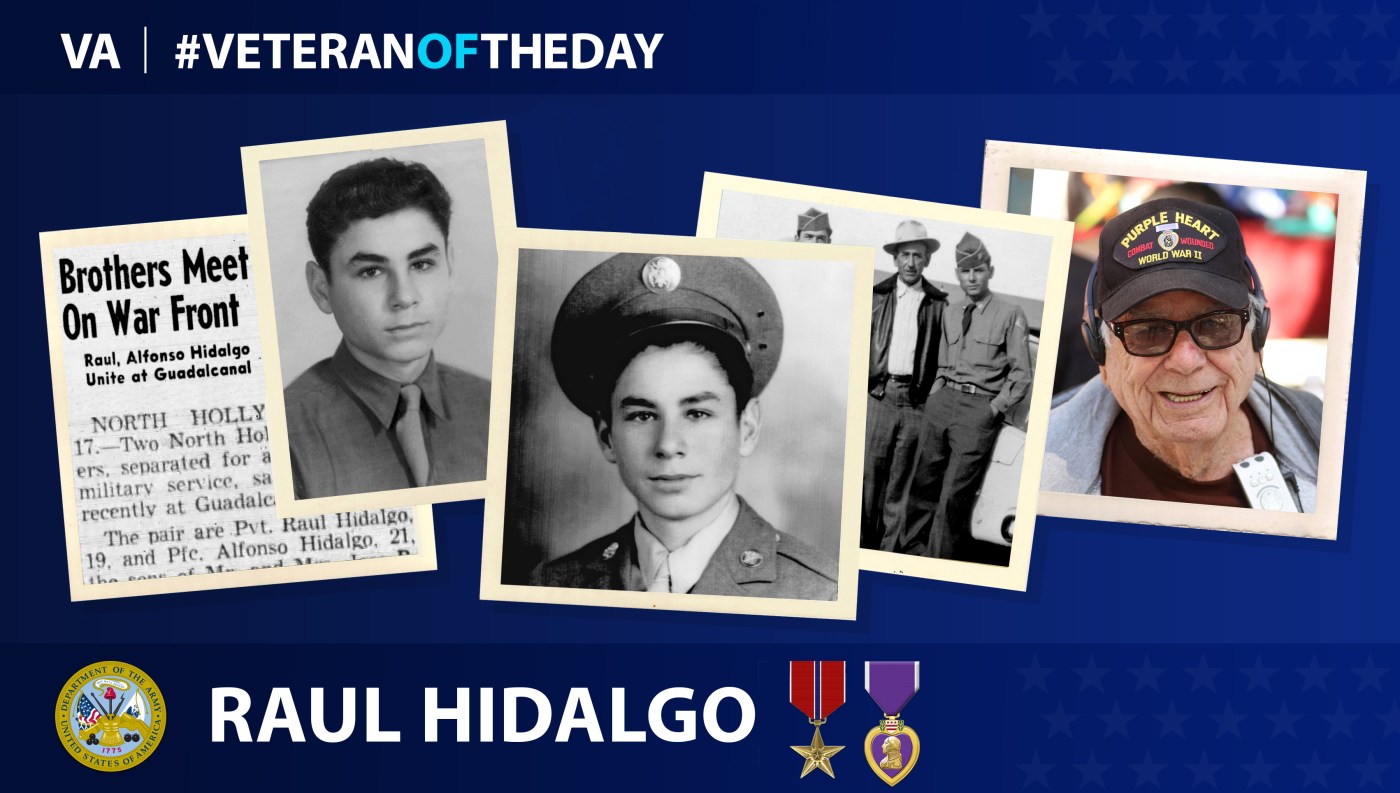 Born in 1924 in La Puente, California, Raul Hidalgo was the second oldest of seven children. After attending North Hollywood High School, the Army drafted Hidalgo in March 1943 and went to Camp Santa Anita in Arcadia, California. He then completed basic training at Casper Army Air Base in Wyoming. On April 3, 1943, Hidalgo entered active service.

Hidalgo received his assignment to join the 43rd “Winged Victory” Division in the 169th Infantry Regiment and serve in the Asiatic Pacific Theater. He departed the U.S. Sept. 10, 1943.

While overseas, Hidalgo served as a reconnaissance unit scout in the New Guinea, Northern Solomons and Luzon campaigns. Hidalgo encountered his brother, Alfonso Hidalgo, who served in the 164th Infantry Regiment of the Americal Division on Guadalcanal, one of the Solomon Islands. The pair reunited after not seeing each other for a year and a half.

During his time in the service, Hidalgo received a Bronze Star Medal, a Purple Heart, a Good Conduct Medal, an Asiatic-Pacific Campaign Medal with three battle stars and an arrowhead device, and a World War II Victory Medal.

On Oct. 8, 1945, Hidalgo returned to the U.S. along with his brother on USS Gen. John Pope after serving more than two years overseas.

Upon his arrival to the U.S., Hidalgo joined the California National Guard, serving in the 223rd Infantry Regiment in the 40th Division of Company F. He worked in construction until 1951. He then began working for the city of Los Angeles for over 25 years. Hidalgo also took advantage of his VA home loan benefit and purchased a house for his family in 1952.

After retiring, Hidalgo and his wife moved from Sun Valley, California to Lancaster, California. The couple, celebrating 73 years of marriage, have five children, nine grandchildren, 13 great-grandchildren and three great-great grandchildren.