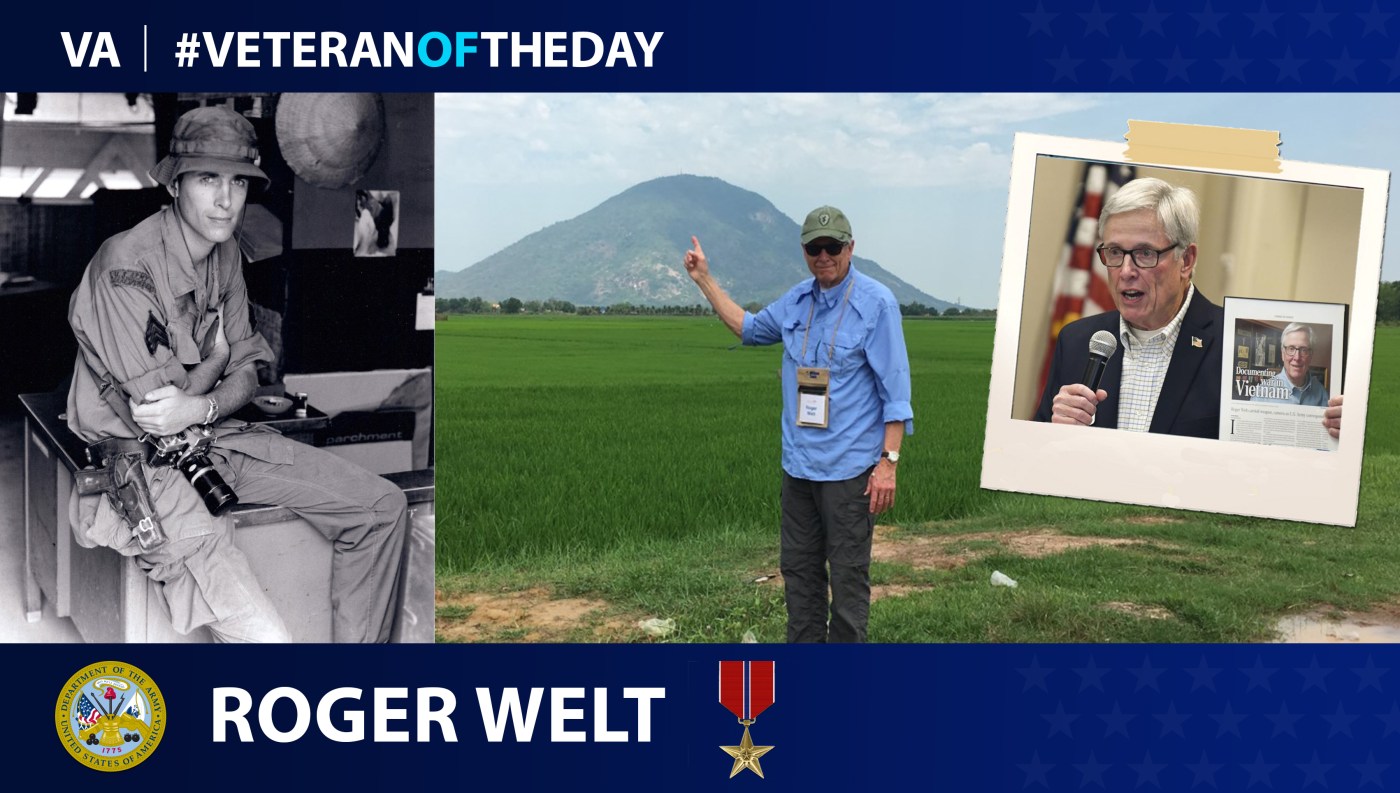 Today’s #VeteranOfTheDay is Army Veteran Roger Welt, who served as a rifleman and combat correspondent during the Vietnam War.

Roger Welt grew up in Modesto, California, and studied medicine in college. The Army drafted Welt in November 1967. He reported to boot camp at Fort Lewis, Washington, followed by advanced infantry training.

Although he learned how to fly helicopters at Fort Wolters, Texas, Welt decided to go to Vietnam as an infantryman. In October 1968, he went to the 90th Replacement Battalion at Tan Son Nhut Air Base near Saigon before receiving new orders. Welt then served as a rifleman at a fire support base with a mechanized unit of the 25th Infantry Division, 4th Battalion, 23rd Regiment. He blocked North Vietnamese troops from coming through the Ho Chi Minh Trail.

While there, a captain from a different unit asked Welt if he knew how to operate a camera. The captain handed Welt a new Minolta SRT 101, and a week later, Welt found himself in a new role as the battalion combat correspondent.

As a correspondent, Welt experienced a great deal of independence. His assignments included talking to civilian journalists, writing soldier profiles for their hometown newspapers and providing publicity to field officers before they made rank. His work appeared in newspapers such as “Tropic Lightning News” and “Stars and Stripes.” Welt received three Bronze Star Medals, an Army Commendation Medal and a Combat Infantryman Badge.

After Welt discharged in 1969, United Press International offered him a job to continue covering the war. But Welt turned it down to attend Idaho State University. He decided to switch majors from journalism to parks and recreation management. After graduating, he became a national park ranger at Yellowstone National Park. Welt then worked for the YMCA in Santa Maria, California. He earned his master’s degree in counseling from California Polytechnic State University in 1974, before moving to Micronesia, where he met his wife. In 1984, he graduated from the University of San Francisco with a doctorate degree.

Welt worked at Lake Tahoe Community College for 13 years and then moved to Saipan in the Northern Mariana Islands. He returned to Santa Maria and worked at Allan Hancock College as the vice president of student services until his retirement in 2009.