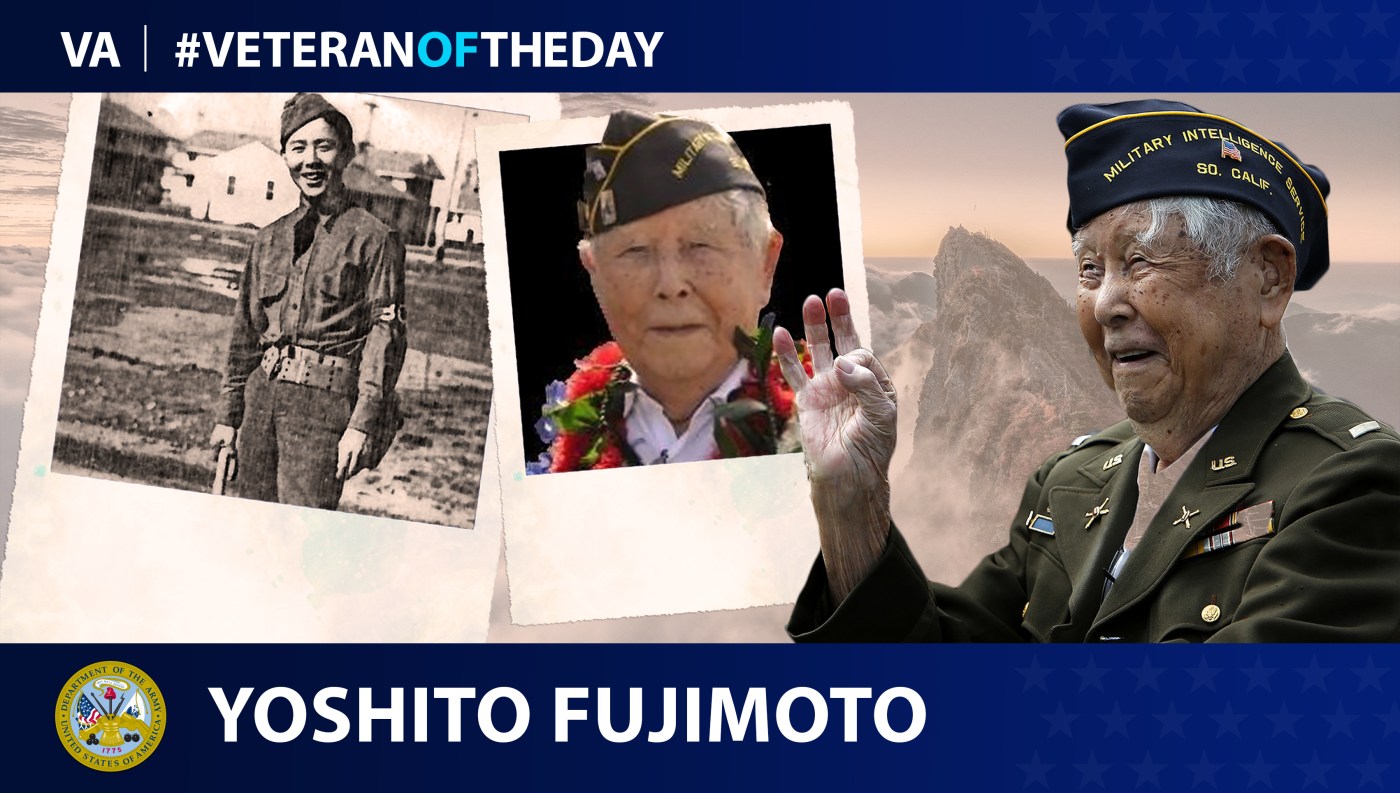 Yoshito Fujimoto was born in April 1918 in Del Ray, California. At eight months old, he relocated to Japan following his mother’s death. During his adolescence, Japanese police detained Fujimoto, prompting his father to move him back to the United States at age 12. Upon arriving in San Francisco, Fujimoto knew little English but worked hard to improve his skills, graduating high school at 20 years old. One year later, in July 1941, the Army drafted Fujimoto.

Fujimoto initially was in the medical corps and attended Camp Grant, Illinois, for basic training. Five months after his arrival, the Japanese attacked Pearl Harbor, resulting in the segregation of Asian Americans in the Army. Those of Japanese ancestry, including Fujimoto, did not receive additional field training and began working in hospitals instead. Over the next year, Fujimoto transferred between bases in Mississippi and Texas, helping to establish medical stations. At Camp Shelby in Mississippi, Fujimoto served with the 442nd Infantry Regiment, 100th Battalion, a unit of only American-born Japanese soldiers. In August 1943, Fujimoto transferred to Camp Savage, Minnesota, in a military intelligence service unit. For six months, he studied Japanese, then went overseas.

In July 1944, Fujimoto went to Brisbane, Australia. There, he reported to Gen. Douglas MacArthur and translated captured Japanese documents. After two months, Fujimoto went to New Guinea, where he continued to translate Japanese messages and occasionally interrogated prisoners of war.

By May 1945, he was in Manila, Philippines, working with Filipino units to search for remnants of Japanese occupation. He was the personal interpreter for Deputy Chief of Staff Richard J. Marshall. In the Philippines, Fujimoto promoted to second lieutenant.

On Aug. 27, 1945, Fujimoto accompanied Gen. MacArthur to Japan to sign the official termination of war agreement. He and four other Nisei officers were responsible for all translation and interpretation work during the four days it took to draft the terms of surrender. The two sides signed the papers Sept. 2, 1945, aboard the USS Missouri. He considered it an honor to assist in the translation of the most important document of the conflict.

After the war, Fujimoto continued to interpret for U.S. officials in Tokyo at the Allied General Headquarters. He returned to California on Dec. 24, 1945.

During his service, Fujimoto received an American Defense Medal, an Asiatic-Pacific Medal with two battle stars, a Philippines Liberation Medal and a World War II Victory Medal. He also received a Korean Service Medal for his service in that war.