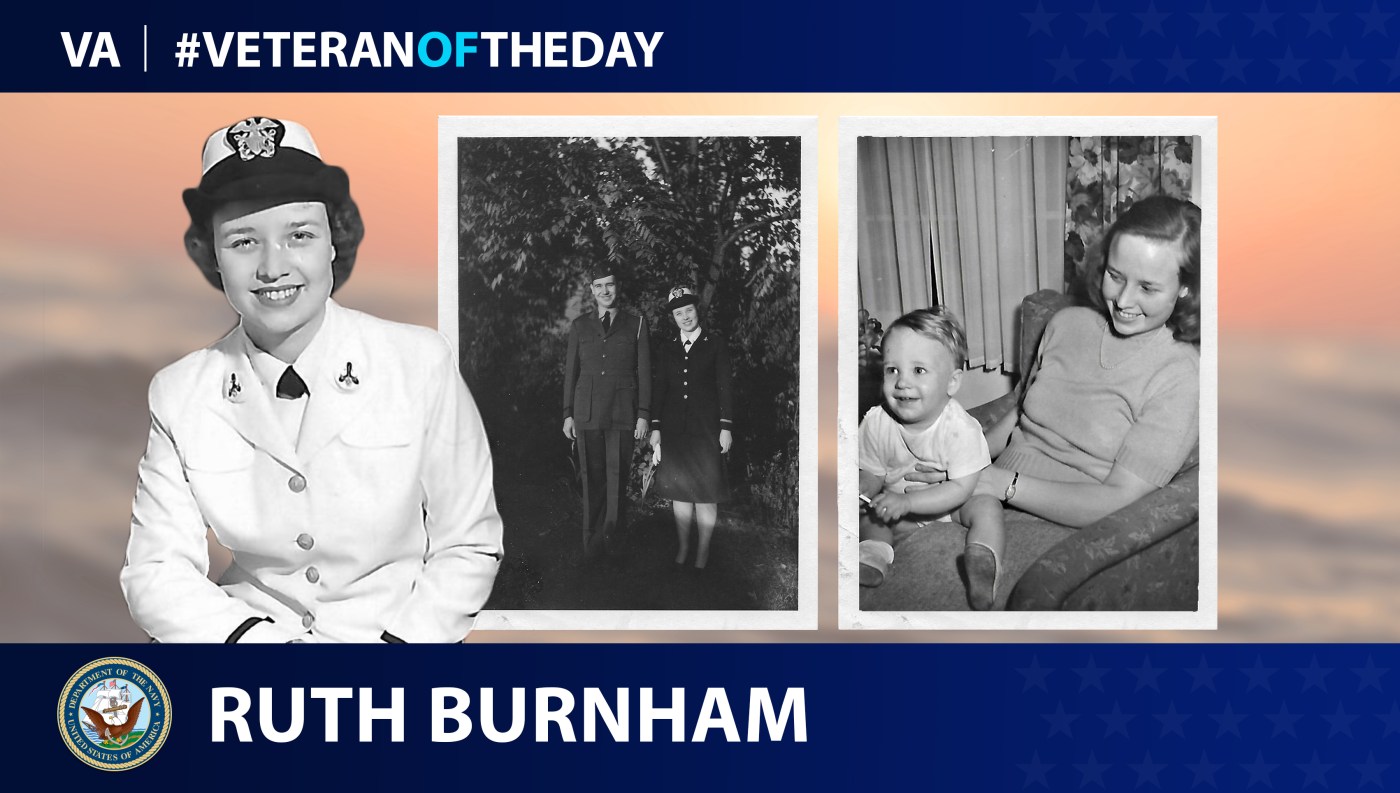 Born in Elgin, Illinois, in March 1921, Ruth Burnham, née Drover, was the daughter of an English immigrant and a Chicago schoolteacher. Her early years were in the Golden Age of the Roaring ‘20s, before facing hardships through the Great Depression. Growing up in the 1930s was difficult with the Great Depression and being one of five siblings. She graduated from Barrington High School in 1938. After experiencing the Great Depression firsthand, Burnham fondly said, “Everything after that was a gift.”

Burnham earned a bachelor of science in home economics from the University of Illinois. In 1942, she joined the Women Accepted for Volunteer Emergency Service (WAVES), becoming a member of the Navy Reserve. She was considered a “90-day wonder,” assigned to the Navy Reserve Midshipmen’s School of Northampton, Massachusetts. While there, Burnham trained for special Reserve officer status. This made her the third member of her family to serve in World War II, following two of her brothers.

Burnham retained the rank of ensign. She served with the Office of Naval Officer Procurement in Kanas City, Missouri. During her service, she was one of the “Girls in Blue.” They were recruitment officers who enlisted the Daughters of America’s Midwest into the Naval ranks and assisted in the war effort. These duties had Burnham traveling to places like St. Joseph, Missouri, and Salina, Kansas. In 1943, she met her husband to-be, Ensign Joseph Burnham. The two married that September. The military newspaper, Stars and Stripes, reported that they were the first World War II Reserve ensigns to marry one another. In June of the following year, Burnham became pregnant with her first child and honorably discharged.

After World War II, in 1955, Burnham and her husband brought their family west of Chicago to the small town of Batavia, Illinois, where she raised her five children. She spent most of her time raising her family and committing to volunteer service. Burnham devoted much of her free time to the local congregational church by preserving history, assisting the well-being of retired seniors and more.

Burnham is proud to belong to “the Greatest Generation” and of serving within the Navy. She once said, “Embracing a cause—making a difference—gives a perpetual spark to one’s life journey.” Of her numerous accomplishments within her almost 10 decades of life, she still says serving in the Navy was her proudest moment.