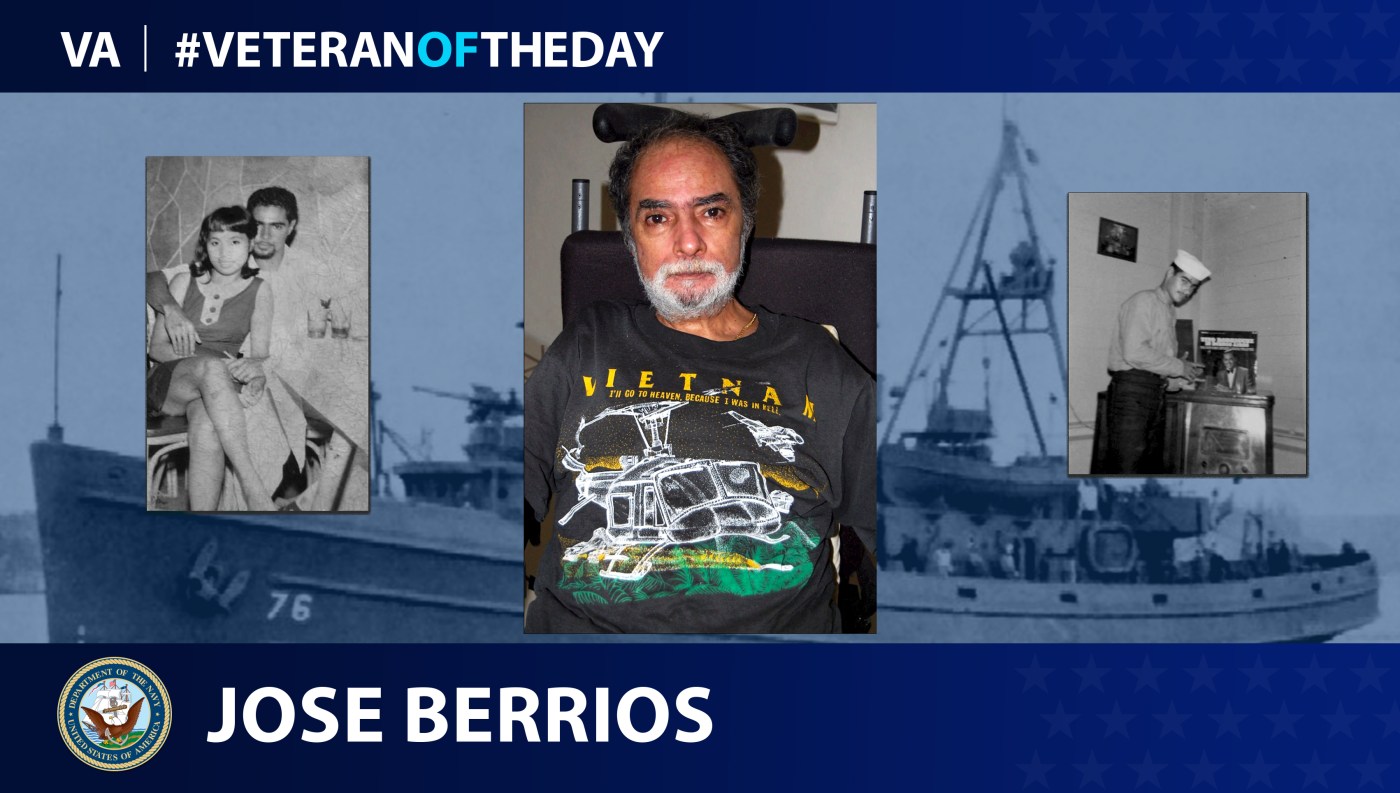 During Caribbean-American Heritage Month, today’s #VeteranOfTheDay is Navy Veteran Jose Antonio Berrios, who served as a boatswain mate during Vietnam.

With a self-professed love of ships, Puerto Rico native Jose Antonio Berrios enlisted with the United States Navy after graduating high school in 1965. After completing his training, the Navy assigned Berrios to the USS Ute Navajo, a class tug. Soon after assignment, Berrios deployed to Vietnam.

At one point, Berrios and his crew assisted two ships that ran aground on the beach. The rescue operation took 21 days. The majority of the operation occurred under enemy fire. Throughout the rescue operation, incoming fire nearly struck Berrios several times.

The Navy discharged Berrios in 1968 at the rank of petty officer third class. After discharge, Berrios returned to his home in Puerto Rico.