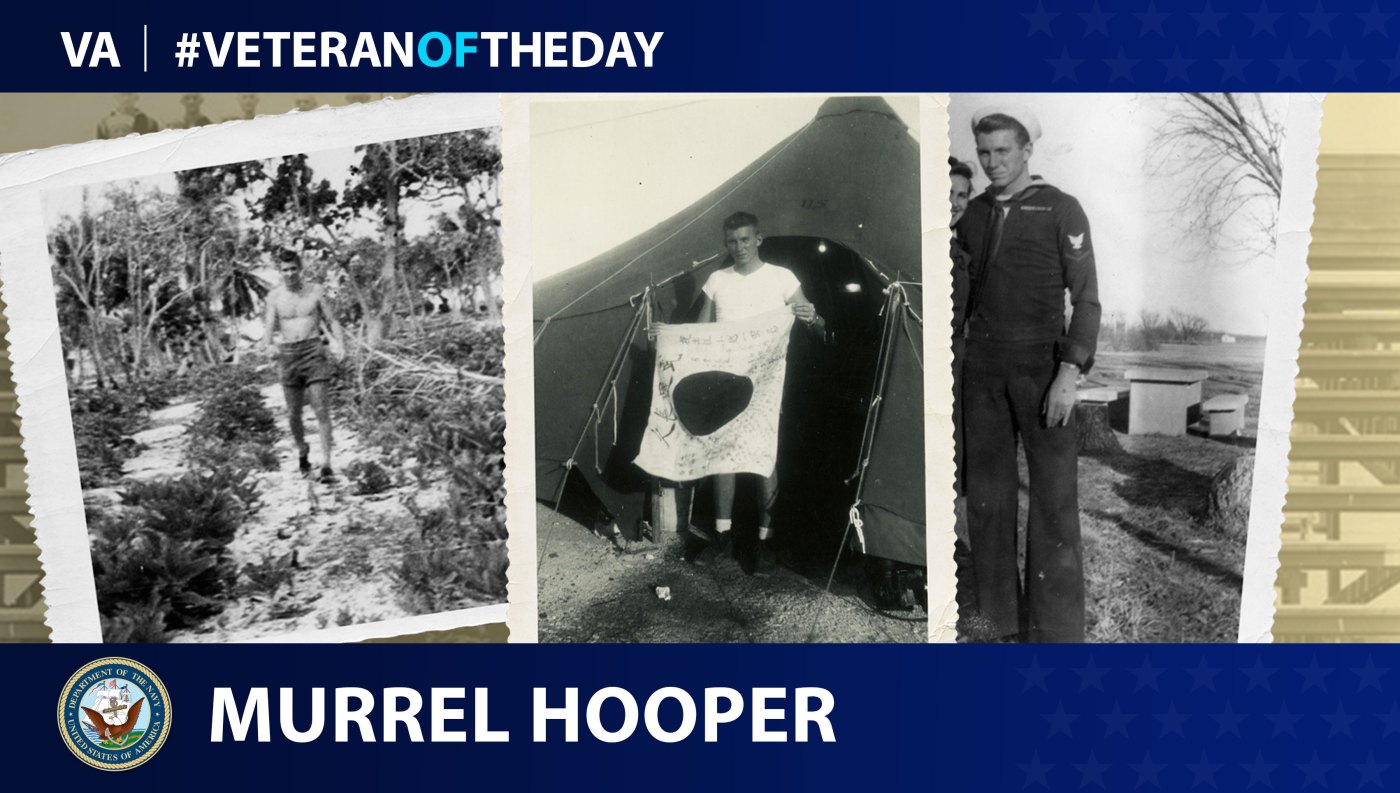 Today’s #VeteranOfTheDay is Navy Veteran Murrell Hooper, who served as a pharmacist’s mate in the Pacific during World War II from 1943 to 1946.

After Japan attacked Pearl Harbor, Murrell Hooper remembered going to a school assembly and hearing that President Roosevelt had declared war. Hooper considered joining the Navy since he had participated on his school’s swim team, worked as a lifeguard, and worked in the Sea Scouts—an organization which allowed boys to experience life at sea.

After graduating high school in 1943, Hooper enlisted in the Navy. He went to San Diego for basic training, where he became a pharmacist’s mate and learned first aid, basic medicine, and human anatomy. He trained to do equivalent work to what a nurse could do.

Hooper was later assigned to an amphibious unit and sent to the Marshall Islands. He first worked at an aid station on Kwajalein Island and then spent most of his time during the war at Ebeye Island.

At war, Hooper had limited supplies, working in a tent with portable operating tables. Most of the worst injuries from fighting in the Pacific came into the aid station at Ebeye. If the patients couldn’t be treated there, they were sent to a more permanent hospital.

Hooper remembers once receiving a dead airman at Ebeye Island. He had no visible wounds, so the doctors decided to perform an autopsy. Due to the heat and muscle contraction, the dead airman shot up from the bench. Frightened, he refused to go back into the tent alone.

Hooper spent the end of his service on Wake Island, after the war was over. There were a lot of Japanese people on the island, one of which Hooper treated for a toothache. The patient was so thankful for his cured toothache that he often came back to the hospital to do the laundry and make the beds.

Hooper left the Navy in 1946, and soon found work with the Red Cross. He went to college and became a photographer, and later worked at a paint store. Hooper died in 2014.