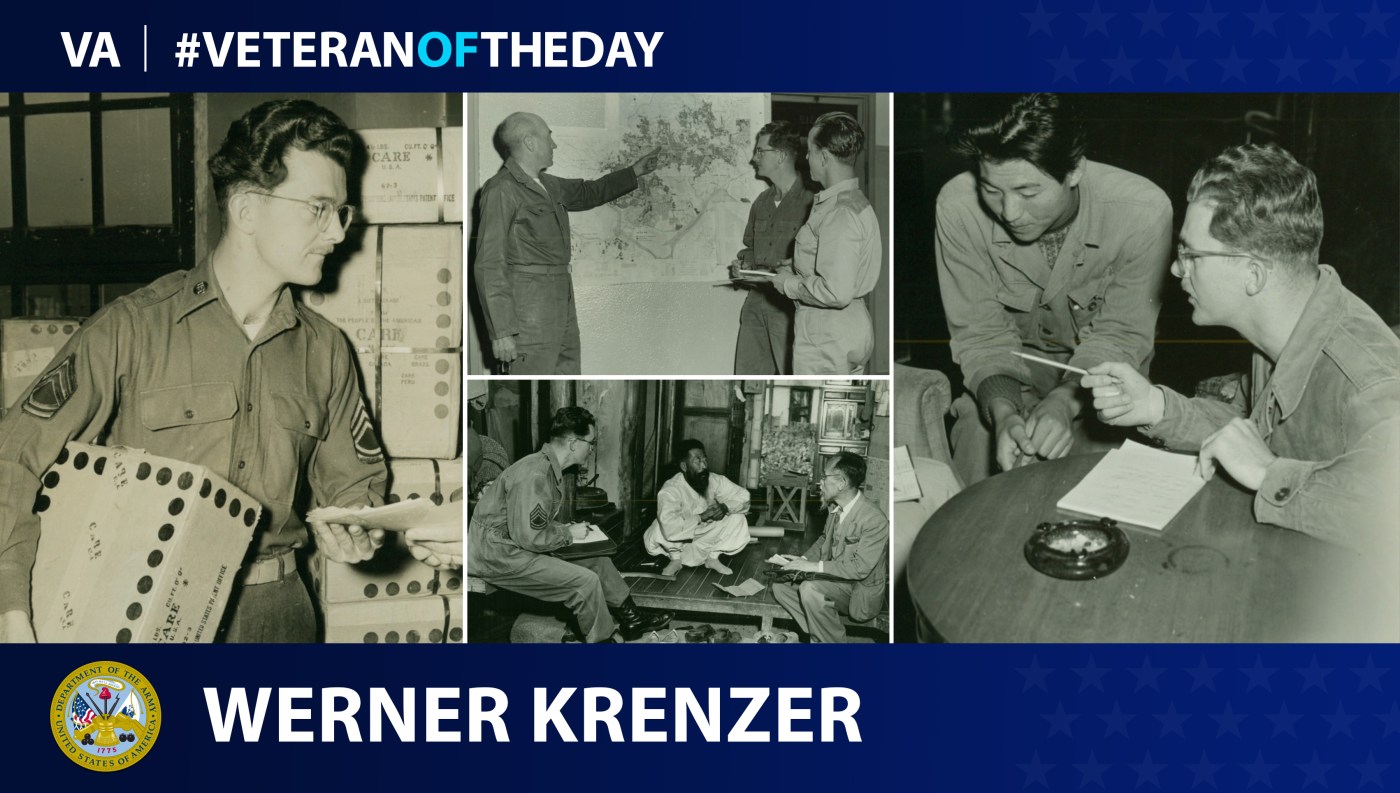 Today’s #VeteranOfTheDay is Army Veteran Werner Krenzer, who served in the Pacific during World War II, in Korea and with NATO.

Werner Krenzer was born in 1926 in Aschaffenburg, Germany. When Hitler gained popularity in the 1930s, his family left Germany to live in America. Werner’s family had many military men. His brother, Ronald, served in the U.S. Navy. His other brother, Helmut, was in the Army. His father was a wounded World War I Veteran.

When he got drafted in 1944, he was happy to join the Army. He was a part of the 24th Infantry Division and went with invasion forces to Japan. After serving in Japan, he returned to the United States in 1946 as a sergeant. A few years later, he reenlisted and worked in the United Nations Civil Assistance Command Korea (UNCACK).

During his time serving in the UNCACK, someone wrote an article about Krenzer for Reader’s Digest and soon became a sensation. Because of his involvement with helping the impoverished youth of Korea, he was featured on the cover of the New York Times and True Confessions. He was the subject of the NBC TV Armstrong Circle Theatre episode “The Strange War of Sergeant Krenzer.”

Krenzer then worked for NATO at the American embassy in Rome on the military aid program. After leaving the military and working with NATO, Werner decided to go back to college and earned an associate’s degree in data processing.