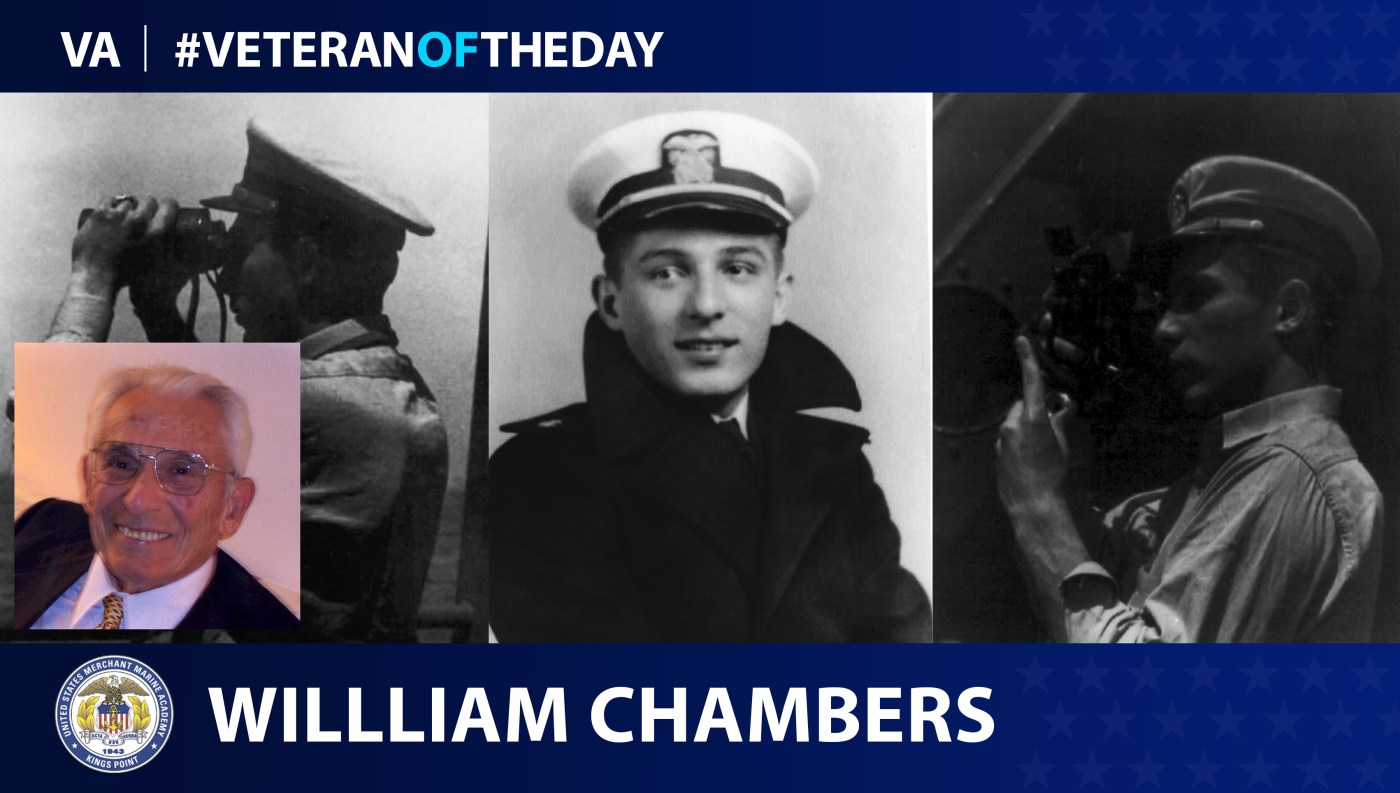 William Scott Chambers was born in Feb. 1921. After graduating high school, he attended the Pennsylvania State Nautical School from October 1939 to October 1941.

Chambers’ first voyage as a Junior Third Mate was aboard SS Steel Maker, a cargo ship that was heading toward Pearl Harbor in December 1941. They were at sea when the captain received word the Japanese attacked Pearl Harbor. SS Steel Maker arrived in Honolulu Harbor a few days after the Dec. 7 attack. While docked in Kahului Harbor, Chambers and the other men heard only rumors about what happened. They were not allowed to see the damage in or around any parts of the waterfront.

In March 1942, Chambers crossed the North Atlantic on SS Steel Worker. It departed Philadelphia for Murmansk, Russia, with cargo for the Russian military—including 250 tons of explosives. SS Steel Worker had machine guns for the merchant seamen since there were no U.S. Navy armed guards on board.

From May 25 to May 31, the ship was under constant air attack. When SS Steel Worker arrived at port, the men quickly unloaded the explosives. Unfortunately, on the way to discharge the remaining cargo at another berth, an explosive hit SS Steel Worker and sank her June 3, 1942. Reports from Great Britain said that the ship hit a mine. Reports from Russia indicated a torpedo hit the ship.

Chambers also served on a cargo ship carrying supplies for the Allied invasion of North Africa. He continued to sail on ships to support the war effort and docked in various ports including Cuba, New Brunswick, Nova Scotia, Ireland, Scotland and Italy.

Chambers received several medals and citations for his contribution to the war effort, including the Merchant Marine Emblem, the Atlantic War Zone Bar, the Pacific War Zone Bar, the Mediterranean Middle East War Zone Bar, the Victory Medal, the Combat Bar with two stars, the Honorable Service Button, and a Presidential Testimonial Letter by President Harry Truman. Five years after the war had ended, he was awarded the 50th Anniversary Victory in the Great Patriotic War by the Russian government.

After the war, Chambers attended the Massachusetts Institute of Technology. He graduated in June 1950 with a degree in marine transportation.

You can learn more about Chambers’ travels during WWII on the Veterans History Project, here: http://memory.loc.gov/diglib/vhp/story/loc.natlib.afc2001001.18182/.