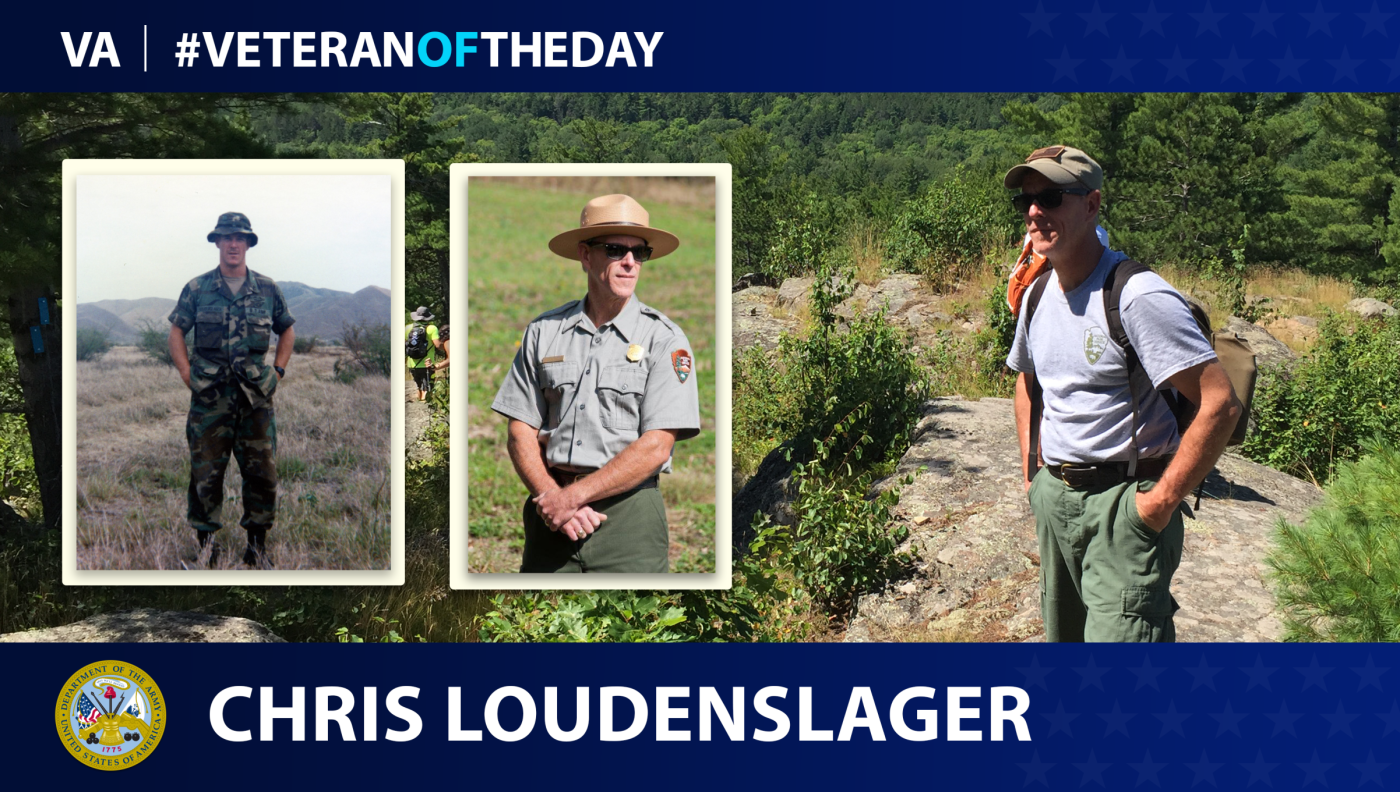 From 1988 to 1992, Chris Loudenslager served in the Army infantry, and with A Company, 3rd Battalion, 75th Ranger Regiment from 1988-1990. In December 1989, he parachuted into Panama during the initial invasion of Operation Just Cause.

From 1993 to 1997, he served as an Army Special Forces Communications Sergeant. While a member of A Company, 2nd Battalion, 3rd Special Forces Group, Operational Detachment-Alpha 345 and 346, Loudenslager deployed to Haiti and the Caribbean Islands. He trained, advised and assisted the Haitian Presidential Security Detachment as a member of the Presidential Security Advisory Unit. He also served as a special operations liaison to the United Nations during Operation Uphold Democracy.

Loudenslager returned to college in 1997 but, as a non-traditional student, he felt increasingly isolated, and recalled thinking, “They should just stick me in the woods on a mountaintop somewhere: I wonder if they pay anyone to do that?”

These thoughts led him to transfer to Michigan Technological University to pursue a major in forestry. At a job fair, Loudenslager met a National Park Service (NPS) representative from Isle Royale National Park. Loudenslager knew the representative’s husband, a senior noncommissioned officer, from their time in Special Forces together. The peaceful island wilderness environment was exactly the sort of setting he had envisioned, and he worked as a temporary employee in Isle Royal National Park for four seasons.

After Loudenslager received his bachelor’s degree in forestry, he earned a master’s degree in policy and park management at Michigan State University and spent some time working as a trails technician for the U.S. Forest Service. In 2015, Loudenslager returned to the NPS as a permanent employee as the trail planner for the 5,000-mile long North Country National Scenic Trail.

He later became the trail manager and then achieved his ultimate goal of being a park superintendent in 2019. Loudenslager explained how his career provides him with the opportunity to “…leverage [his] special forces experiences with working with people that are different than [him] to build coalitions around a common goal, then working hand-in-hand with these groups as an active and credible partner to provide the training, technical assistance and guidance they need to be successful.”