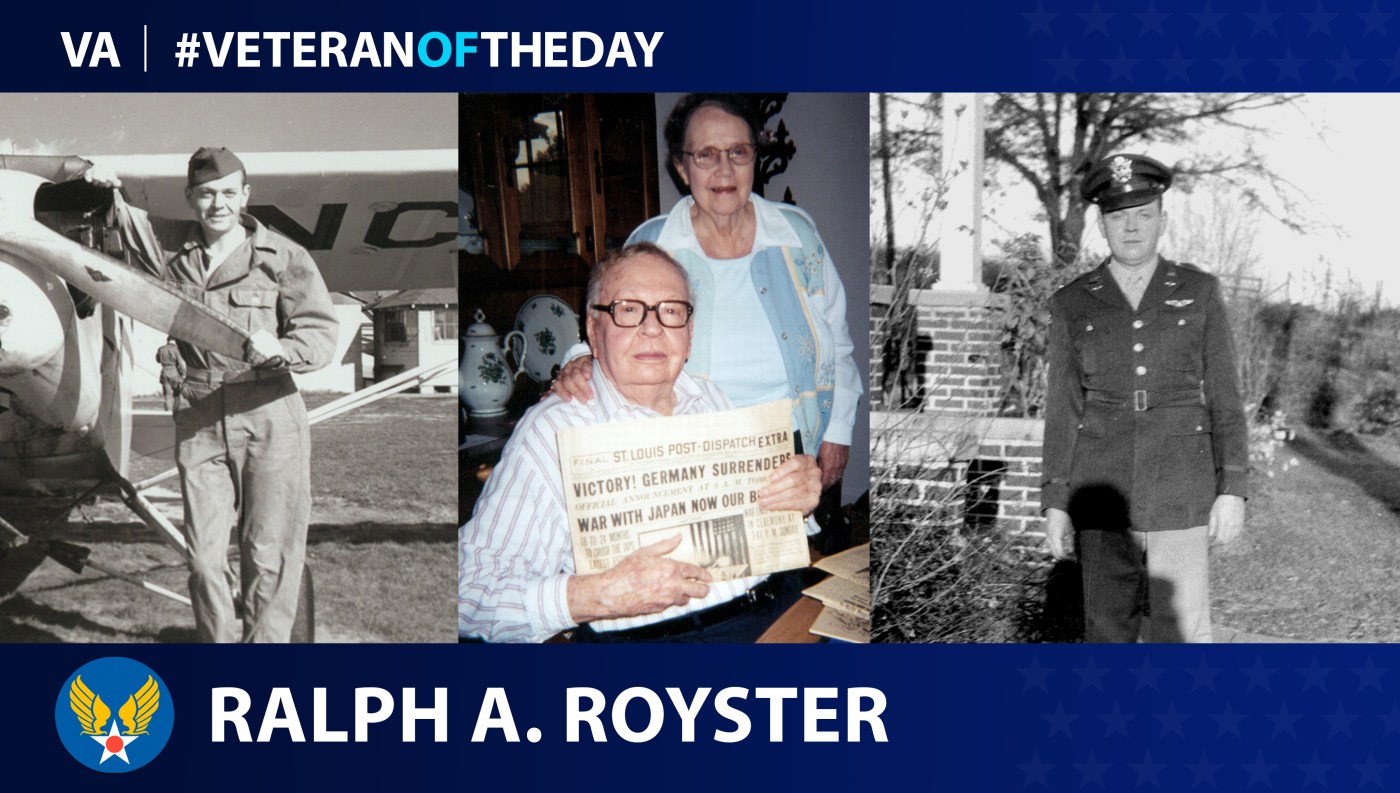 In 1942, Ralph Roy Royster enlisted in the Army Signal Corps where he learned how to operate a radio and received pre-radar training. He completed this training in Lexington, Kentucky, where he graduated top of his class.

Royster then went to Military Intelligence School, but after doing that for a while, he requested a transfer into the Army Air Forces. He spent 11 weeks training at Butler University where he broke curfew to see a movie with a girl who would later become his wife.

After his training, Royster opted to go to bombardier school in Ellington Field, Texas. He received further training and became a second lieutenant. Just as the crew prepared to go overseas, Royster came down with a serious ear infection and stayed behind. He later learned that his original crew that went over without him were all killed when they took a direct hit.

Royster later went overseas to Italy. While in Italy, he volunteered for various missions such as a secret mission to frag bomb the Germans opposite the Fifth Army and radar navigation school. Royster continued to work for the radar navigation school throughout the rest of the war. He was on a standby mission when his crew received news the war ended. Royster returned home after his discharge.

He later went on to be a college professor and an assistant superintendent. Royster passed away in 2013.