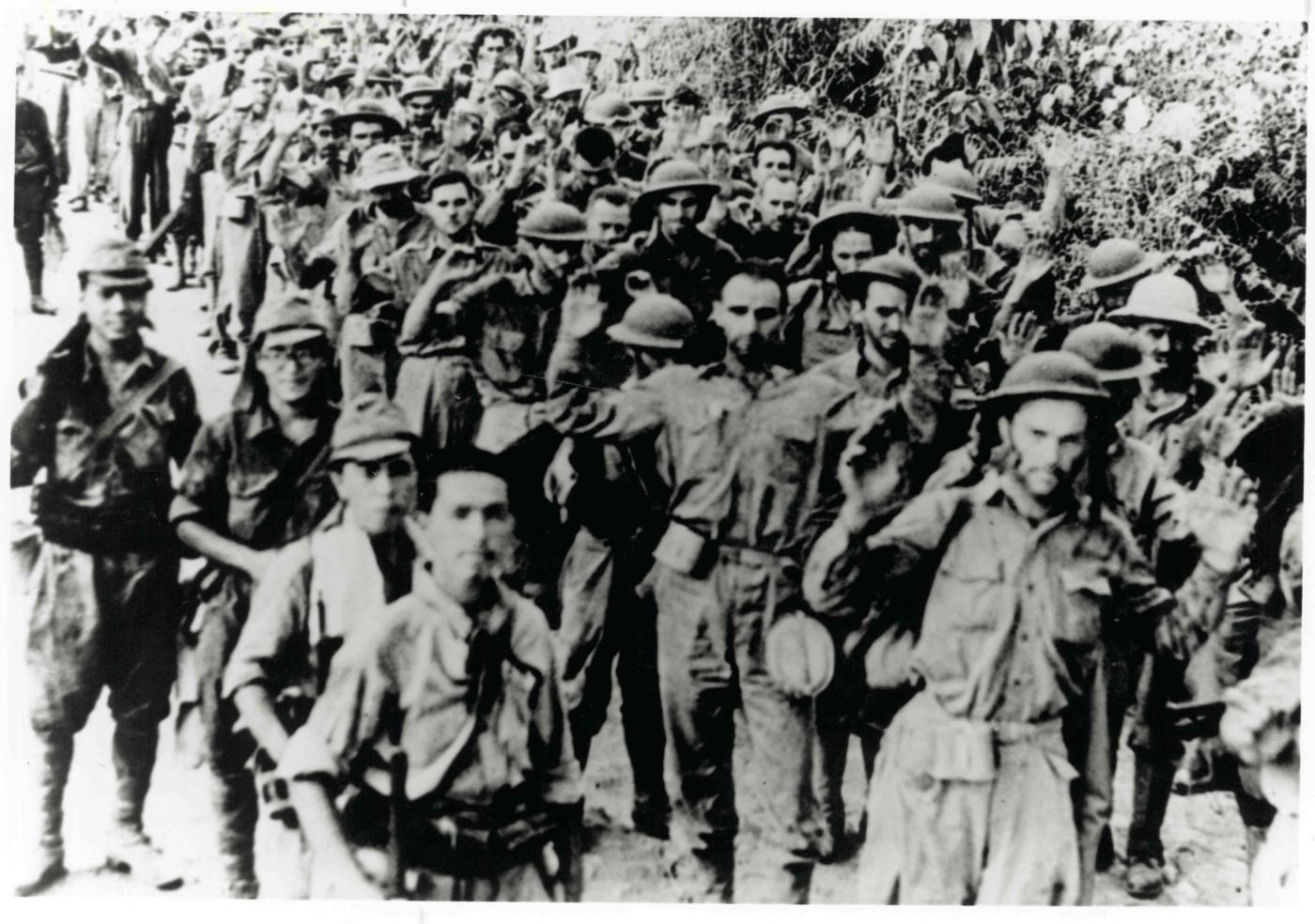 It is the day in 1942 that Major General Edward P. King Jr. surrendered the Bataan Peninsula, Philippines – against General Douglas MacArthur’s orders – and 78,000 troops (66,000 Filipinos and 12,000 Americans), the largest contingent of U.S. soldiers ever to surrender.

It is alo the start of the 85-mile Bataan Death March, the forced march from the tip of Bataan (for most) and a hellacious box car train trip followed by another forced march to a makeshift POW camp at O’Donnell that had only one spigot for water. Thousands of American and Filipino troops died.

Victims included volunteers and soldiers from Czechoslovakia, Estonia, Latvia, the United Kingdom, Ireland, Australia, Canada, Norway, Netherlands, Germany, Finland and Switzerland. There is a memorial to the Czech volunteers at the Capas National Shrine in the Philippines.

April 9 is also the Day of Valor, a national holiday in the Philippines. In Washington D.C., there will be a ceremony held at 11:00 am EST at the National WW II Memorial. It is hosted by Filipino Veterans Recognition and Education Project (FilVetREP).

In San Francisco, the Bataan Legacy Historical Society is hosting a Day of Valor ceremony at 11:00 am PST. You can attend virtually here: https://www.facebook.com/BataanLegacy.

May 6th is the 79th anniversary of the surrender of Corregidor and the whole of the Philippines. Only one-third of the Americans surrendered in the Philippines survived the War.

On March 18th, the American Defenders of Bataan and Corregidor Memorial Society submitted testimony to the joint hearing of the House and Senate Veterans Committees on VSOs.

Mindy Kotler Smith, via the American Defenders of Bataan and Corregidor Memorial Society.