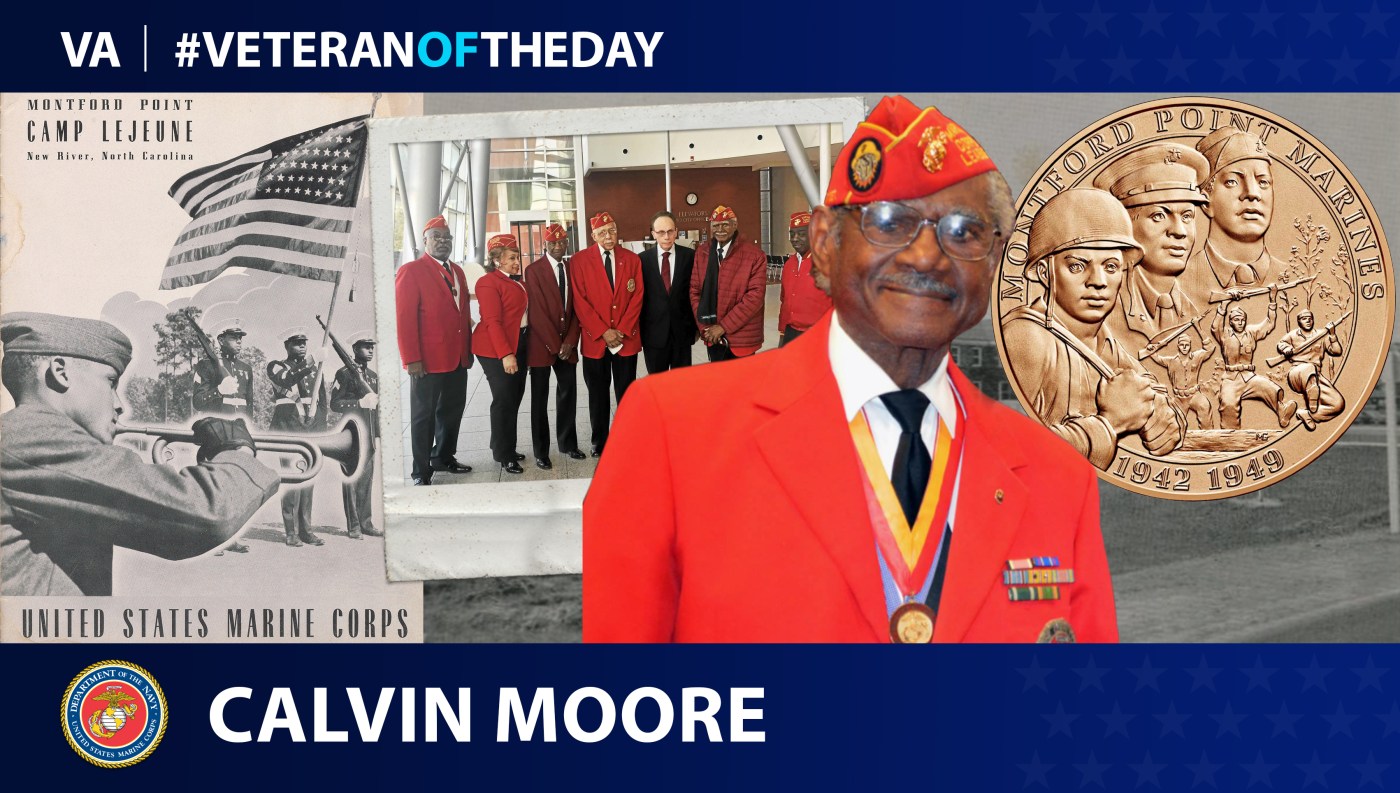 Today’s #VeteranOfTheDay is Marine Corps Veteran Calvin Moore, who was one of the Montford Point Marines who integrated the service during World War II.

In August 1942, at Camp Montford Point near Jacksonville, North Carolina, the first group of African American soldiers to ever train for the Marine Corps began reporting for basic training. Over the course of seven years, 20,000 Black Marines received training at Montford Point after President Franklin Delano Roosevelt ordered their access to basic training in June 1941. Among those was Calvin Moore.

Camp Montford Point was a segregated facility. Moore said he never forgot the harsh treatment and racism he endured for wanting to serve his country. The African American men lived in prefabricated huts in Montford Point. White Marines stayed a few miles away at a new facility on Camp Lejeune. When the camp was first established in 1942, all the individuals in charge were white, but by late 1943, Black Marines replaced the white instructors.

Black Marines experienced racism every day. Moore, in particular, remembers an instance of not being served a meal on a train full of Marines headed home, and the feelings associated with the blatant discrimination.

In 1948, President Harry Truman eliminated all segregated units within the military.

The surviving Montford Marines received the Congressional Gold Medal on behalf of the entire group from President Barack Obama in November 2011. Moore said in an interview with the Detroit Free Press, “I’m going to cherish it. I’m going to put it in a case and hang it on the wall in a prominent place for everyone to see.”

Out of the nearly 20,000 Marines to train at Montford Point, there are an estimated 300-400 still living today.

Moore discharged as a corporal. He continued to drive, cook and work in his yard until age 95.