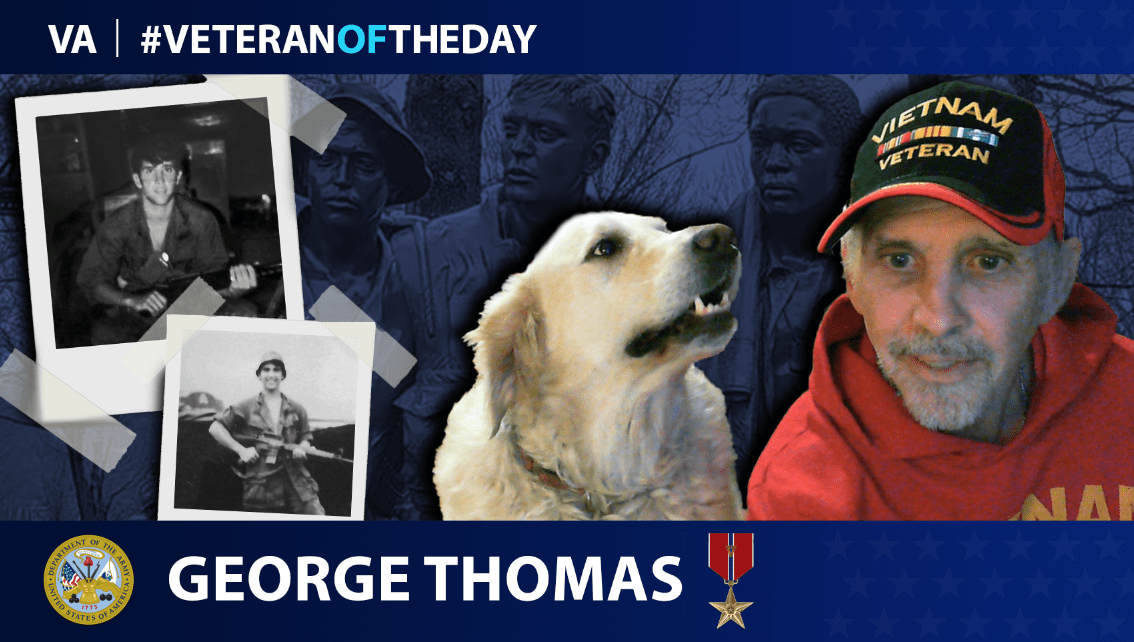 Today’s #VeteranOfTheDay is Army Veteran George Thomas, who served as an artilleryman in the 23rd Infantry Division during the Vietnam War.

George Thomas was born and raised in Walker, Michigan. After graduating Kenowa Hills High School, he did not think that he would serve in the Army, because it was not in the plan for his life. He volunteered to follow his friend who had been drafted.

Thomas deployed to Vietnam, serving until October 1971. He suffered from severe PTSD. He later contracted throat cancer from the exposure of Agent Orange, Agent Blue, Agent Pink, and other chemicals known as the Rainbow Herbicides during his time in Vietnam, making him a disabled Veteran.

After his service, Thomas struggled with what transpired over at Vietnam. He said he drank and had a difficult time holding relationships and feeling the hardships of society’s viewpoint of Vietnam War Veterans.

To this day, Thomas considers the best day of his life was when he returned home from Vietnam. Even when there was nobody to greet him, he felt a sense of absolute relief that his duty was done and he could rest and get on with his life. Thomas a Bronze Star Medal and Army Commendation Medal during his service.

After his service, Thomas worked as a corrections officer and no longer drinks.

Thomas has lived in Rockford, Michigan, for 31 years. He lives with his faithful dog, Piper.